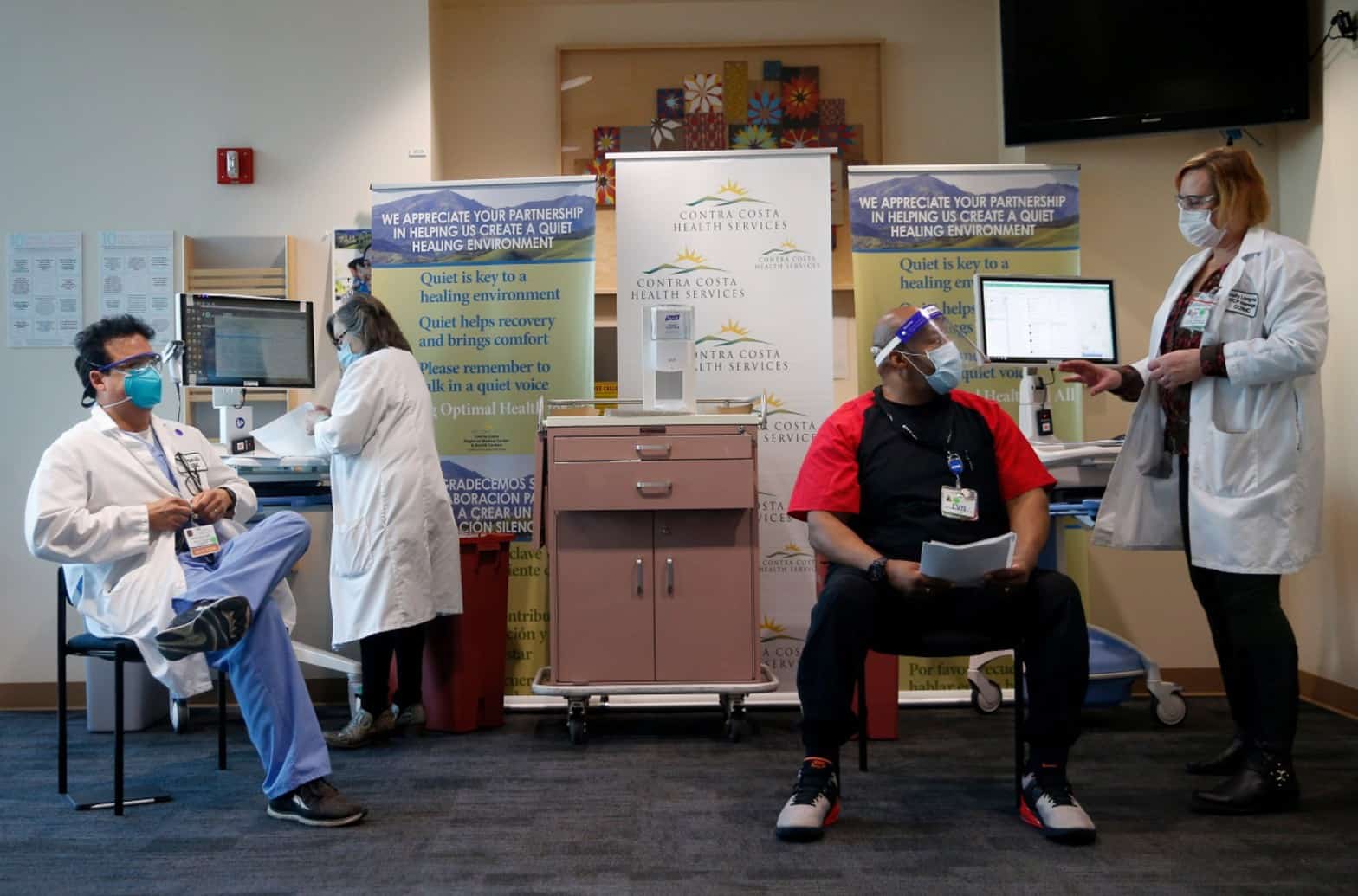 “This is the biggest trade secret crime I have ever seen,” Alsup said. “This was not small. This was massive in scale.”

Levandowski pled guilty to heisting some of Google’s breakthroughs in self-driving cars before he left the company in 2016 and later joined Uber to help the ride-hailing service build its own robotic vehicles.

In a statement about Levandowski’s pardon, the Trump administration cited other comments that Alsup made about the engineer’s brilliant mind. “Mr. Levandowski has paid a significant price for his actions and plans to devote his talents to advance the public good,” the statement said.

While in office, Trump railed against China’s alleged theft of technology developed in the U.S. as one of the main reasons for his administration’s trade war with that county.

Levandowski didn’t land in prison after his sentencing last year. Alsup delayed his sentence during the pandemic to reduce Levandowski’s chances of becoming infected with COVID-19. A hearing on the timing of Levandowski’s prison sentence had been scheduled for Feb. 9.

In a tweet, Levandowski thanked Trump and everyone who supported his cause.

The Trump administration cited the support 13 people as a major influence for granting the pardon. The group pushing for the pardon included three of Levandowski’s attorneys in his criminal case, as well as Peter Thiel, a PayPal co-founder. Thiel ranks among the most influential investors in the tech industry and was a prominent supporter of Trump who spoke at the Republican National Convention in 2016.

Trump also called out five other people who either work closely with Thiel or have run startups that received investments from Thiel’s various funds.

The Lawyers Had Been Seeking to Claim $1.5 Million That Had Been Held in a Trust Account

That group consists of: Blake Masters, who co-wrote a book with Thiel and serves as chief operating officer of Thiel Capital; Trae Stephens, a partner at Thiel’s Founders Fund and who on Trump’s transition team after his 2016 election; Palmer Luckey, the co-founder of virtual reality startup, Oculus, that was backed by Thiel before it was sold to Facebook; Ryan Petersen, CEP of Flexport, another tech firm backed by Thiel; and James Proud, who also once ran a tech firm called Hello backed by Thiel.

Neither Thiel nor Stephens responded to a message left for them at the Founders Fund. Masters and Petersen didn’t immediate respond to a request for comment about their reasons for supporting Levandowski’s pardon. Efforts to reach Proud were unsuccessful.

The three Levandowski lawyers who lobbied for his pardon — Miles Ehrlich, James Ramsey and Amy Craig — have been trying to collect on a $5 million bill that they say Levandowski still owes their firm, according to court documents. Levandowski filed for bankruptcy last March after being ordered to pay Google $179 million as part of an arbitration dispute surrounding bonuses paid to him before he left the company.

The lawyers had been seeking to claim $1.5 million that had been held in a trust account, but a bankruptcy judge denied that request last year.

Now that Levandowski won’t be in prison, he may be able to get another job in the tech industry that would help him pay his lawyers. Ehrlich, Ramsey and Craig didn’t immediately respond to requests for comment about their support for a Levandowski pardon or the money owed by their client.

Besides resulting in criminal charges, Levandowski’s skullduggery also was at the heart of a high-stakes lawsuit filed against Uber by Waymo, a spinoff born from Google’s work on robotic vehicles.

Uber denied ever using the technology that Levandowski took from Google. But the ride-hailing service wound up paying $245 million to settle the case a few days into a high-profile trial that saw its former CEO Travis Kalanick take the witness stand to discuss his friendship with Levandowski.

The two men grew so close that Uber paid $680 million in 2016 to acquire a self-driving truck company called Otto that Levandowski started after leaving Google. Kalanick then appointed Levandowski to oversee Uber’s self-driving car division before firing him in 2017.

Related Topics:Google
Up Next