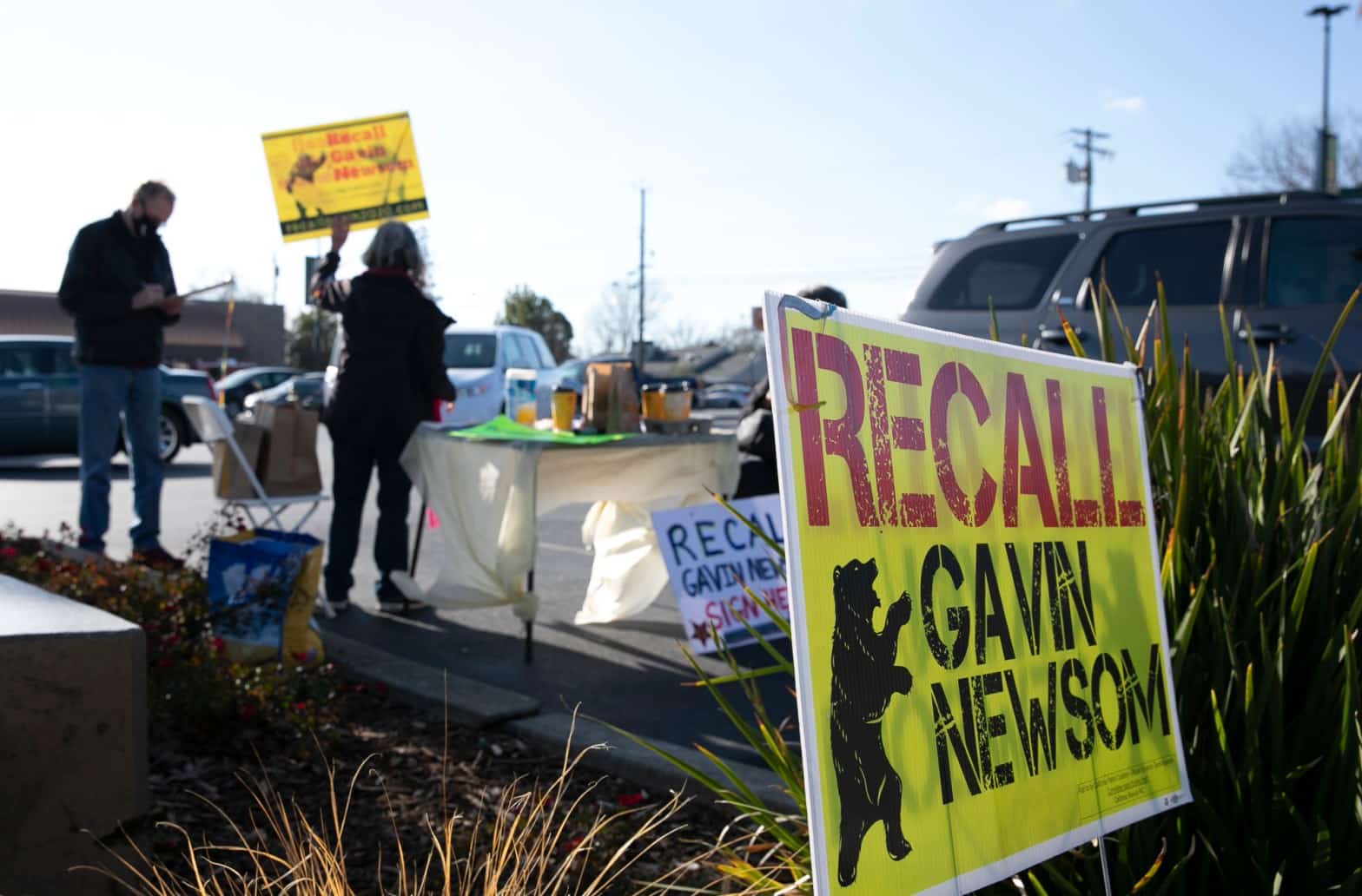 When is a constitutionally outlined petition campaign to remove an elected leader actually a “treasonous” effort to subvert the democratic process?

According to the California Democratic Party, when Republicans are on one side of the campaign and Gov. Gavin Newsom is on the other.

In a press conference Tuesday afternoon, the state’s largest political party denounced the germinating effort to ask voters to recall Newsom, likening it to the mob laden with white supremacists and conspiracy theorists that stormed the U.S. capitol building last week in a fruitless effort to overturn the results of the 2020 presidential election.

“Some of the same individuals and groups who were encouraged by California Republican leaders and (who) attacked the people’s house are also engaged in a recall effort against Governor Gavin Newsom right here in California,” said party chairperson Rusty Hicks. “This recall effort, which really ought to be called ‘the California coup,’ is being led by right-wing conspiracy theorists, white nationalists, anti-vaxxers and groups who encourage violence on our democratic institutions.”

Hicks was followed by a number of elected Democrats who reiterated the argument. Fresno City Councilmember Nelson Esparza called the recall effort “treasonous.” Former Assemblymember and current San Diego Mayor Todd Gloria said he appreciated “the opportunity to draw a straight line from the horrible events of last week in Washington D.C. to the current events here in California.”

But the Democrats were unwilling and perhaps unable to draw that straight line. Asked by a reporter for evidence that the Proud Boys and other violent extremist groups had ties to the recall effort, Hicks promised to “follow up…with some specifics.”

Unlike a coup, which is an illegal seizure of power, a recall campaign is a democratic mechanism written into the California constitution that allows voters to remove an elected official by popular vote. The campaign to remove Newsom from office backed by the California Republican Party and other conservative groups — largely over complaints that he has mismanaged the state’s pandemic response and overstepped his authority — has reached 1 million of the 1.5 million signatures needed to trigger a special election, according to campaign organizers.

Randy Economy, a senior advisor and spokesperson for the recall effort with a history of working as a political consultant for southern California Republicans, lambasted the “farcical and bizarre press conference,” which he called a sign of political desperation.

He also rejected as “horrendous” the claims that the campaign is tied to white supremecist groups or other extremists.

“Our recall effort is tied to all Californians,” he said. “Jesus Christ, they’re going to go there? That’s how bad the Democratic Party is in California.”

As Politico reported, Orrin Heatlie, the lead organizer of the campaign, has posted extreme views on social media, including one post in which he suggested that undocumented Californians be “microchipped.”

The recall effort has been buoyed in recent weeks by the endorsements of high-profile Republicans including former San Diego Mayor Kevin Faulconer, who is flirting with the idea of running for governor, along with former House Speaker Newt Gingrich and former Arkansas Gov. Mike Huckabee.

Today marks the first time the California Democratic Party has publicly contended with the recall effort. If the petition drive succeeds, voters will be presented with two ballots: one up-or-down vote on whether to remove Newsom and a second to choose his replacement. That format would require state Democrats to make a difficult choice between renouncing the entire campaign or fielding a Democrat to compete on the second ballot — an insurance policy in case voters give Newsom the axe, but potentially undermining their message to vote against doing exactly that.

Though recall attempts are a perennial often-fringy feature of California politics, the only successful effort was the ouster of Democratic Gov. Gray Davis in 2003. The Democratic establishment opposed the effort, which was motivated by a boosted vehicle fee and by Davis’ handling of the state’s electricity crisis. But Democrats did run to replace him, including the state’s lieutenant governor, Cruz Bustamante. Instead, voters booted Davis and picked the iconoclastic movie star Arnold Schwarzenegger as his replacement.

Asked what the party’s game plan is this year, Hicks demurred.

“Anything and everything is on the table,” he said. “But today we want to ensure that signers, endorsers and funders understand exactly who is seeking to further this effort.”

Related Topics:CaliforniaDemocratsGov. Gavin Newsom
Up Next