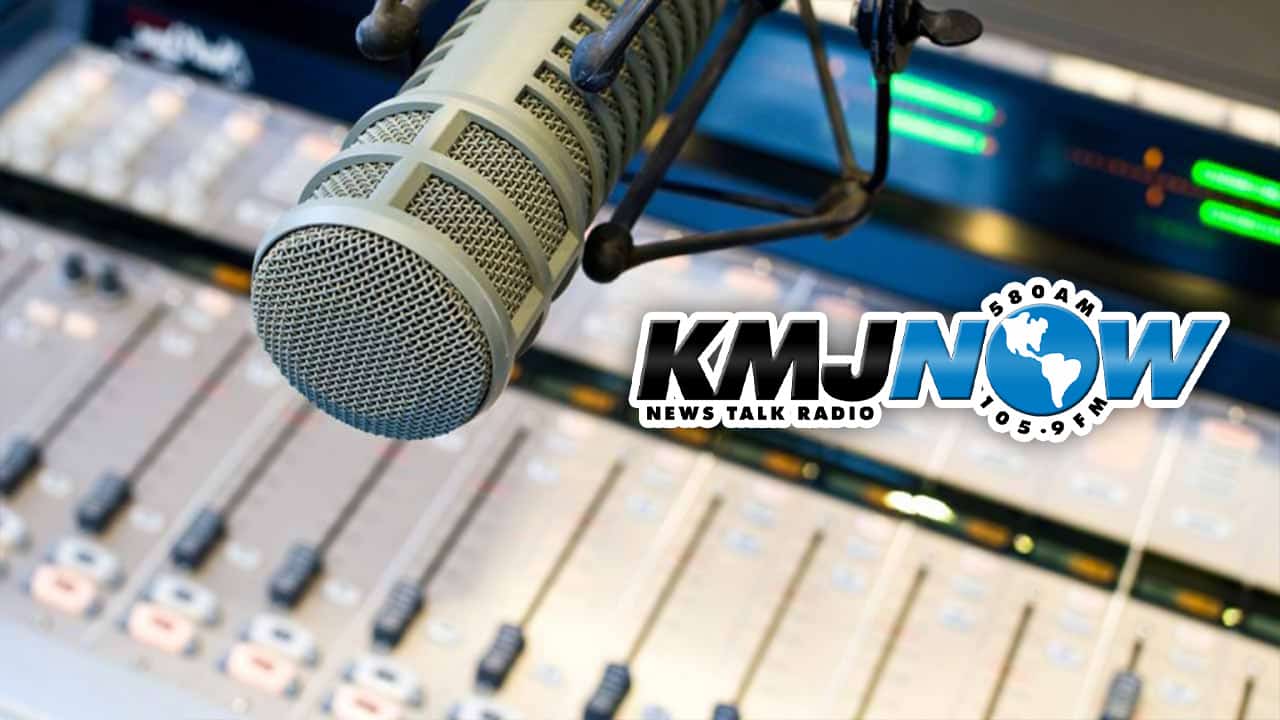 Longtime Fresno radio host Ray Appleton has been suspended after an on air comment he made Thursday morning suggesting some journalists should be “hanged”.

Appleton hosts a three hour weekday program on KMJ. The station is owned by Atlanta-based Cumulus Media, which made their decision Friday.

“Cumulus Media operates from a clearly-defined set of programming principles and there is no question that Ray Appleton’s comment is a direct violation of those principles,” the company said in a statement Friday on Twitter. “As a result, we have suspended him,” the company’s statement said.

Appleton did not appear on a scheduled live show on Friday. A previously recorded episode of his program aired in its place.

Appleton issued the following apology within the Cumulus Twitter statement:

“I realize that my reckless choice of words was irresponsible and I would never condone violence toward anyone,” the statement said. “I want to specifically apologize to my colleagues at KMJ and all who serve in the media. After 50 years in broadcasting, I understand that my choice of words matters and I made a mistake that won’t happen again. I humbly ask for your forgiveness.”

CUMULUS MEDIA operates from a clearly-defined set of programming principles and there is no question that Ray Appleton’s comment is a direct violation of those principles. As a result, we have suspended him.

Please see the attached photo for our full statement. pic.twitter.com/abdezdPzgm

After a critical reaction Thursday to Appleton’s on-air comment, the host posted a long message on his Facebook page attempting to explain his remarks. The post was later deleted from his account, but said:

“I made the statement that because of this “inconsistent way of reporting certain news editors should be hanged…….maybe.”–KMJ Radio Host Ray Appleton

“I spent a good deal of time talking about how frustrated I was with the news media for not reporting things in a fair and consistent way you know not using the old level playing field routine. I made the statement that because of this “inconsistent way of reporting certain news editors should be hanged…….maybe,” Appleton wrote.

He said he revisited the topic later on his show “to clarify and clear up that statement which was clearly tongue in (cheek).”

“If you were of the persuasion that I meant that? Well, please relax and understand that is not my intent my wish or any reality that I live in. So I apologize profoundly to those of you who were upset by that,” Appleton said on Facebook.

GV Wire℠ attempted to obtain a full recording of the on-air segment for review. KMJ Program Director Blake Taylor declined to provide one and said a subpoena would be required to acquire a copy. Taylor also said that, at the direction of KMJ’s parent company Cumulus Media, he would have, “No comment at this time.”

By Friday morning, KMJ’s website posted hours 2 and 3 of Appleton’s Thursday show, but not hour 1.

GV Wire℠ sent an email to Cumulus Media’s public relations department in Atlanta that was not returned.

Fresno Bee Editor Joseph Kieta took to Twitter to voice his concerns about Appleton’s comment shortly after it aired.

Kieta tweeted, “Ray Appleton told his audience today that editors at American news outlets “should be hanged.” Are you threatening my life and the lives of my staff, Ray? Should I call the police?”

Kieta told GV Wire℠ one of his reporters, Tad Weber, “heard it loud and clear.”

. @RayAppletonKMJ told his audience today that editors at American news outlets "should be hanged." Are you threatening my life and the lives of my staff, Ray? Should I call the police?

“In the current environment, it is very dangerous to suggest that members of the media should be “hanged” for reporting news that you don’t like.”–Jim Boren, executive director for the Fresno State Institute for Media and Public Trust

“In the current environment, it is very dangerous to suggest that members of the media should be “hanged” for reporting news that you don’t like. I have no problem with people criticizing the media, but don’t suggest violence even if you are joking to make a point. If this was tongue in cheek, as Ray says in his Facebook post, I’m glad that he has cleared this up. That was the right thing to do, and I urge him to also explain it to his listeners on his next show. But even a tongue-in-cheek comment can be dangerous because some people these days take their cues from leaders in our community.”

“In 2020, there were 328 journalists assaulted, according to the U.S. Press Freedom Tracker, and 76 journalists had their equipment damaged. In D.C. on Wednesday, we saw the mob damaging the equipment of journalists because the “enemies of the people” mantra has somehow given them permission to attack journalists. “Murder the media” was scratched into a door of the Capitol.”

“I believe strongly in the First Amendment, but I also believe that we must be responsible in the language we use against people we disagree with. Criticize their positions passionately, but let’s not ever suggest that violence should be used against anyone.”

This story has been updated to include information about Appleton’s Friday suspension by Cumulus Media, the corporate owner of KMJ.

‘He’s on His Own’: Some Republicans Begin to Flee From Trump