Speculation and conjecture can finally end as ALDI has officially said their new store at the corner of Shaw and West in northwest Fresno will open at 8 a.m. on January 28.

After that date, the Fresno store will be open daily from 9 a.m. to 9 p.m., the company said in a news release Friday.

“We are dedicated to providing the communities we serve the best groceries at the lowest-possible prices, and we look forward to introducing Fresno to their new neighborhood grocery store,” said Tom Cindel, a company spokesperson.

This is ALDI’s first store in Fresno and is part of the chain’s national expansion plan that it hopes will make it the third-largest U.S. grocery retailer, based on the number of locations, by the end of 2022.

GV Wire℠ stopped by the store Friday afternoon and could see workers inside stocking shelves and cleaning floors. 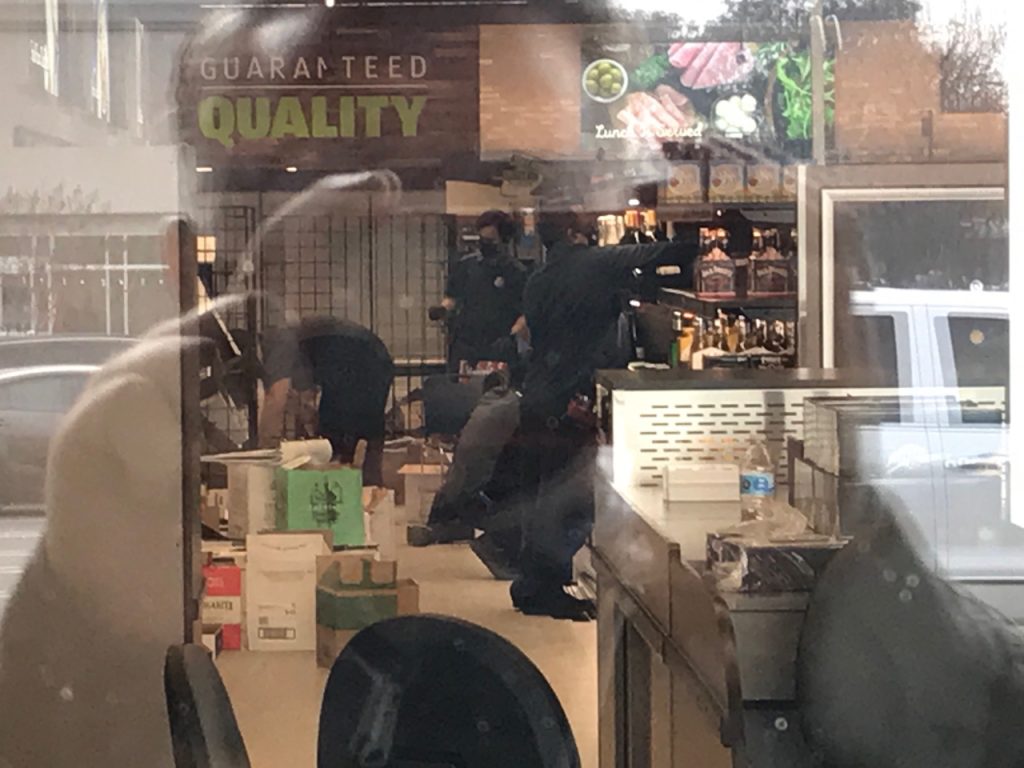 Looking through the stores window, workers could be seen inside stocking shelves ahead of the January 28 opening. (GV Wire/Jim Jakobs)

ALDI says during the pandemic they’ve “remained focused on ensuring stores are stocked with the food and household essentials customers want and need, including healthy, convenient options and a robust selection of produce delivered fresh to all stores daily.”

Over 1,900 ALDI Stores Across the Country