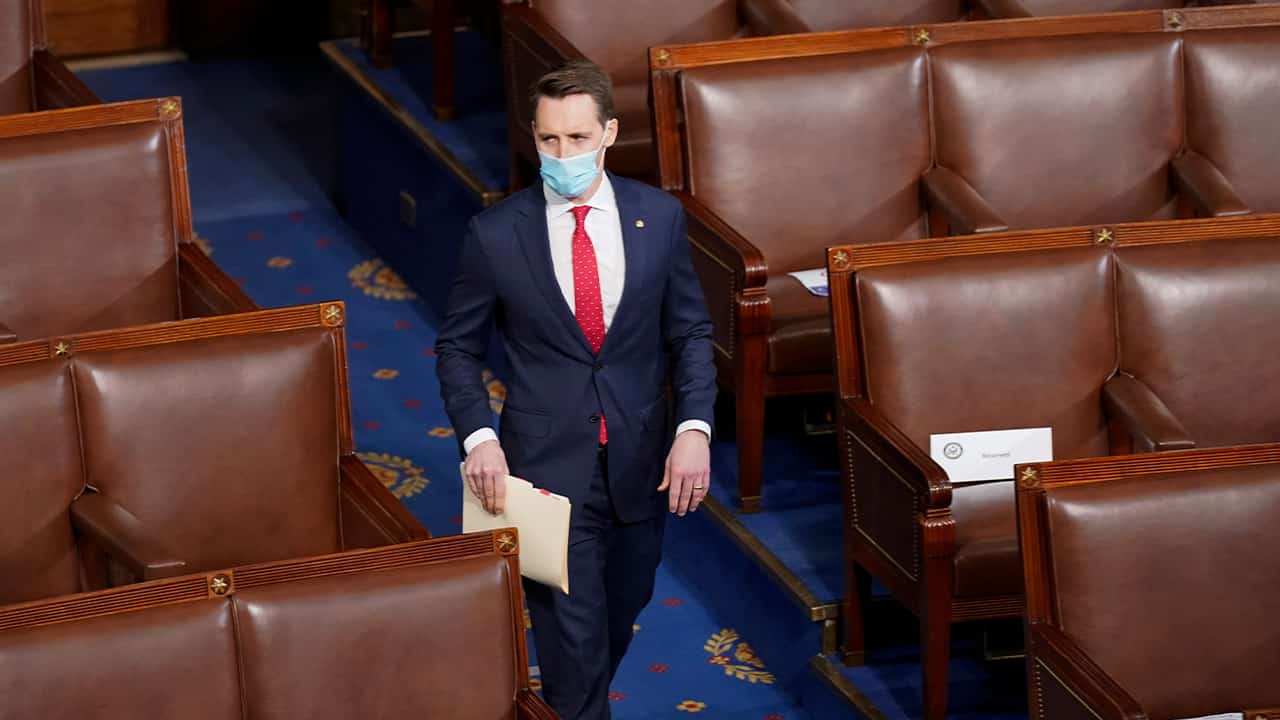 Rep. Paul Gosar of Arizona, flanked by Sen. Ted Cruz of Texas, rose to object to the typically routine acceptance of electors.

The objection now forces two hours of debate in the House and Senate, sending lawmakers away to separate deliberations.

Trump’s allies are acting out the pleas of supporters at his huge rally up Pennsylvania Avenue outside the White House to “fight for Trump.” But it’s a fight that’s tearing the Republican Party apart.

“We will never give up,” Trump told the noontime rally.

Vice President Mike Pence was most closely watched as he stepped onto the dais to preside over the joint session in the House chamber.

Arizona was the first of several states facing objections from the Republicans as Congress took an alphabetical reading of the election results.

Biden won Arizona by more than 10,000 votes, and eight lawsuits challenging the results have failed. The state’s Supreme Court on Wednesday upheld the dismissal of an election challenge.

The joint session of Congress, required by law, convened before a watchful, restless nation — months after the election, two weeks before the inauguration’s traditional peaceful transfer of power and against the backdrop of a surging COVID-19 pandemic.

Lawmakers were told by Capitol officials to arrive early, due to safety precautions with protesters in Washington. Hundreds of Trump supporters filled the Capitol plaza area and sidewalks, many bearing enormous flags and few wearing masks. Visitors, who typically fill the galleries to watch landmark proceedings, will not be allowed under COVID-19 restrictions.

The current majority leader, Mitch McConnell, who tried to warn his Republican Party off this challenge, was expected to deliver early remarks. Democratic House Speaker Nancy Pelosi called it a day of “enormous historic significance,” about “guaranteeing trust in our democratic system.”

With the Senate results from Georgia streaming in and Democrats within reach of controlling the chamber, Trump amplified his pleas to stay in office as a veto check on the rival party. At the rally he said he had just talked to Pence and criticized Republicans who are not willing to fight for him as “weak.”

Sen. Mitt Romney, R-Utah, told reporters on Capitol Hill that Trump’s election challenge has “disgraced the office of the presidency.”

“We’ll proceed as the Constitution demands and tell our supporters the truth — whether or not they want to hear it,” Romney said.

Arizona Will Likely Be the First to Be Disputed

Sen. Kelly Loeffler may challenge the results in her state of Georgia. She was defeated in Georgia’s runoff to Democrat Raphael Warnock, but can remain a senator until he is sworn into office.