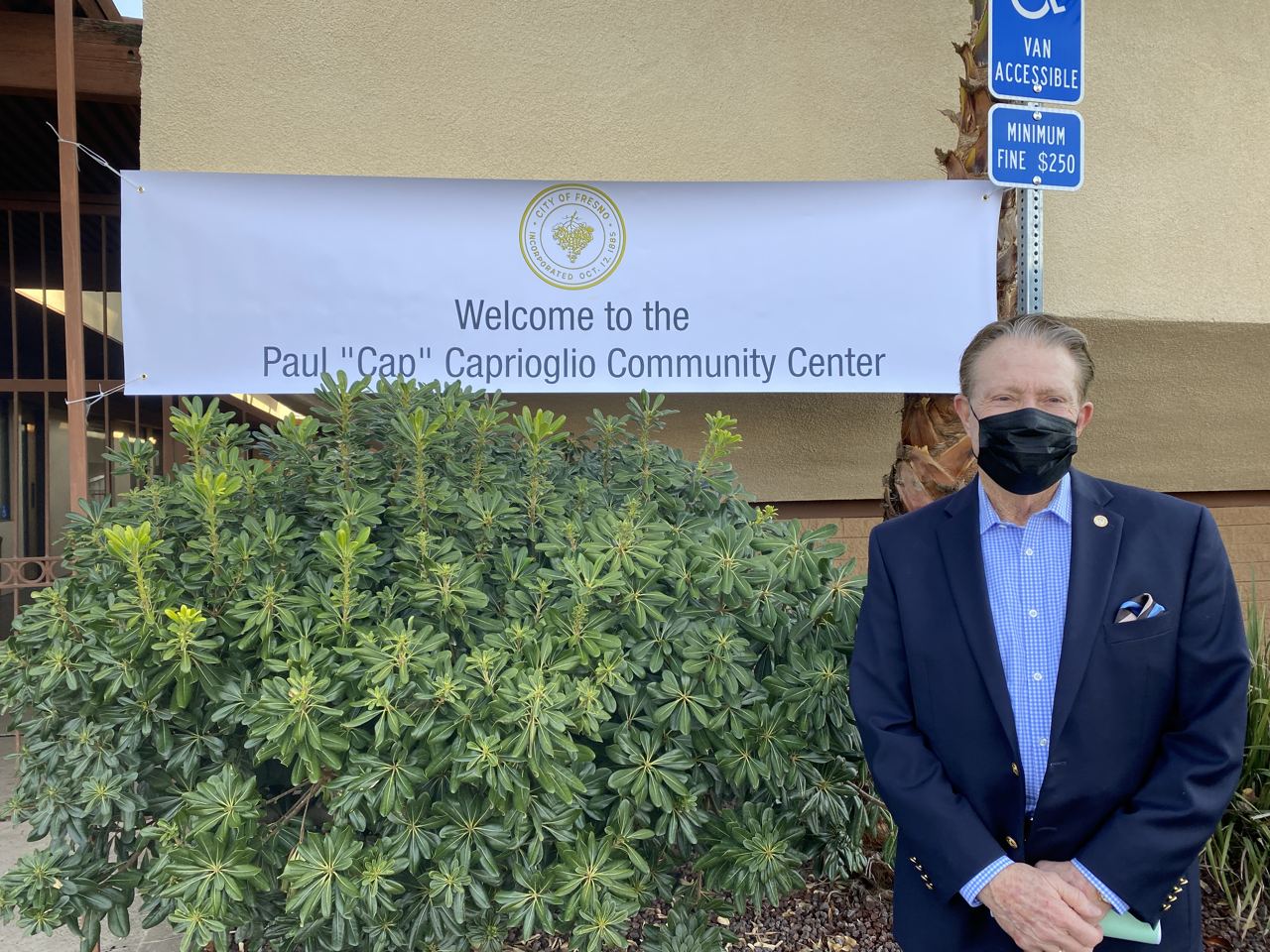 Councilman Paul Caprioglio may have less than a week left in office, but his legacy will last many more years.

In one of his final acts, Caprioglio was present at the naming of a new senior center in his honor.

The Paul “Cap” Caprioglio Community Center will primarily focus on the needs of seniors, as well as pre-school and after school programs.

Caprioglio fought hard to finally get the center built.

“There’s been a lot of good council members for District 4, but I’m going to be a little biased to say Paul is the best council member ever for D-4,” Brand said.

The Fresno City Council spent $1.2 million on the purchase and renovation of the building at Sixth Street and Bulldog Lane, near Bulldog Stadium.

The center is expected to open in the spring of 2021.

“Fresno’s future is bright again. We will return to the good old days of Fresno,” Caprioglio said.

The Fifth District Court of Appeal denied a request for a rehearing on its ruling earlier this month declaring that a 2018 Fresno tax measure passed.

The appeal court said that Measure P, which would raise the city sales tax 3/8 of a percent for parks and other programs, only needed a majority vote to pass.

The Howard Jarvis Taxpayers Association says it will now appeal to the state Supreme Court.

Opinion Modified, but Not Judgment

The court, though, altered its Dec. 17 opinion without changing its judgment.

The change reflects an alternate interpretation of a case the three judges used to decide the voting threshold.

“We disagree that the Supreme Court’s reference in California Cannabis to section 9217 means the two-thirds vote requirement applies to voter initiatives. There is no indication the Court in that passage was trying to formulate an interpretation of the vote requirement for a special tax measure proposed by a local governing body. Instead, the Court was explaining that if the voters desired to impose a certain procedural requirement on themselves, they would have done so expressly,” the modified opinion now says.

HJTA attorney Tim Bittle says the appeal court is acknowledging the state Supreme Court has not directly ruled on what the voting threshold for a case like Measure P would be — either a simple majority or two-thirds.

“The modification is the Court’s acknowledgment that it misread Elections Code § 9217.  Properly read, that statute supports HJTA’s interpretation of the Upland case.  Nevertheless, the Court did not change its judgment regarding Fresno Measure P.  Our next step is to petition the Supreme Court for review,” Bittle said.

But, the ruling in Upland applied to the timing of an election, not the voter threshold.

District 4 Council Memeber-elect Tyler Maxwell is set to take the place of Paul Caprioglio next Tuesday. That also means a change in staffing.

Outgoing District Four chief of staff Laura Rios will get to keep the same email address. She is moving to Mayor-elect Jerry Dyer’s economic development team.

The official announcement will come next week.

Without Fanfare, These Frontline Hospital Workers are Fighting COVID Room by Room