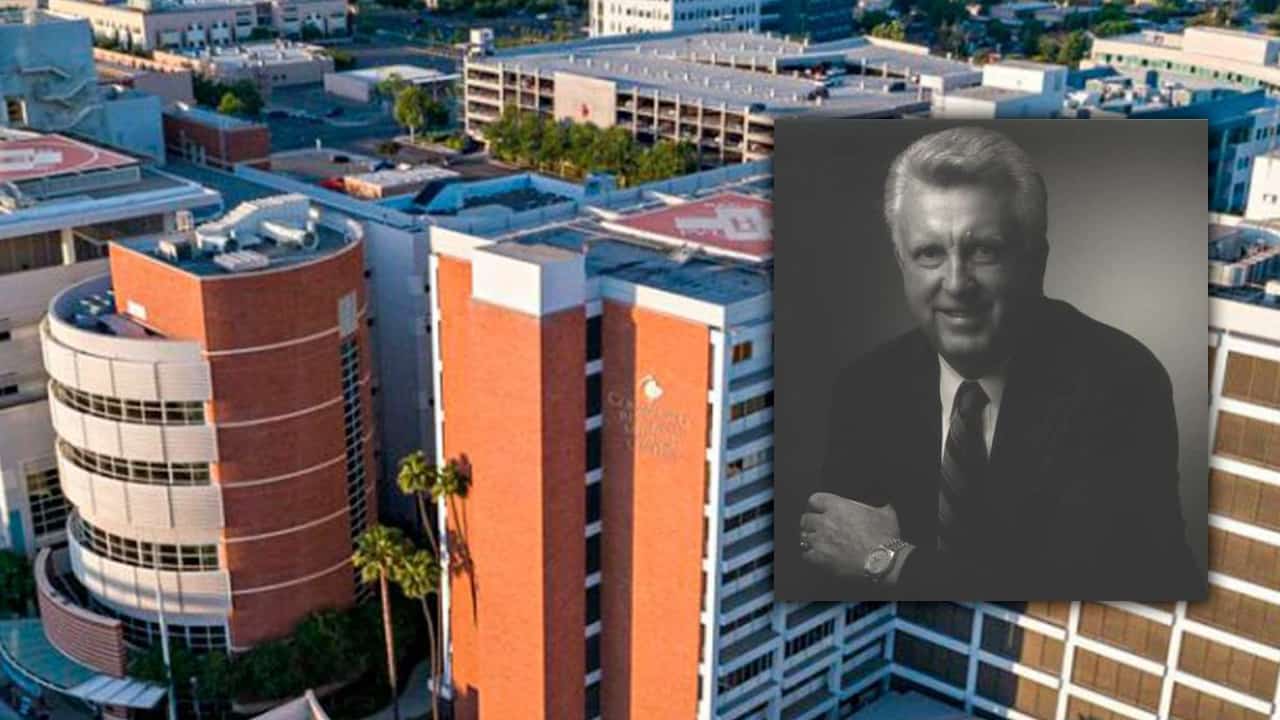 Lou Herwaldt left his mark across Fresno and California, not only through the many auto dealerships that bore his name but also for his philanthropy and community service that will be long remembered by those who see his name on a street near Community Regional Medical Center in downtown Fresno or on a Santa Clarita baseball stadium.

Mr. Herwaldt, who passed away last week at the age of 88, was instrumental in shepherding the growth and expansion of Community Medical Centers in recent decades, said Craig S. Castro, president and chief executive officer.

Castro said the health care organization is mourning the loss of “one of Community’s family members. … He was part of our vision for a first-class medical center in Clovis and served on our board when Community acquired the property for Clovis Community Medical Center’s current location. Lou and JoAnn will forever be an important part of Community’s history and legacy.”

Mr. Herwaldt, who first volunteered for Community Medical Centers’ board of directors in 1984 and became chairman in 1991, helped oversee the expansion of the Clovis hospital, starting with the purchase of an orange grove at the corner of Herndon and Temperance avenues. A donation by Mr. Herwaldt and his wife in 2010 helped the hospital expand into the region’s first full-service hospital with all private rooms for patients.

The year before, Mr. Herwaldt’s work for Community Medical Centers and his other philanthropic activities were recognized when he was named the winner of the 2009 Leon S. Peters Award, which is given annually by the Fresno Chamber of Commerce to a local businessperson in recognition of his or her leadership and service to the community.

It seemed fitting that Mr. Herwaldt won the award, since he had replaced the late Mr. Peters on the hospital system’s board.

Mr. Herwaldt shared details of his life and his philosophy about philanthropy in an oral history interview archived by Fresno State in 2009.

His philanthropy also extended to Southern California, where Mr. Herwaldt served on the board of The Master’s University, a conservative Christian liberal arts university in Santa Clarita.

University spokesman Corey Williams said Monday that Mr. Herwaldt was “beloved” by many.

“Few individuals have had a greater impact on The Master’s University than Lou Herwaldt. He was generous, sacrificial, and kind. He gave all of himself to the mission of the school. … We rejoice in the life Lou lived and are glad that at this moment, he is with his savior, whom he served faithfully.”

‘If You’re Blessed, Bless Others’

Mr. Herwaldt’s family moved to Fresno from the Chicago area when he was a high school freshman. He graduated from Edison High School in 1950 and then went to work for local car dealers, starting in the parts department and working his way up to general manager.

After nearly two decades, Mr. Herwaldt and his wife decided to go into business for themselves and acquired a Chrysler-Plymouth dealership. The company gradually expanded to encompass 10 franchises.

Mr. Herwaldt was a longtime member of the North Fresno Rotary and served on a number of boards in the Fresno area.

When he was asked to serve or contribute, Mr. Herwaldt said during his 2009 oral history interview, “it was easy to say yes. Because I was so blessed. My wife and I, we have two children, the blessings were flowing. And so we were taught if you’re blessed, to bless others.”