RIP, Didar Singh Baines, 84. He Turned $8 into a Farming Empire.
Share with friends

An issue with the data logger in the shipping box has called into question the viability of 14,800 doses of the Moderna COVID-19 vaccine that arrived in Fresno County Wednesday. The data logger tracks the vaccine through travel to ensure it stays appropriately cold while being transported

“We are coordinating with the state right now to have those doses replaced,” said Joe Prado, Fresno County’s community health division manager during a Tuesday briefing with reporters. “We’re waiting for further direction from the state.” 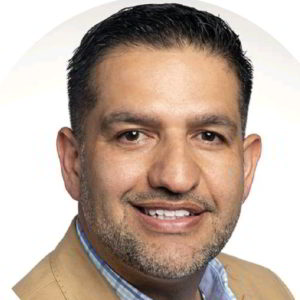 “We are coordinating with the state right now to have those (Moderna vaccine) doses replaced.”–Fresno County Community Health Division Manager Joe Prado

Prado hopes to have the doses replaced by the state towards the end of the week. He’s also awaiting guidance on what to do with the doses that have already arrived. He says some of the shipment will definitely have to be replaced.

Meanwhile, Fresno County’s second shipment of Pfizer’s COVID-19 vaccine arrived Wednesday. Prado says this brings the county’s total to 11,700 doses received so far. He said 56% of them have already been distributed to local hospitals.

The update came as an analysis by the New York Times showed Fresno experiencing the fastest rise in COVID-19 cases among large metropolitan areas in the United States.

“I believe it,” said Dr. Patrick Macmillan who works in palliative medicine at Community Medical Centers.

“During our morning readout, (CRMC) is at 115% of their ICU capacity,” said Vohra Tuesday afternoon. “They’re overflowing into non-ICU spaces to put ICU patients.” Vohra says that’s the reality in many acute care hospitals throughout Fresno County.

And, with the growing number of related deaths locally, morgue space is rapidly diminishing. “There are issues with morgue space at all of our facilities,” said Dan Lynch, Fresno County’s emergency medical services director.

Fresno County has recorded 557 COVID-19 deaths (with more still to be officially reported) out of 58,568 total cases to date. As of Tuesday, Fresno County had 14 available ICU beds remaining. “We are already on the brink,” said Dr. Anneli von Reinhart who works in the emergency department at CRMC. “We are seeing the consequences of the choices that everyone made around Thanksgiving and the kind of exponential growth of cases and our inability to expand any further means we can’t handle any more than this.”

Reinhart says if people gather in the coming days as many did over Thanksgiving, the impact will be devastating.

“I think it will break the health care system if people don’t stay home,” said Reinhart.

“(I’m) seeing an amount of death that I’ve never seen in my career.”

In normal times, McMillan said an ICU nurse may be responsible for two patients. As the population of patients continues to increase, that same nurse might have to take care of up to five.

“Those are parts of the things that that that constitute breaking the system,” he said. “There’s (also) some healthcare workers that are out on leave because they’re either infected with COVID-19 or they’re quarantined.”

The CMC dashboard shows there are 469 workers out due to the impacts of COVID-19, 304 of those are positive coronavirus cases. However, the actual figure may be much higher. Fresno County hospitals currently seem to have enough ventilators, but they’re already considered a precious resource. However, Macmillan says those aren’t the only machines that could be in short supply in the coming weeks.

“BiPAP machines (similar to CPAP machines), these are the kinds of things I’m seeing people on that are keeping them alive,” said Macmillan. “There’s a finite number of BiPAP machines.”

Other resources that are dwindling include the ICU beds, high flow oxygen, and just the inability to transfer patients between hospitals due to EMT’s and paramedics having to wait hours at a time with patients before they are admitted at hospitals.

Macmillan laid out one dire scenario that could occur if the hospital system goes past the breaking point.

Macmillan says these ‘goals of care’ discussions are already occurring among the healthcare workforce. For example, having people be able to say whether they want to be on a ventilator or receive CPR.

“We’re having those upfront conversations prior to people getting to a point where they can’t make decisions,” explains Macmillan.

Vohra says the hard decisions might even shape who comes into the hospital in the first place. “As the resources get more and more limited, then we have to make more and more hard decisions about who, for example, needs to be admitted and what the threshold for admission would be,” said Vohra. 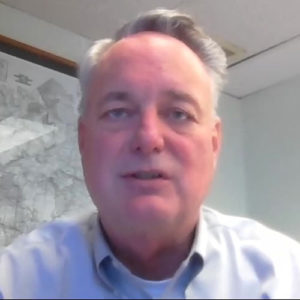 “All of our hospitals have added additional morgue units outside of their their hospitals, for the most part.”–Dan Lynch, Fresno County EMS Director

A new alternate care site in the North Medical Plaza building at CRMC is already expected to see its 25th patient Wednesday morning. It has bed space for up to 50.

“We fully expect that it’s going to fill up over over the next week or so or two weeks,” explains Lynch. He says once the CRMC site gets to around 40 or 45 patients, that will trigger the opening of the Fresno Convention Center as an alternate care site.

“We’ve we’ve advised our contractor who starts the alternate care site to prepare for the second staffing request for the additional 25 (beds) so that we could start building up,” said Lynch.

An alternate care site in Porterville has expanded its capacity to 15 beds, and currently has 11 patients under care now. Operators are trying to get the facility expanded up to 25 beds.

A Department of Defense Team from the U.S. Air Force was set to arrive at CRMC on Monday December 28, but that’s now been pushed back a few days to Dec. 31. “This is a team that’s specifically designed to support and expand our ICU abilities at the at the hospital so that we could have additional ICU patients,” said Lynch.

The team will be comprised of 10 to 12 healthcare workers. The last time they arrived in the summer they were able to help staff an additional 10 ICU beds.

Lynch says all the hospitals are running into morgue space. “All of our hospitals have added additional morgue units outside of their their hospitals, for the most part,” he says.

The Fresno County Coroner’s office has a trailer that can hold up to 50 bodies if needed.

“We are actually looking at bringing in two additional refrigerator trucks,” says Lynch. “We anticipate that the space is going to be used.”