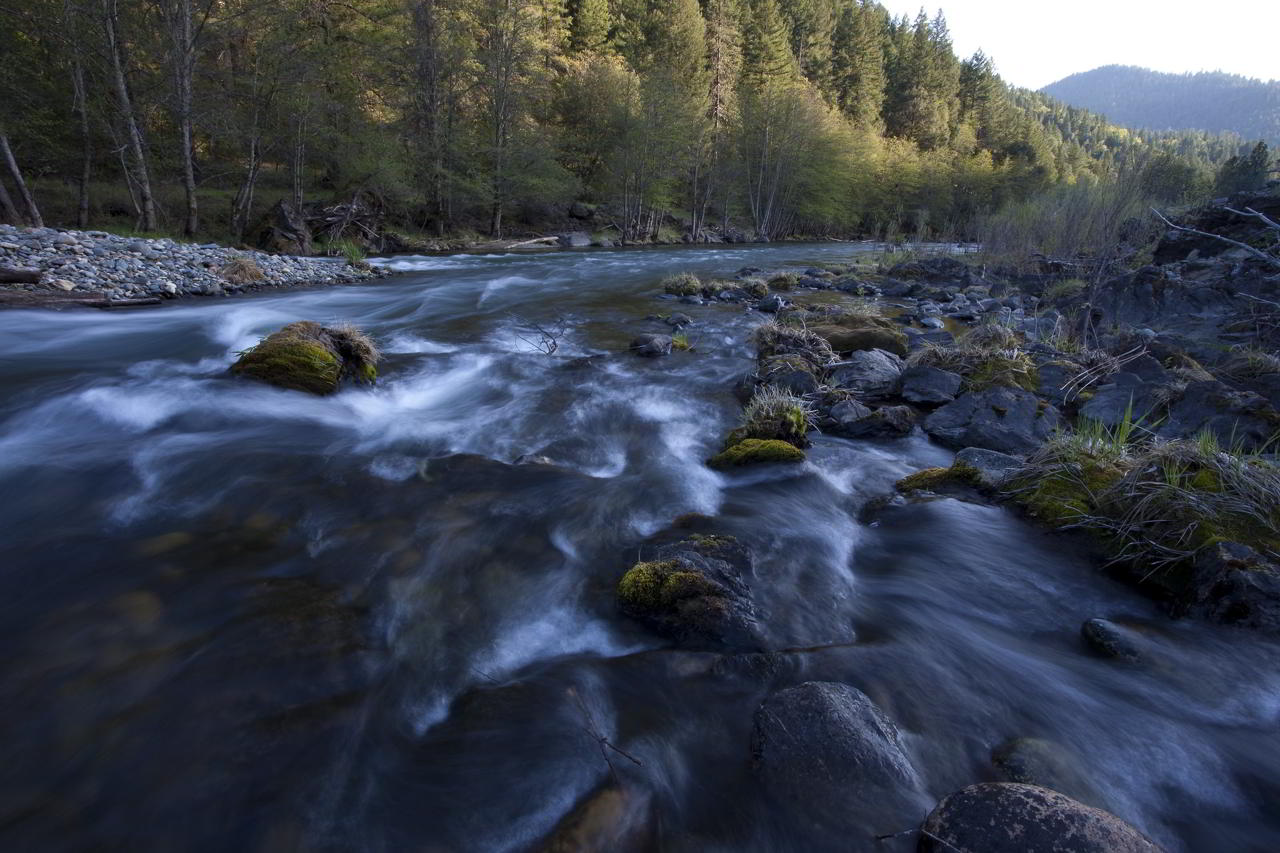 The Hoopa Valley Tribe in Humboldt County argued before a federal judge last Thursday that no Trinity River water can be sent to the Central Valley at the expense of the tribe’s fishery.

The main dispute is over whether to block the U.S. Department of Interior from signing permanent water delivery contracts with Valley agribusiness interests, including Westlands Water District.

Opponents say the real agenda is being driven by environmental groups that don’t want extra money going towards water storage projects, and they’re singling out Westlands because of their name recognition.

An attorney representing the tribe pushed back against the accusation. “I work for the tribe and they should not be diminished by calling them an “environmental group,” responds attorney Thomas P. Schlosser. He says Hoopa’s water rights predate almost everyone else’s, to when the U.S. set aside their reservation in 1864.

Part of a lawsuit filed by the tribe reads, “Hoopa seeks an order and judgment setting aside, declaring invalid, and rescinding Reclamation’s conversion of certain time-limited Central Valley Project (“CVP”) renewal contracts into permanent repayment contracts with water contractors (including but not limited to Westlands Water District…”

The lawsuit claims the Bureau of Reclamation’s contracts violate provisions of the Central Valley Project Improvement Act and other laws and that they will irreparably harm efforts to protect Trinity River salmon.

But Central Valley water proponents say the agreements signed by President Barack Obama in 2016 – the Water Infrastructure Improvements for the Nation Act – allow water districts to pay off their balances early, allowing money to go toward water infrastructure.

“These dollars will then be placed in a congressionally created storage account to fund much needed water storage projects,” says Kristi Diener who started the Facebook Group The CA Water for Food and People Movement. “Increasing storage capacity will allow Reclamation’s projects to capture additional water in wet years to help meet the water needs for all project purposes in dry years.”

“Salmon runs are not just important for our Tribe, but also for other Native peoples of the Klamath-Trinity Basin and non-tribal fisheries.”–Tribal Chairman Byron Nelson, Jr., Hoopa Valley Tribe

According to the Hoopa Valley Tribe representatives, the contracts do not prioritize water for Trinity River in-basin flows or require contractors to pay for fish restoration and wildlife preservation programs.

“These contracts evade the federal government’s responsibility to maintain Trinity River fishery resources that the United States holds in trust for our Tribe. Salmon runs are not just important for our Tribe, but also for other Native peoples of the Klamath-Trinity Basin and non-tribal fisheries,” Tribal Chairman Byron Nelson, Jr. said in a news release.

The federal government’s National Wild and Scenic Rivers System webpage describes the Trinity River as a major tributary of California’s Klamath River that begins in the Trinity Alps and makes its way through wilderness before meeting up with the Klamath at Weitchpec, northeast of Eureka.

The tribe’s lawsuit states, “Diversions of water from the Trinity River to the Central Valley have had and continue to have a devastating impact on the fish, water, and other environmental resources of the Trinity River that Hoopa relies upon.”

On Thursday, the judge took the matters under advisement and will issue a written order – expected by the end of the month.

“It’s not the permanency of the new contracts that’s a problem,” said Schlosser. “The problems are that the contracts fail to incorporate important protections for the Hoopa Valley Tribe and the Trinity River that are required by the CVPIA and that they have evaded environmental review.”

“This current lawsuit is a familiar rerun of the many radical environmentalist initiated lawsuits that are filled with a whole bunch of noise.”–Kristi Diener, Central Valley agriculture advocate

In 2016 when the Water Infrastructure Improvements for the Nation Act was passed, California Senator Dianne Feinstein and then-Sen. Barbara Boxer opposed the early repayment contract-conversions. But at the time, Flint, Michigan was in the middle of a much publicized issue concerning lead in their drinking water.

Diener said the WIIN Act had provisions to aid Flint, and politically it would have been distasteful for Obama to veto the bill, so he signed it with the early repayment provisions included.

“This current lawsuit is a familiar rerun of the many radical environmentalist initiated lawsuits that are filled with a whole bunch of noise,” says Diener. “It is intended to remove the facet from the WIIN Act in which they never wanted in the first place.”

Diener says money generated from early repayment would also go into a special fund reserved for the construction of above-ground water storage, openly opposed by the same litigants.

She says it’s not only Westlands that has a contract, but 88 others.

“Why are their objections only to the contracts converted by Central Valley districts, when conversions have been requested and completed from the North Coast to the Bay Area to Sacramento?” asks Diener.

Water districts in Sacramento, Stockton, and the Bay Area, along with the state Department of Fish and Wildlife, all have contracts, according to Diener.