US Troop Pullouts in Mideast Raise Fears of Iranian Attacks 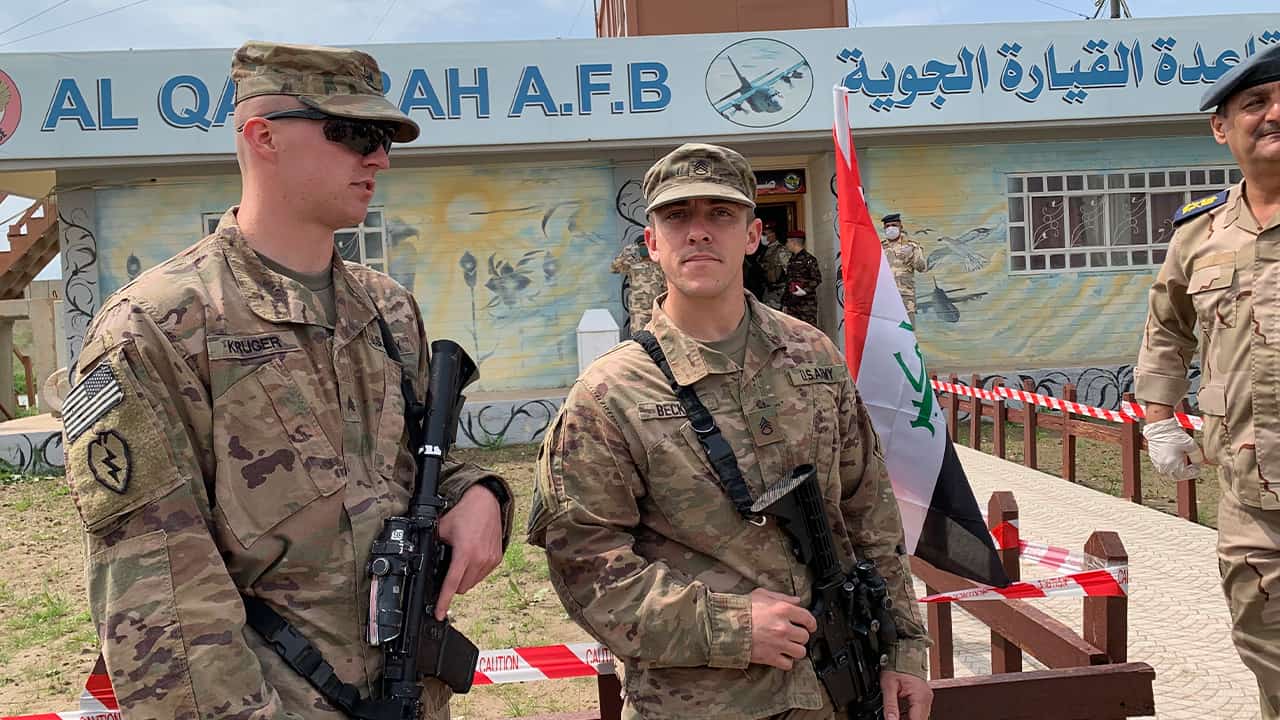 WASHINGTON — As the Pentagon pulls troops out of the Middle East in the coming weeks, under orders from President Donald Trump, U.S. military leaders are working to find other ways to deter potential attacks by Iran and its proxies, and to counter arguments that America is abandoning the region.

A senior U.S. military official with knowledge of the region said Monday that Iran may try to take advantage of America’s troop withdrawals from Iraq and Afghanistan, and the planned departure of the aircraft carrier USS Nimitz from the Arabian Gulf.

The Nimitz left the Gulf region and was set to begin heading home. But the ship was ordered to return last week to provide additional security while the troop withdrawals from Iraq and Afghanistan continue. A U.S. defense official said at the time that the decision would ensure that American troops could deter any adversary from taking action against U.S. forces. No timeline was given, but the U.S. military official speaking Monday made it clear that the change is open-ended, and it’s not clear when the ship’s crew will return home.

The potential Iranian threat has become an increasing concern in recent weeks following the assassination of Iranian nuclear scientist Mohsen Fakhrizadeh. Iran has blamed the death on Israel, which has been suspected in previous killings of Iranian nuclear scientists. U.S. officials are also worried about a possible Iranian retaliatory strike on the first anniversary of the U.S. airstrike that killed Iran’s top general, Qassim Soleimani, and senior Iraqi militia leaders near Baghdad’s airport in early January.

The military official said the U.S. is aware of Iranian attack planning and threats, and that some are more mature, while others are aspirational. A key worry, he said, is that Iranian-backed militias in Iraq may be willing to act even without the blessings or direction of Tehran.

The presence of the Nimitz, said the official, may cause Iran or the militias to rethink a possible attack.

The Pentagon is mindful of the impact of the extended deployment on the Nimitz sailors and on the Navy’s plan for the ship’s maintenance, said the military official, who spoke to a small number of reporters on condition of anonymity to discuss ongoing troop deliberations.

Postponing the Return of the Nimitz

The Pentagon announced last month that the U.S. will reduce troop levels in Iraq and Afghanistan by mid-January, asserting that the decision fulfills Trump’s pledge to bring forces home from America’s long wars. Under the accelerated pullout, the U.S. will cut the number of troops in Afghanistan from more than 4,500 to 2,500, and in Iraq from about 3,000 to 2,500.

Postponing the return of the Nimitz, however, will keep between 5,000-7,000 sailors and Marines in the Middle East, likely into next year. Other ships in the Nimitz strike group may remain with the carrier.

The military official said that the Pentagon will look at other ways to make up for the loss of the Nimitz when the carrier does leave the region.

Trump’s troop withdrawal decision got a cool reception from Republican lawmakers and allies, who warned of the dangers of reducing forces before security conditions are right. And it came despite arguments from senior military officials who favor a slower pullout to preserve hard-fought gains.

Visiting the aircraft carrier USS Harry S. Truman in the North Arabian Sea in February, McKenzie told the sailors: “You’re here because we don’t want a war with Iran and nothing makes a potential adversary think twice about war than the presence of an aircraft carrier and the strike group that comes with it.”

Despite widespread demands for U.S. Navy ships in other parts of the world, McKenzie requested and received a much larger than usual naval presence in the Middle East region throughout the early part of this year. But over time, the numbers have declined, in recognition of the Pentagon’s effort to put more emphasis on China and the Indo-Pacific.

Lawmakers Who Met With Giuliani Scramble After COVID News