In recent weeks, Fresno County has seen an uptick in COVID-19 cases and hospitalizations which has significantly impacted the health care system.

At the beginning of November, 100 COVID-19 patients were hospitalized countywide. That number now stands at 268.

Luchini is especially concerned with family gatherings over the Thanksgiving holiday weekend. He’s urging the public to modify their normal Thanksgiving traditions. “Wear a face covering, maintain physical distance and limit mixing with people outside your household to protect lives and limit the spread of COVID-19,” said Luchini.

The message from the California Department of Public Health, coming at almost the exact same time, was the same.

“We are truly in the midst of a surge here in California with cases growing faster than ever,” said Dr. Mark Ghaly the state’s health and human services secretary.

After the update of California’s COVID-19 dashboard Tuesday, 45 of the state’s 58 counties are now in the most restrictive ‘purple’ tier on California’s Blueprint for a Safer Economy. Fresno County was demoted back to the tier last week. 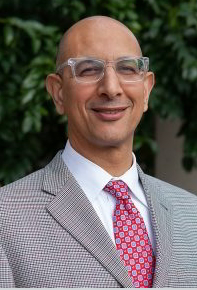 “We are truly in the midst of a surge here in California with cases growing faster than ever.”– Dr. Mark Ghaly, California secretary of health and human services

Hospitalizations in California have increased 81% over the last two weeks, Ghaly said and ICU admissions are up 57% over the same period. The 14-day statewide COVID positivity rate is now 5.6% percent, up from 3.7% on Nov 10. That represents a 51% increase in positive cases.

Ghaly warned that, unlike in the earlier summer surge of COVID hospitalizations, there will likely be no aid available from military support teams or California Health Corps workers to aid local medical facilities.

St. Agnes Medical Center CEO Nancy Hollingsworth said, “We have also seen a doubling in our in patient for census of COVID patients over the last week. So we are surging again.”

She says hospital staff are getting tired, with a number of them out on quarantine. Intensive care  is a big “pressure point,” she added.

“In the last two weeks we’ve more than doubled in the amount of COVID patients we’re seeing,” Boggess said. “Many of (the patients) have attended large gatherings. Christenings, funerals, and those sorts of events.” State data shows Kings County with 11 ICU beds available. 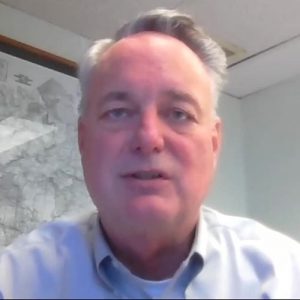 “The rest of the country is at a higher level than it was in June and July when we were able to get some help from those military groups. We don’t have access to those right now.”–Fresno County EMS director Daniel Lynch

“The state Health Corps would normally be available to us. But we understand they’ve all been deployed to the Imperial County area as they see increases, especially coming over the border,” Lynch said. “The rest of the country is at a higher level than it was in June and July when we were able to get some help from those military groups. We don’t have access to those right now.”

Dr. Lori Weichenthal, with UCSF Fresno, believes the current surge will be worse as a result of stretched resources. “Not only because there’s a fear that there’s going to be more patients, but that we’re also not going to have the resources that they had in that first surge in terms of not only traveling nurses, but support from military personnel who came and helped us.”

But, a decision Lynch made over the summer will help ensure the Fresno County has access to agency staffing for the Fresno Convention Center field hospital, should the need arise to activate the facility. Lynch signed a contract with a staffing group from Southern California that continues through June. 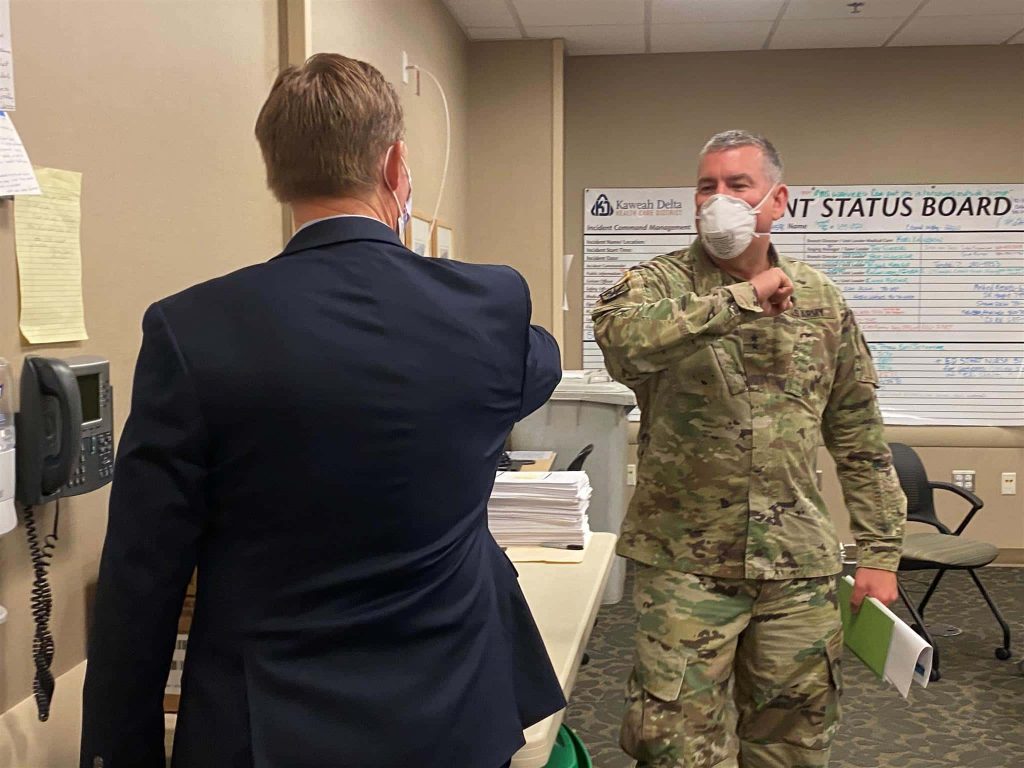 Fresno health department officials are encouraging the public to refrain from heading out to local stores in search of Black Friday shopping deals.

“What the state is saying is, if you can avoid (going out) and shop online, that’ll be better for our community’s health,” said Leticia Berber, a Fresno County health educator.

She offered a reminder that, because Fresno and most surrounding counties are in the ‘purple’ tier, stores are only allowed to let in 25% of their customer capacity.

“So be prepared to wait in long lines,” Berber said.