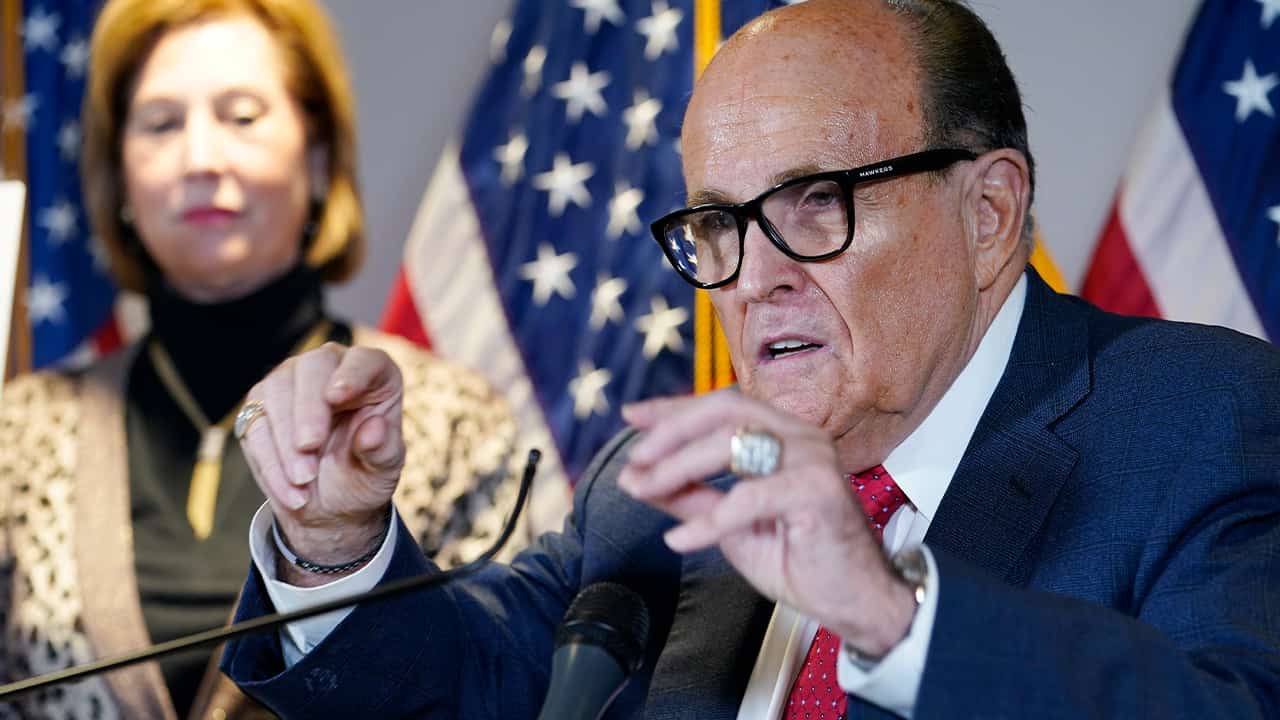 Giuliani and the rest of the Trump campaign legal team’s efforts won’t shift the election results in the president’s favor, but legal ethicists such as Scott Cummings of the UCLA School of Law do not view the former New York mayor as harmless.

“People are emailing me saying this is comical, and I’d say it would be comical if it weren’t so dangerous,” Cummings told The Washington Post on Monday in reference to Giuliani’s actions on Trump’s behalf. “We’re living through this moment where actions that should have consequences don’t seem to – at least not in a way we would have predicted in the past – and that erodes trust in the system.”

Trump and, to a lesser extent, those in his orbit have a track record of eluding consequences for violating democratic and political norms. And while a legal reckoning may still await Trump outside the White House, one congressional Democrat in New Jersey is pushing for lawyers like Giuliani, who have enabled the president, to face swift and severe professional sanctions.

Rep. Bill Pascrell Jr., D-N.J., on Friday filed complaints in five states against Giuliani and 22 other lawyers working with the Trump campaign, calling for them to be stripped of their law licenses for filing “frivolous” lawsuits and allegedly engaging in “conduct involving dishonesty, fraud, deceit, or misrepresentation.”

Related Topics:Election 2020Rudy Giuliani
Up Next

Does Drinking Cocoa Make You Smarter? (If So, Santa Must Be A Genius.)