Feinstein to Step Down as Top Judiciary Dem After Criticism 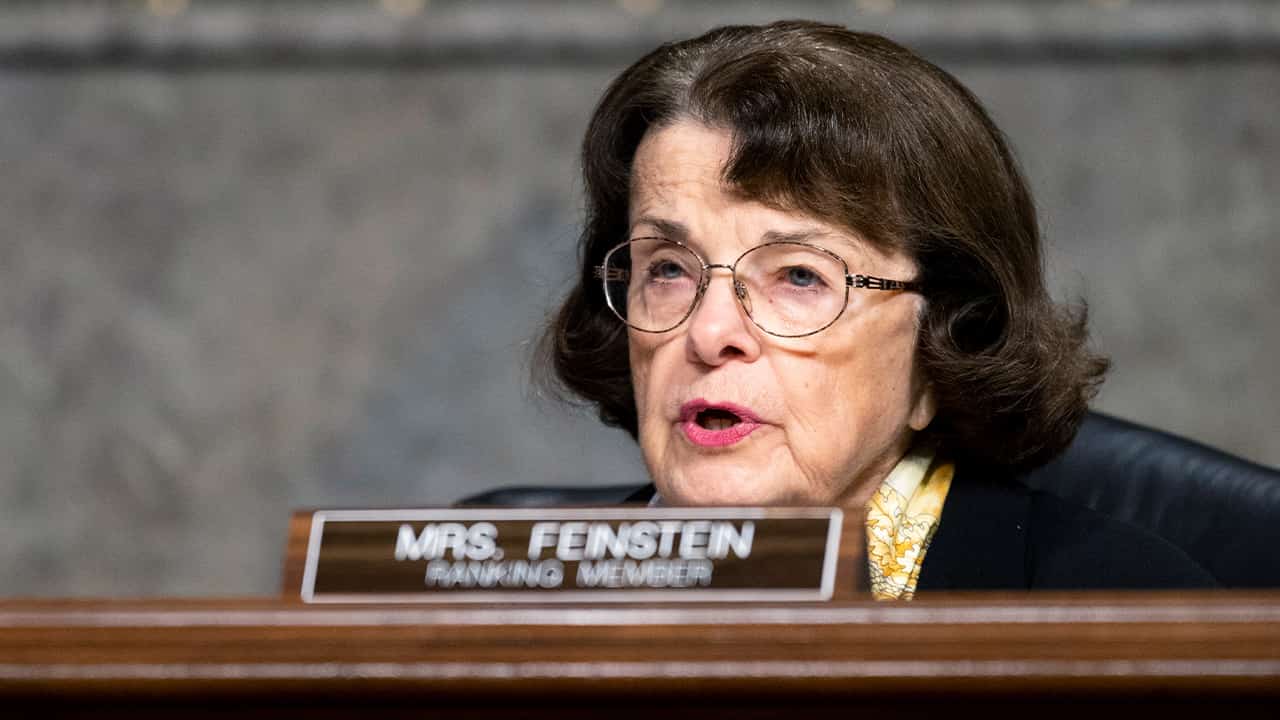 WASHINGTON — California Sen. Dianne Feinstein said Monday she will step down from her role as the top Democrat on the Senate Judiciary Committee, giving up the powerful spot after public criticism of her bipartisan outreach and her handling of Supreme Court Justice Amy Coney Barrett’s confirmation hearings.

Feinstein, 87, said in a statement that she would not seek the position in the next Congress. She did not say why, but said she would instead focus on wildfire and drought issues and the effects of climate change, which are important in her home state. She plans to continue to serve on the Judiciary, Appropriations and intelligence panels, but said she will not seek the role of top Democrat on any of those committees.

“I will continue to do my utmost to bring about positive change in the coming years,” she said in the statement. She has held the post since 2017.

Illinois Sen. Dick Durbin, the Senate’s No. 2 Democrat, has expressed interest in the Judiciary post. Durbin is third in seniority after Feinstein and Vermont Sen. Patrick Leahy, who is expected to remain as top Democrat on the powerful Appropriations committee.

A spokeswoman for Durbin did not have immediate comment. But his office has said there is nothing in Democratic caucus rules that blocks him form serving in his leadership post and also as the top Democrat on Judiciary.

Feinstein, first elected in 1992, has been a powerful force in the Democratic Party and is the former chairwoman of the intelligence panel. She has not shied from bipartisanship even as both parties have become increasingly polarized.

That tension came to a head at the hearings for Barrett, when Feinstein closed out the proceedings with an embrace for Senate Judiciary Committee Chairman Lindsey Graham, R-S.C., publicly thanking the chairman for a job well done. Democrats had fiercely opposed Barrett’s nomination to replace the late liberal icon Justice Ruth Bader Ginsburg.

“This has been one of the best set of hearings that I’ve participated in,” Feinstein said at the end of the hearing.

Feinstein Also Irked Some of Her Fellow Democrats

Those actions put her immediately in the crosshairs of some influential liberals who had been questioning for some time whether she was right for the job.

“It’s time for Sen. Feinstein to step down from her leadership position on the Senate Judiciary Committee,” said Brian Fallon, the executive director of Demand Justice, which opposes conservative nominees to the courts. “If she won’t, her colleagues need to intervene.”

Feinstein also irked some of her fellow Democrats at Barrett’s first confirmation hearing, in 2017 for an appeals court, when she said that Barrett’s opposition to abortion must be rooted in her religion and questioned if it would influence her rulings on the bench, saying the “dogma lives loudly in you.”

Republicans seized on the phrase, saying it was offensive to Catholics. The backlash helped Barrett rise in the ranks of Supreme Court hopefuls.

One of Feinstein’s colleagues on the committee, Sen. Richard Blumenthal, D-Conn., said after the announcement that he was grateful for Feinstein’s “courageous leadership” on the committee and her “unwavering commitment to reproductive rights, gun violence prevention, immigration reform, and expanding resources for survivors of sexual assault and domestic violence.”

It is still unclear which party will hold the majority in the Senate next year. If Democrats win two runoff elections in Georgia, they could hold the Senate very narrowly.

Republican Sen. Chuck Grassley is expected to reclaim the top Republican spot on the panel next session after leaving for two years to head the Senate Finance Committee.

(This story has been corrected. An earlier version included an incorrect headline stating Feinstein was stepping down from the committee. She plans to remain on the Judiciary Committee but will step away from her leadership role.)

Related Topics:CaliforniaSen. Dianne Feinstein
Up Next