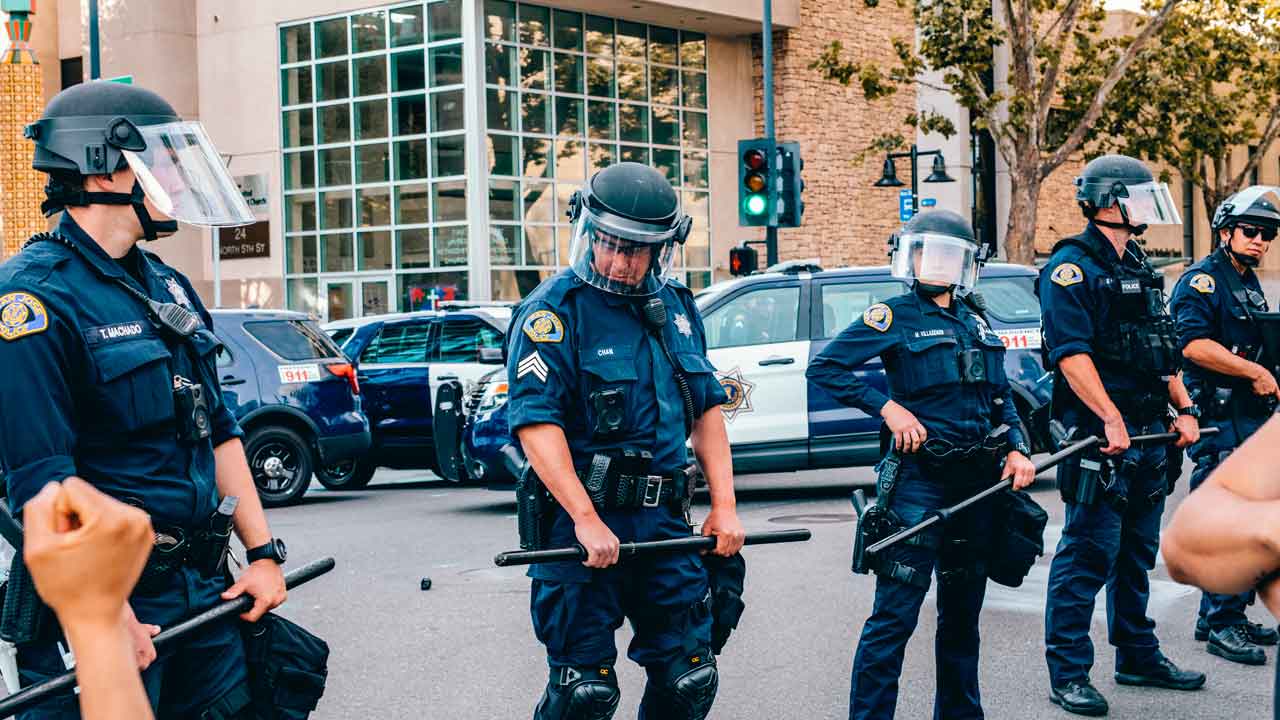 SACRAMENTO — California organizations encompassing both police chiefs and rank-and-file officers proposed legislation Thursday in the wake of recent civil unrest that they said would raise standards for police recruiting and training while increasing diversity.

Prospective officers should have to complete college classes that the groups said would prepare them “to meet the expectations of a modern police force,” including courses on mental health, social services, psychology and communication.

It’s part of what Brian Marvel, president of the Peace Officers Research Association of California, said must be “a culture shift” not only within police ranks but in how officers are viewed by the public.

The goal is to recruit and train officers so they are “in the best possible position to serve their communities in the way their communities want to be served,” said Eric Nunez, president of California Police Chiefs Association.

Education requirements have not kept pace with the rapidly evolving nature of the job, Nunez said.

“The 685 hours required by academy training is woefully inadequate given the breadth of duties and expectations placed on officers today,” he said. Some professions require twice as many hours of training as the police academy, he said, yet those professions aren’t making arrests and life-and-death decisions.

The proposed college classes would augment that training, though the state’s police standards board could give officers credit for prior experience in meeting some of the requirements.

The groups cited studies that officers who lacked a college education accounted for three-fourths of disciplinary actions; that officers with college degrees acted as if they had the same experience as 10-year veterans; and that college graduates are less likely to use force.

Democratic Assemblymembers Kevin McCarty and Sydney Kamlager, who each carried police reform legislation this year, separately cited those benefits in praising the proposal.

“But it still doesn’t change the fact that you can have a lot of training, but how you change the culture of departments is equally important,” Kamlager said.

The proposal is an opening move as state lawmakers promise to revisit next year stalled measures including one that could have permanently stripped wayward officers of their badges. Other measures revealing more police misconduct records, requiring officers to intervene if they witness excessive use of force, and limiting their use of rubber bullets and tear gas against peaceful protesters also died when the Legislature adjourned in August.

Police organizations promised then to work with proponents to craft what they said would be more workable solutions, and leaders said Thursday’s proposal is an opening example, with more proposals to come.

Changing public perception of officers is key, they said, after repeated high-profile police killings of people of color led to widespread protests this spring and summer. As one result, departments are having an increasingly hard time filling vacancies.

In response, the two organizations called for the state to create a statewide recruitment taskforce to funnel students into law enforcement careers.

They also want a new education fund to help prospective officers who otherwise can’t afford a higher education, though they specified neither the amount nor the source of the funding. The two proposals will help lead to more diverse police forces, they said.

Police officer unions in San Jose, San Francisco and Los Angeles said in a joint statement they encourage higher education for officers, but fear the proposal may still be a barrier for people of color, military veterans and those who can’t afford college.

The two groups said their goal is for California to have the best trained and educated police officers in the nation by the end of this decade.

While some other states already require college degrees, the California groups’ proposal would continue to allow high school graduates to serve if they complete the additional required college classwork.

Illinois, Nevada, New Jersey and North Dakota require a bachelor’s degree or an associate degree with law enforcement experience, according to a survey by the two groups.

Kentucky, Minnesota, Oklahoma, Pennsylvania and Wisconsin require an associate degree with some alternatives for other training, and Idaho requires two years of college attendance. Some other states also require at least some college credits.

The difference in California would be that the required coursework would be targeted to specific areas that would help officers better relate to the community, they said. They also want to work with the state’s community college and university systems to eventually develop a degree specifically designed for law enforcement, similar to the current bachelor’s degree in nursing.