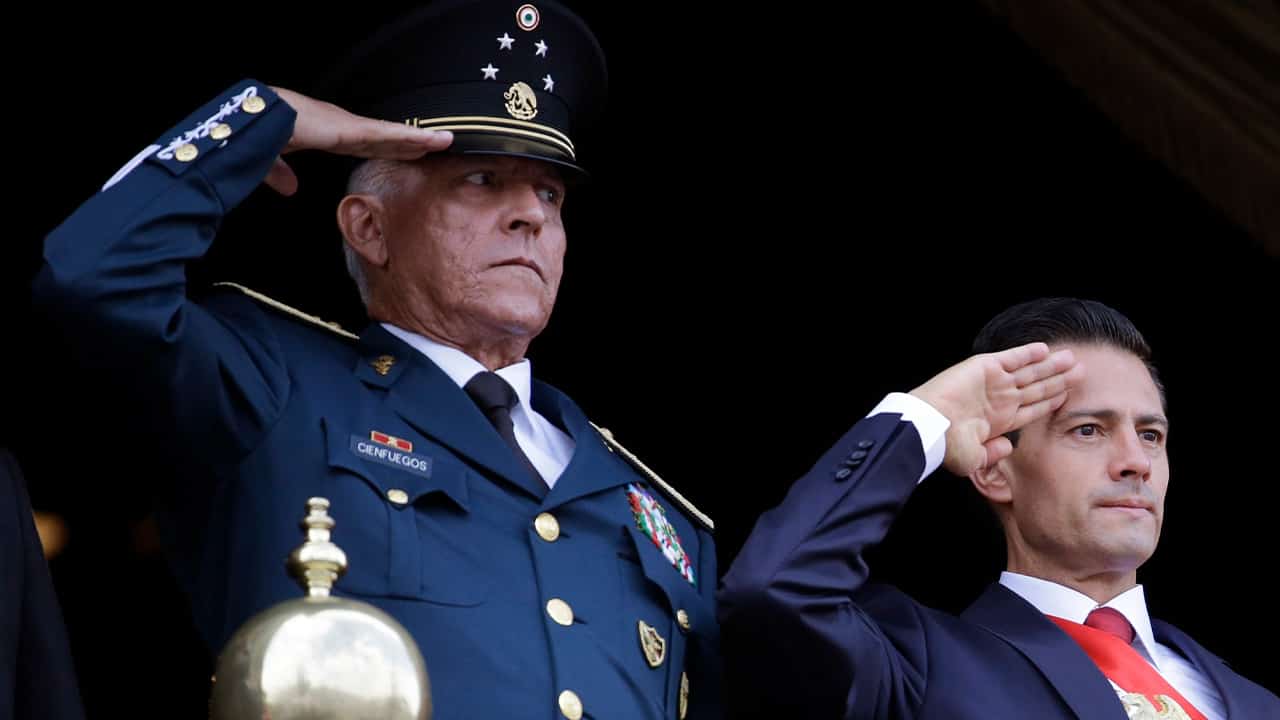 MEXICO CITY — Mexico said Thursday it will no longer allow officials accused of corruption to be tried in the United States, a move that could end a decades-old tradition in which most of Mexico’s high-profile drug-trafficking and corruption cases have been tried north of the border.

However, the extent of the new policy was unclear, and officials suggested some extraditions could continue.

There was no immediate comment from U.S. officials on Mexico’s bombshell statement, but it came one day after the U.S. dropped a high-profile drug trafficking and money laundering case against a former Mexican defense secretary.

The announcement suggests the fallout from the arrest of former Gen. Salvador Cienfuegos — which enraged Mexico when the Justice Department announced it last month — is far broader than previously known.

“Whoever is culpable according to our laws will be tried, judged and if applicable sentenced in Mexico, and not in other countries, and that is the basis which has been encouraged with this agreement,” said Foreign Relations Secretary Marcelo Ebrard. “That is what has been discussed, what has been agreed and what has been maintained with U.S. authorities.”

U.S. officials have given no hint that the agreement went beyond the Cienfuegos case, and the White House did not respond to questions about the matter or Ebard’s comments Thursday.

Ebrard’s statement was not clear on whether Mexico would continue extraditing accused drug traffickers to face charges in U.S. courts, as it has done often in the past, or whether he was only referring to officials accused of collaborating with drug gangs.

On Tuesday, the U.S. Department of Justice requested that drug trafficking and money laundering charges against Cienfuegos be dismissed and that he be returned to Mexico in the interest of maintaining cross-border cooperation. That decision came after reports that Mexico had threatened to expel the Drug Enforcement Administration’s regional director and agents.

Cienfuegos Was Returned to Mexico Wednesday and Was Promptly Released

President Andrés Manuel López Obrador denied that Thursday, saying, “We didn’t threaten anybody. All we did was express our disagreement.”

“We did not threaten to expel the agents. We said we want to be informed and for the cooperation agreements to be respected,” López Obrador said, adding, “I think it is an injustice for innocent people to be put on trial.”

“You cannot allow foreign agencies to try Mexicans if there is no proof,” said López Obrador, who depicted it as a national sovereignty issue. “Just because they are other countries’ legal institutions, does that make them the owners of justice and rectitude.”

Cienfuegos was returned to Mexico Wednesday and was promptly released.

Ebrard vowed that the investigation into Cienfuegos would be “worthy of Mexico’s prestige and dignity.” But the entire process of notifying Cienfuegos of the investigation and processing him back into the country took only about a half hour, far less time than the average traveler spends in customs and immigration.

Ebrard appeared to be aware of the damage to Mexico’s reputation if Mexican prosecutors, as many expect, fail to bring their own charges against Cienfuegos.

“It would be very costly for Mexico, to have decided to have this conversation with the United States, to achieve the dropping of charges against a former cabinet secretary for the first time in history, … for him to be returned to Mexico, and then later do nothing,” Ebrard said. “That would be almost suicidal.”

The full scope of Mexico’s pressure was not clear and U.S. officials were vague about what led them to drop charges in a case they had celebrated as a major breakthrough just last month, when federal agents nabbed the retired general in Los Angeles.

Two officials, one Mexican and one American, said Mexico’s tactics involved threatening to expel the Drug Enforcement Administration’s regional director and agents unless the U.S. dropped the case. But they said that was only part of the negotiation. They would not elaborate.

The officials asked not to be named because they were not authorized to speak publicly about the case.

A judge in New York City approved the dismissal of charges on Wednesday, capping a lightning-fast turnaround in a case that drew loud protests from top Mexican officials and threatened to damage the delicate relationship that enables investigators in both countries to pursue drug kingpins together.

Cienfuegos, 72, was secretly indicted by a federal grand jury in New York in 2019. He was accused of conspiring with the H-2 cartel in Mexico to smuggle thousands of kilos of cocaine, heroin, methamphetamine and marijuana while he was defense secretary from 2012 to 2018.

Prosecutors said intercepted messages showed that Cienfuegos accepted bribes in exchange for ensuring the military did not take action against the cartel and that operations were initiated against its rivals. He was also accused of introducing cartel leaders to other corrupt Mexican officials.

Mexican officials complained that the U.S. failed to share evidence against Cienfuegos and that his arrest came as a surprise. It also caused alarm within Mexico’s military, which has played a crucial role in operations against drug cartels.

Mexico depicted Cienfuegos’ release as a victory for the country’s sovereignty and its demand to be treated as an equal partner by the United States, a striking position given that most think that Mexico’s court system — and corrupt officials — are the weak links in the country’s fight against drug trafficking.