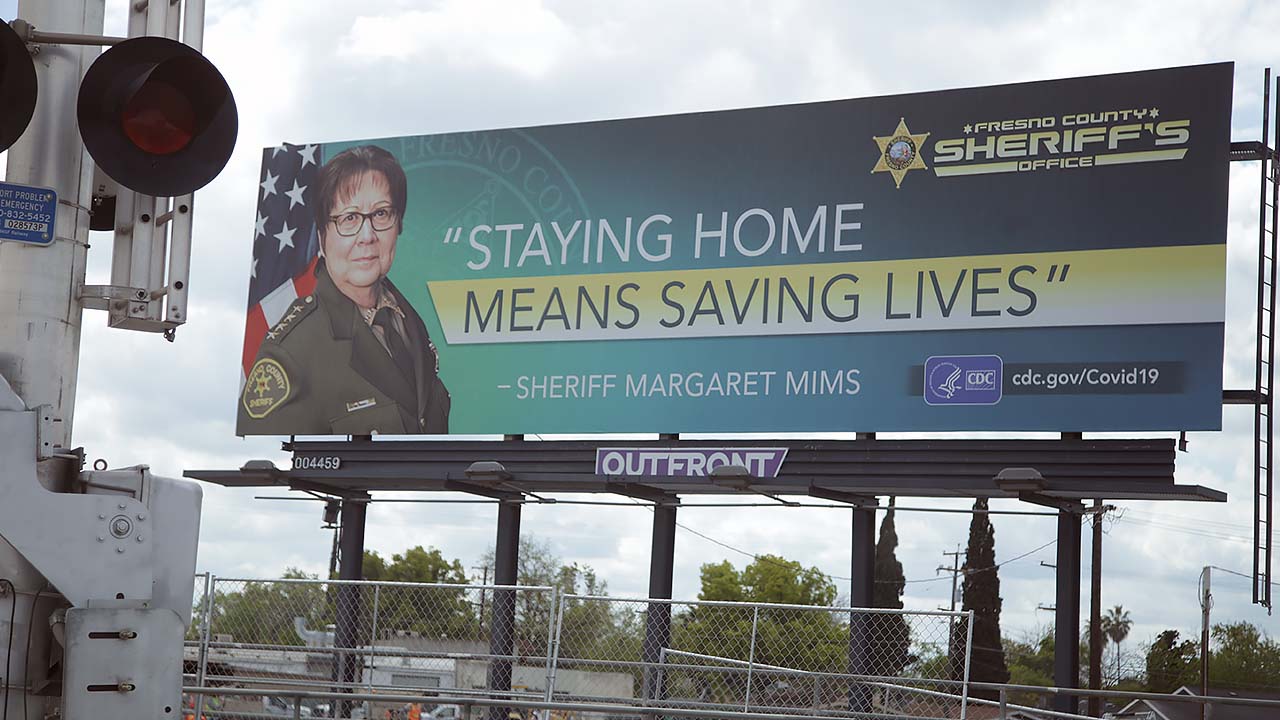 San Diego County Sheriff Bill Gore on Thursday announced a “full-time law enforcement presence” to get more businesses to comply with California’s tightening coronavirus restrictions, joining one of the most aggressive enforcement efforts in the state.

The scattershot approach is playing out across the state.

Gore made a rare appearance at a county coronavirus briefing to make a “full-time commitment” to seeing that Gov. Gavin Newsom’s orders stick. Newsom announced a curfew from 10 p.m. to 5 a.m. for nearly the whole state starting Saturday.

Some Agencies Responding to Complaints Only

Other counties are taking a softer approach, emphasizing education and persuasion. San Diego County’s enforcement push is part of a tug-of-war among California officials over whether to emphasize enforcement or persuasion as infection rates soar and the holidays arrive along with colder weather and the flu season.

Gore assigned four teams of two deputies to accompany health inspectors delivering the cease-and-desist orders, which threaten misdemeanor prosecution and $1,000 fines. Businesses that refuse to comply will be cited and referred for charges to the county district attorney or city attorney.

Sheriff’s deputies will respond to complaints only, Gore said, as opposed to going door to door or searching for violations.

Gore said the effort is supported by San Diego and four other cities in the county, but he vowed to go to cities that have refused to make enforcement a priority. That includes El Cajon, a suburb of 103,000, whose mayor has been highly critical and dismissive of the governor’s edicts.

“It’s just a matter of all of us pulling together, getting through this very difficult time,” Gore said. “Bottom line is wear those damn masks out there, socially distance, and the sooner we do that, the sooner we’re going to get through this crisis.”

Owner Amanda Burns said she complied with two previous state-ordered shutdowns but stayed open Monday after a third order took effect, saying it “was just a matter of trying to survive.”

“They’re coming at us harder,” said Burns, who closed her studios after getting cease-and-desist letters on indoor classes.

Violators May Be ‘Celebrated as…Folk Heroes’

Posting violators’ names online can have benefits and drawbacks, said Don Moore, a professor at the University of California, Berkeley, Haas School of Business who studies behavioral decision-making.

Consumers may avoid businesses that officials label as unsafe, and businesses may clean up their act. But violators may “find themselves celebrated as some sort of weird folk heroes standing up to government domination,” he said.

Moreover, the publicity may encourage more misbehavior as reluctant businesses realize “there are other scofflaws out there,” Moore said.

Better to reward positive behavior by giving businesses that follow the rules a public seal of approval, “as opposed to ‘This business sucks, they’re horrible,'” said Dr. Monica Gandhi, an infectious disease expert at University of California, San Francisco.

It’s emblematic of California’s general approach, which has been to focus on poor behavior, she said, even if officials have been reluctant to impose punishment.

Los Angeles County Sheriff Alex Villanueva has said he would not enforce a nighttime curfew for restaurants and nonessential retail businesses in the nation’s most populous county, where cases more than doubled in the last two weeks and hospitalizations rose 30%.

It’s a muddled message from the top down, one that can cause residents to ignore warnings, Gandhi said.

The governor has pleaded with residents to avoid gatherings that officials mainly blame for the recent surge. Yet he simultaneously renewed the state’s ban on indoor church services, indoor dining and indoor gym workouts in 41 of the state’s 58 counties.

“Gov. Newsom really finds himself in a predicament in an attempt to get tougher when the state lacks enforcement mechanisms for individual behavior,” Moore said. “They can regulate businesses, and so that’s what they’re trying to do.”

With some local officials refusing to act, Newsom created multiagency “strike teams” this summer that have made nearly 1.5 million in-person visits, phone calls and emails, 60% of them within the first month.

The state agencies have since taken 4,163 enforcement actions, including issuing citations and revoking business licenses, said Brian Ferguson, a spokesman for the state Office of Emergency Services that coordinates the program.

Eric Nuñez, president of the California Police Chiefs Association, views the pandemic as a public health crisis rather than a public safety issue, so police are reluctant to step in.

“Compliance is better gained through education and just trying to reason with people as much as possible,” he said.