Gabby Manoz was pregnant when she contracted COVID in August.

Her mom found her very sick at home and rushed her to Madera Community Hospital. The 25-year-old mom-to-be was assessed and soon transferred to Community Regional Medical Center in Fresno for a higher level of care.

Doctors say Manoz was not responding to her COVID treatment. So, they delivered her baby at 32 weeks, bringing little Madelyn Rose into the world on September 11.

But Manoz was so sick she didn’t know she had delivered.

“After several days it came to the point where we had to induce labor to see if that would help Gabby survive,” said Dr. Mohamed Fayed.

After about 20 days of mechanical ventilation, he said, all measures to save Manoz’ life were failing. Doctors then made the decision to try a treatment, known as ECMO, that oxygenates and pumps a patient’s blood outside the body 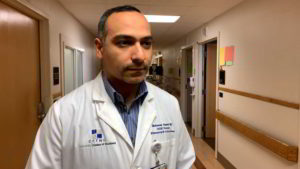 “After several days it came to the point where we had to induce labor to see if that would help Gabby survive.”–Dr. Mohamed Fayed, UCSF-Fresno

“We felt that she would be high risk, but it was reasonable enough to offer it to her,” says Fayed. “After 28 days of ECMO she was able to come off of it which is a really incredible outcome.”

The ECMO machine is similar to the heart-lung bypass machine used in open-heart surgery. It’s external oxygenation process allows the heart and lungs to rest.

“I couldn’t talk because I had a trachea,” says Manoz. “I was worried about, OK, what if I can’t talk again?”

She says once the medical team removed everything she was able to speak again. “I thank God everyday.”

Fatigue but No Fever When Admitted

“I just didn’t feel right,” Manoz says of the symptoms she was experiencing before being admitted to the hospital.

“My fatigue was really bad. It just feels different. It just felt like you have no control over your body. Being diabetic just made it worse.”

She says she never lost her taste or smell and she didn’t even have a fever at first. “Everybody’s symptoms are different,” said Manoz. 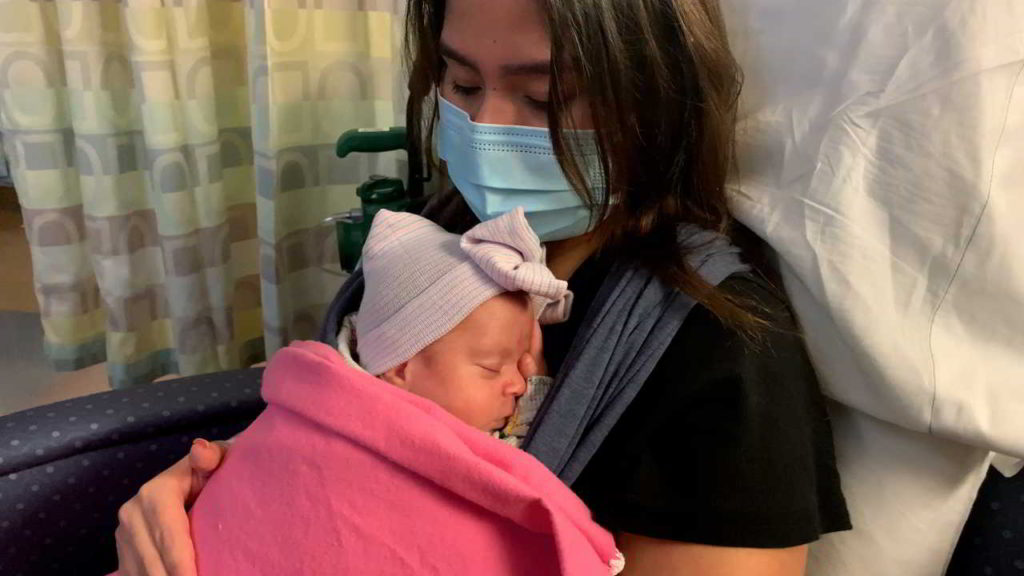 She remembers seeing her new baby for the first time while she was still in the ICU. Nurses brought Madelyn Rose to her, but Manoz couldn’t hold her.

“I touched her hand through the glass (opening),” says Manoz. “It was just like – emotional. I couldn’t believe it.”

The first visit only lasted 20 minutes. The next day, Manoz was finally able to hold her.

“I was just like, oh my gosh. But at that time I didn’t have my full energy, so I was tired when I was holding her,” explains Manoz.

Manoz says her baby was her motivation through rehab because all she wanted to do was go home with her. 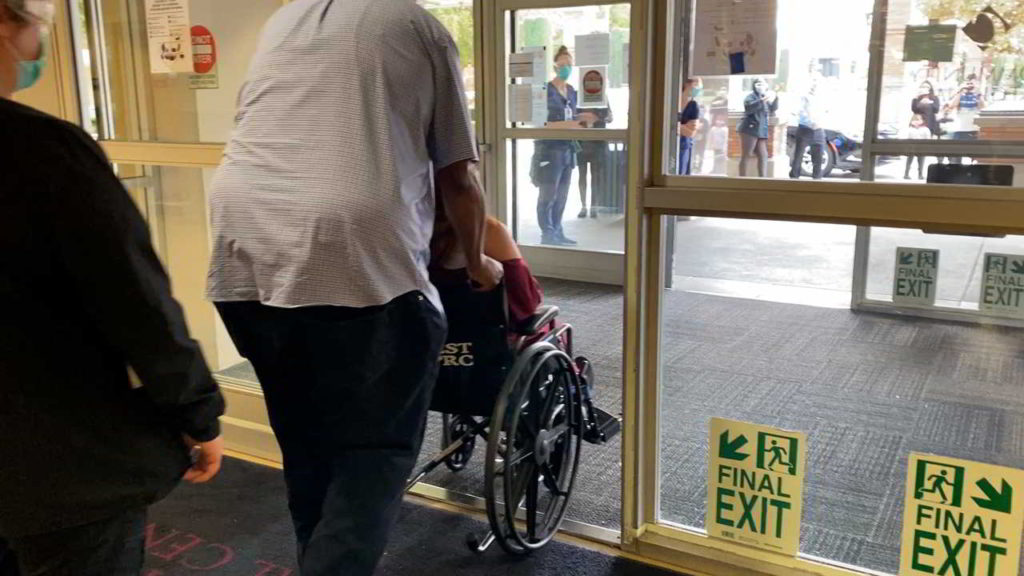 Gabby Manoz is wheeled out to a line of nurses and doctors waiting to give her a round of applause as she leaves the hospital. (Community Regional Medical Center Photo)

On Tuesday, Manoz was able to go home with Madelyn Rose in her arms.

“God has me here for a reason and my baby’s healthy,” she said during an interview before going home Tuesday morning.

As she left the hospital, Manoz was greeted with balloons and applause from the doctors and nurses that helped save her life.

“It’s just the beginning for us,” she said about the future for her and her new daughter. “What we went through just made me stronger for her and for my family.”