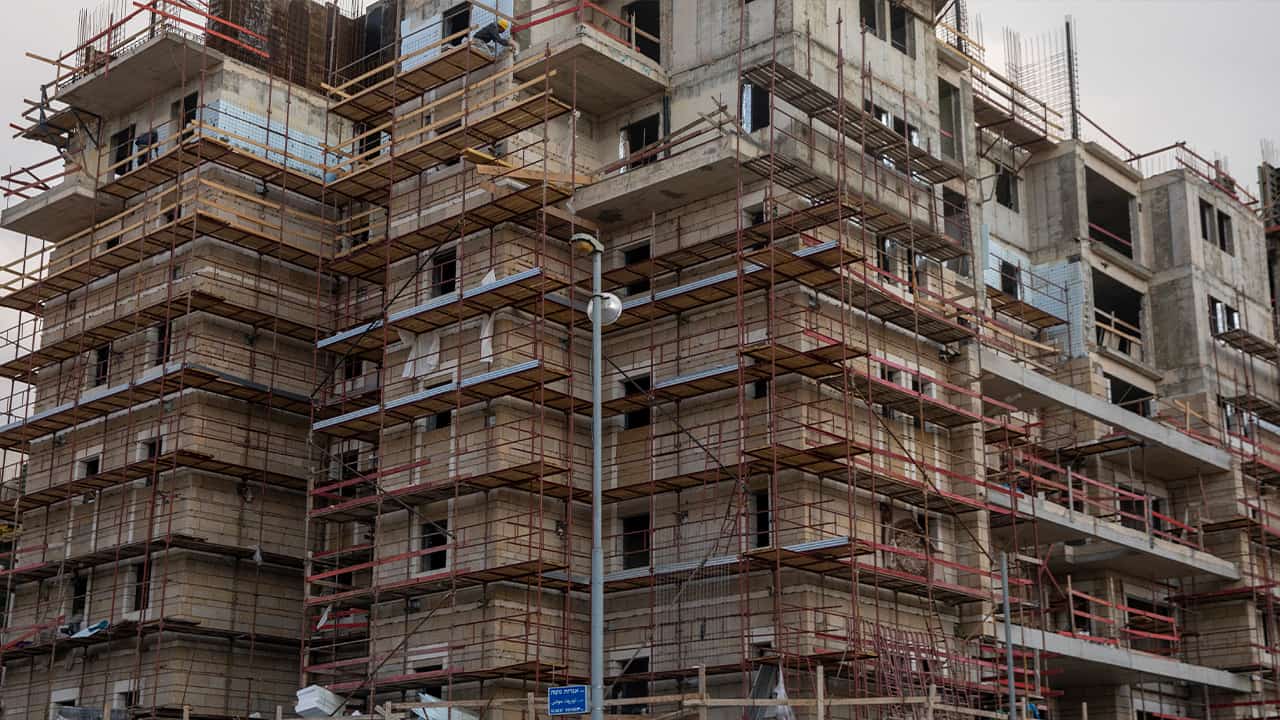 On a visit to Israel in 2010, Biden was caught off guard when authorities announced plans to build hundreds of new homes in the sprawling Jewish settlement in east Jerusalem. The incident embarrassed Biden and sparked a diplomatic rift with the Obama administration that never quite healed. Yet despite Biden’s opposition to the project, a decade later Ramat Shlomo has ballooned.

The episode could foreshadow what lies ahead under the Biden administration — with a U.S. president opposed to Israeli construction on occupied lands claimed by the Palestinians but seemingly limited in his ability to stop it, particularly when dealing with a changing Middle East and preoccupied by domestic priorities.

The coming two months provide a key test for Israeli Prime Minister Benjamin Netanyahu on the matter. The Israeli leader, a longtime supporter of the settlements, may seek to take advantage of the final days of the settlement-friendly Trump administration and push through a flurry of last-minute construction projects. But doing so could antagonize the incoming administration.

Both settlement supporters and critics expect Netanyahu to proceed with caution. With the Biden administration expected to re-engage with Iran over its nuclear program, Netanyahu’s top security concern, he seems unlikely to pick a fight with the president-elect. Netanyahu’s office did not respond to a request for comment.

Martin Indyk, a former U.S. peace negotiator during the Clinton and Obama administrations, said the Israeli-Palestinian conflict is no longer a “vital national interest” for Washington and that he did not expect Biden to make it a priority. Nonetheless, he said Biden still has a strong familiarity with the region.

“I don’t think he’s going to want to have a fight over settlements. But if Bibi makes it an issue, then there will be a problem there,” said Indyk, using Netanyahu’s nickname.

Trump has delivered a number of diplomatic gifts to Netanyahu, including the withdrawal of the U.S. from the international nuclear deal with Iran, recognition of Jerusalem as Israel’s capital and moving the U.S. Embassy there. Trump recently brokered three normalization deals between Israel and Arab countries, shattering a longstanding position by Arab states that have traditionally withheld recognizing Israel until it made major concessions to the Palestinians.

In a break from his Republican and Democratic predecessors, Trump also has taken a much softer line toward the settlements. Surrounded by advisers with close ties to the settler movement, Trump’s administration declared last year that it did not consider the settlements to be illegal under international law. Then, in January, he unveiled a Mideast plan that envisions placing parts of the West Bank, including all of the settlements, under permanent Israeli control.

Israel this year appeared poised to begin annexing West Bank territory under the Trump plan but was dissuaded as part of the deal establishing ties with the United Arab Emirates. Nonetheless, Israel has ramped up plans to build thousands of new homes throughout the West Bank. Anti-settlement monitoring groups expect additional settlement approvals in the West Bank and east Jerusalem before the end of Trump’s term.

Biden, while claiming to have “ironclad” support for Israel, has already indicated he will reverse many of Trump’s decisions. He has come out against unilateral annexation and supports a two-state solution between Israel and the Palestinians. Although he has said he will not move the embassy back to Tel Aviv, he is expected to reopen the U.S. Consulate in Jerusalem that managed relations with the Palestinians and restore hundreds of millions of dollars of aid to the Palestinians that Trump cut off.

Palestinian official Hanan Ashrawi called on the incoming administration not to return to “mistakes of the past” and said the traditional U.S. condemnations of settlement expansion would not be enough.

A nadir in those ties came at Biden’s expense with the 2010 Ramat Shlomo incident. As he held friendly meetings with Israeli officials, Israel’s Interior Ministry approved the construction of 1,600 new apartments in the neighborhood. Netanyahu said at the time that he had been blindsided by the announcement by low-level technocrats and tried to contain the damage at a late-night dinner with Biden.

At the time, Ramat Shlomo had about 2,000 apartments, according to Ir Amim, a group that tracks settlement building in Jerusalem.

Today, the area, which Israel considers a neighborhood of its capital, is undergoing a construction boom, with nearly 600 homes being built, according to Peace Now, another anti-settlement monitoring group. Ir Amim says over 700 additional apartments are in the pipeline. This week, bulldozers shoveled dirt and cranes whirred in the neighborhood’s building frenzy.

Brian Reeves, a spokesman for Peace Now, said the group expects Biden to change the tone on settlements but not to put enough pressure on Israel to stop.

“The U.S. will resume its condemnations of settlements but it’s not going to take any drastic action against it, so it’s going to seem like it’s ringing hollow,” he said.

Settler leaders, disappointed to be losing a friend in Trump, said they hope Biden will be different than Obama and not push for curbs on construction.

“I would hope that they don’t fall back into the old approach that led us into a deadlock,” said Oded Revivi, mayor of the Efrat settlement.

For now, Israel seems unlikely to make too many bold moves in the settlements if it wants to curry favor with an administration likely to renegotiate the Iran nuclear deal.

“The No. 1 issue for Israel is Iran. Not the settlements, not the peace process, not the Palestinians,” said Eytan Gilboa, an expert on U.S.-Israel relations. “Anything that could disrupt collaboration with the United States on Iran is going to be off.”

Related Topics:IsraelJerusalemJoe Biden
Up Next