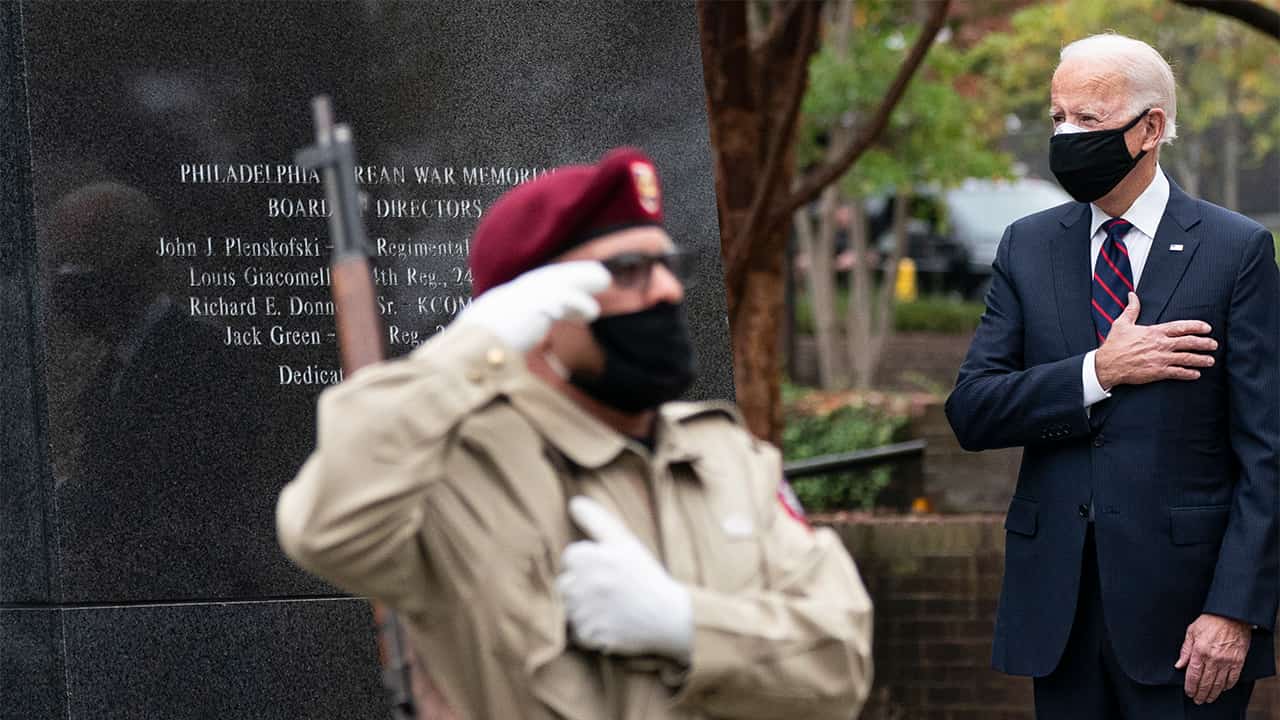 WASHINGTON — The presidential race was hovering in limbo in 2000 when outgoing President Bill Clinton decided to let then-Gov. George W. Bush read the ultra-secret daily brief of the nation’s most sensitive intelligence.

Clinton was a Democrat and his vice president, Al Gore, was running against Republican Bush. Gore had been reading the so-called President’s Daily Brief for eight years; Clinton decided to bring Bush into the fold in case he won — and he did.

President Donald Trump has not followed Clinton’s lead. As he contests this year’s election results, Trump has not authorized President-elect Joe Biden to lay eyes on the brief.

National security and intelligence experts hope Trump changes his mind, citing the need for an incoming president to be fully prepared to confront any national security issues on Day One.

“Our adversaries aren’t waiting for the transition to take place,” says former Michigan Republican Rep. Mike Rogers, who was chairman of the House intelligence committee. “Joe Biden should receive the President’s Daily Brief starting today. He needs to know what the latest threats are and begin to plan accordingly. This isn’t about politics; this is about national security.”

U.S. adversaries can take advantage of the country during an American presidential transition and key foreign issues will be bearing down on Biden the moment he steps into the Oval Office.

Among them: Unless Trump extends or negotiates a new nuclear arms accord with Russia before Inauguration Day, Biden will have only 16 days to act before the expiration of the last remaining treaty reining in the world’s two largest nuclear arsenals. Perhaps U.S. spies have picked up tidbits about the Russians’ redlines in the negotiations, or about weapons it really wants to keep out of the treaty.

That’s the type of information that might be in the PDB, a daily summary of high-level, classified information and analysis on national security issues that’s been offered to presidents since 1946. It is coordinated and delivered by the Office of the National Intelligence Director with input from the CIA and other agencies. It is tailored for each president, depending on whether they prefer oral or written briefs or both, short summaries or long reports on paper or electronically.

Having access to the PDB also could help Biden craft a possible response to North Korea, which has a history of firing off missiles or conducting nuclear tests shortly before or after new presidents take office.

Biden has decades of experience in foreign affairs and national security, but he likely has not been privy to the latest details about how Iran is back to enriching uranium, or the active cyber attack operations of Russia, China and Iran. China’s crackdown on Hong Kong is heating up. And the threat from Islamic extremists, although curbed, still remains.

Biden is trying to play down the significance of the delay in getting access to the PDB.

“Obviously the PDB would be useful but, it’s not necessary. I’m not the sitting president now,” Biden said Tuesday. He didn’t answer a question about whether he’d tried to reach out to Trump himself on this or any other issue, saying only, “Mr. President, I look forward to speaking with you.”

He was also asked about needing access to classified information as soon as possible if Trump doesn’t concede the race.

“Look, access to classified information is useful. But I’m not in a position to make any decisions on those issues anyway,” Biden said. “As I said, one president at a time. He will be president until Jan. 20. It would be nice to have it, but it’s not critical.”

Vice President-Elect Kamala Harris Also Should Be Getting the Briefings

Biden is familiar with the PDB, having read it during his eight years as vice president. But threats are ever-changing and as Inauguration Day nears, his need for Trump to let him get eyes on the intelligence brief will become more critical.

Sen. James Lankford, R-Okla., predicted that the issue of whether Biden will get access to the intelligence brief will be resolved soon.

“I’ve already started engaging in this area. … And if that’s not occurring by Friday, I will step in and push and say this needs to occur so that regardless of the outcome of the election, whichever way that it goes, people can be ready for that actual task,” Lankford told KRMG in Tulsa, Oklahoma, on Wednesday.

He said Vice President-elect Kamala Harris also should be getting the briefings, which should not be a problem because she already has security clearances as a member of the Senate intelligence committee.

“President-elect Joe Biden and his transition team should not suffer a similar delay,” John Podesta, who served as White House chief of staff under Clinton, and Bush’s chief of staff Andrew Card wrote in a joint op-ed published this week in The Washington Post.

“We have since learned the serious costs of a delayed transition,” they wrote. “Less than eight months after Bush’s inauguration, two planes flew into the World Trade Center, killing nearly 3,000 Americans.”

The 9/11 Commission Report on the Sept. 11, 2001, attacks warns of the danger in slow-walking presidential transition work in general, not just the intelligence piece. The Bush administration didn’t have its deputy Cabinet officers in place until the spring of 2001 and critical subcabinet positions were not confirmed until that summer — if then, the report said.

For now, the office of National Intelligence Director John Ratcliffe says it can’t begin talking with the Biden transition team until a federal agency starts the process of transition, which the Trump administration is delaying.

The office, which oversees more than a dozen U.S. intelligence agencies, said it must follow the Presidential Transition Act, which requires the General Services Administration to first ascertain the winner of the election, which Trump is contesting. GSA administrator Emily Murphy, who was appointed by Trump, has not yet officially designated Biden as the president-elect.

Intelligence agencies have given generalized intelligence briefings — minus information on covert operations and sources and methods — for presidential nominees since 1952. President Harry S. Truman authorized them for both parties’ candidates because he was upset about not learning about the U.S. effort to develop an atomic bomb until 12 days into his presidency.

“It’s an important and meaningful tradition, and I’m concerned that it’s not being continued,” said Denis McDonough, a former White House chief of staff during the Obama administration who oversaw the 2017 transition.

Biden started receiving these more general security briefings after he became the Democratic presidential nominee, but it’s unclear if he is still getting those. A spokesman for Biden’s transition team declined to comment.