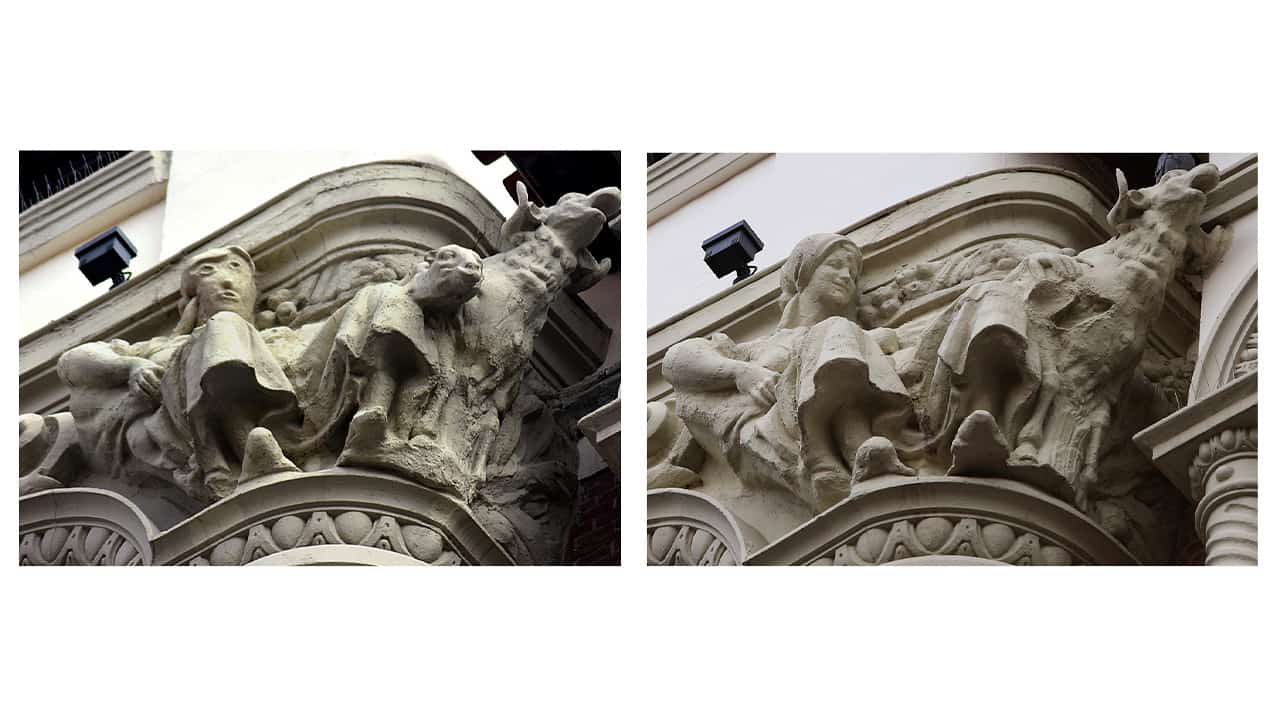 MADRID — Restoration work on a sculpture in northern Spain has resurrected memories of a restored Christ fresco in another Spanish city eight years ago that drew ridicule as well as tourists.

The latest incident concerns a relief sculpture on the exterior of an ornate office building in the city of Palencia. What was once the bust of a smiling woman now looks more like the head of a cartoon character.

The disfigurement was bought to light by a local artist who lives near the office building and was tipped off by a florist on his street. Antonio Capel posted before and after photographs on his Facebook page, triggering a flurry of social media reaction and attention from journalists.

“I was surprised. How could they have done this?” Capel told The Associated Press on Wednesday. “This must be at least 10-years-old, and we’re only finding out now.”

He said the 20th-century building belongs to a bank but tenants decided to fix the façade some years ago.

Now, Spanish media are showing images of people stopping to stare up at the building and to take photos.

The poorly done restoration drew immediate comparisons with an “Ecce Homo” fresco in the northern Spain town of Borja. A local amateur artist decided the circa 1930 depiction of Christ at the Sanctuary of Mercy church needed restoration, but the face she produced in 2012 immediately drew comparisons to a monkey.

However, her work turned into a Borja tourist attraction. It remains to be seen if the Palencia job will have the same effect.

A Palencia City Hall spokesman who declined to offer a name following internal procedure was unable to say when the work was carried out or by whom but said the restoration would most likely be investigated by regional authorities.