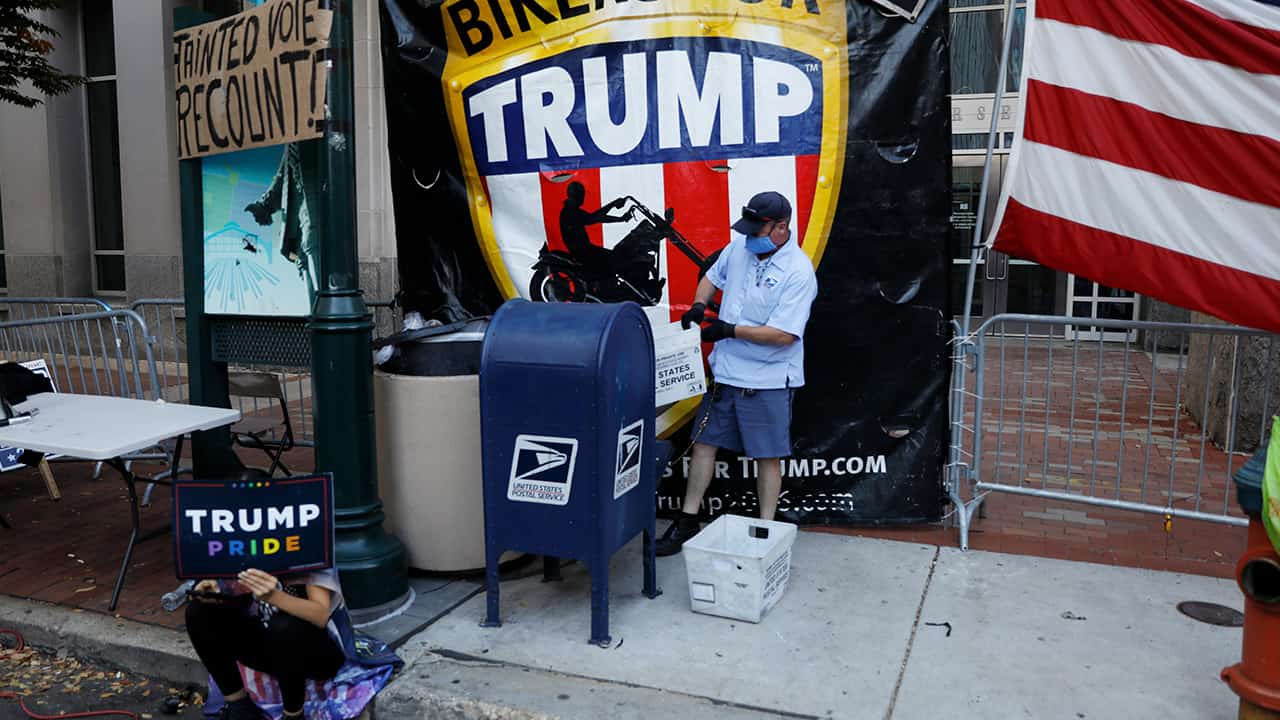 As President Donald Trump continued to assert without evidence Tuesday that the presidential election was undermined by voter fraud, social media users falsely claimed that people had cast extra votes using the identities of dead people in Pennsylvania and Michigan.

There’s no evidence that this happened.

The false claim that deceased voters cast votes “comes up every election,” said Jason Roberts, a professor of political science at The University of North Carolina at Chapel Hill.

Experts told The Associated Press that it is common for state voter rolls to include voters with birthdates that make them appear impossibly old, but these are usually explained by human error, software quirks or voter confidentiality issues.

Here’s a closer look at this dubious claim:

CLAIM: Dead people in Pennsylvania and Michigan voted in the 2020 presidential election.

THE FACTS: There is no proof of foul play involving deceased voters in the election, according to officials in both states.

“A similar complaint was brought before a PA court — and soundly rejected,” the Pennsylvania Office of Attorney General said in a statement. “The court found no deficiency in how PA maintains its voter rolls, and there is currently no proof provided that any deceased person has voted in the 2020 election.”

When the Birthdate Is Entered, Numbers Could Be Accidentally Flipped or Simply Mistyped

There was one incident in Luzerne County where a registered Republican reportedly attempted to apply for an absentee ballot in his deceased mother’s name, but he didn’t make it past the application phase. “This case is more proof our election will be protected by state and local officials alike,” Attorney General Josh Shapiro tweeted in October.

After social media users circulated videos that purportedly showed the names of dead voters in Michigan, The AP contacted one of the people named. She was very much alive and had just beaten her husband at cribbage.

According to experts, seeing strange birthdates on voter rolls that appear to belong to deceased registrants isn’t evidence of voter fraud, and there are multiple reasons why it can occur.

Tracy Wimmer, a spokesperson for Michigan’s secretary of state’s office, told The AP that on rare occasions a ballot received from a voter may be recorded as though that person is too old to be alive. This can occur when an incorrect birth year is entered on voter rolls.

When the birthdate is entered, numbers could be accidentally flipped or simply mistyped, according to Tammy Patrick, a former Arizona election official who now works for the Democracy Fund, a foundation that works on voting issues.

“Some states have a default ‘year of birth’ that they entered for registrations that lacked a year of birth on the old paper forms when voter registration was moved from paper to computer,” Roberts, the political science professor, explained in an email. “Those never get updated and as time goes on the voters with this issue look ‘older’ whether they are or not.”

In Pennsylvania, some active voters are listed with the birthdate “01/01/1800.” That date is used for “confidentiality reasons of the registered voters,” such as if they’re victims of domestic violence, according to a state website.

And sometimes people who appear to be voting while dead simply share a deceased person’s name and birthday, Roberts said.

Absentee ballots cast by Michigan and Pennsylvania residents who die before Election Day are not counted, but voter rolls can sometimes lag behind.

Claims that hundreds of people over 100 voted in Pennsylvania suggest something nefarious, but Matthew Weill, Elections Project director at Bipartisan Policy Center, said that is “not so crazy” in the year 2020. “There are tens of thousands of centenarians in the US,” he said.

Throughout the pandemic, social media posts showed seniors casting votes through mail-in ballots for the 2020 election. A 102-year-old woman from Illinois, Beatrice Lumpkin, was photographed casting a mail-in-ballot while wearing a hazmat suit.

Some of the claims about dead voters appear to stem from an active federal lawsuit that alleges Pennsylvania failed to “maintain accurate and current voter rolls” that include 21,000 apparently deceased registrants. The Public Interest Legal Foundation, a conservative group based in Indiana, amended the lawsuit on Nov. 5 against Pennsylvania Secretary of State Kathy Boockvar.

The group has taken legal action in a handful of places to try to force voter-roll pruning. In December 2019, the group filed a lawsuit against Detroit election officials alleging that the city had over 2,500 dead people on the voter rolls — including one born in 1823. The lawsuit was dropped in June 2020 after election officials updated voter rolls.

Related Topics:MichiganPennsylvaniasocial media
Up Next

Wisconsin Protest Shooter’s Mom Says Police Should Have ‘Stepped Up’