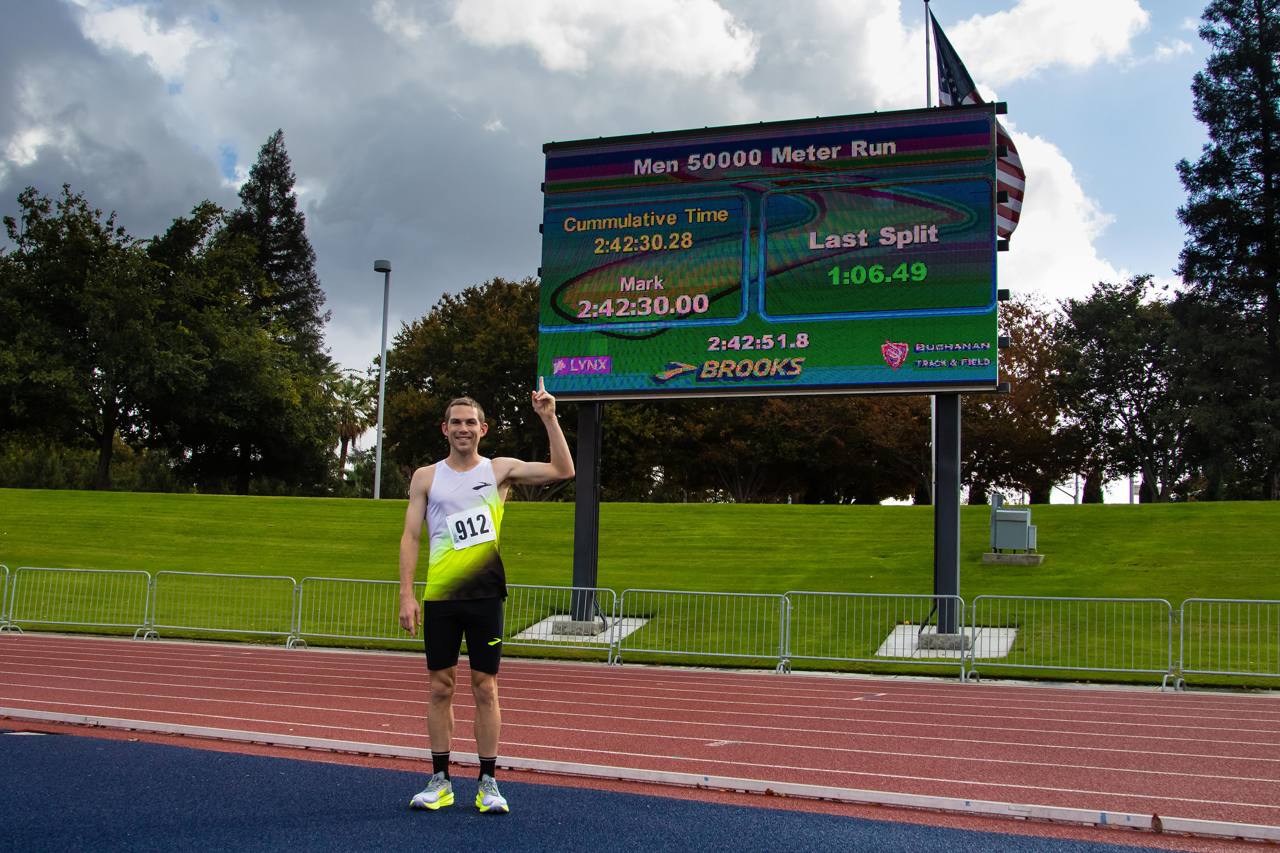 CJ Albertson, cross country coach at Clovis Community College, set a world record Sunday for the 50-kilometer distance — and he didn’t have to leave Clovis to do it.

Fifty kilometers is equal to 31.07 miles.

Albertson ran in his first marathon only two years ago when he was 25, came in first, and qualified for the Olympic trials. A marathon is about 42 kilometers, or slightly more than 26 miles. 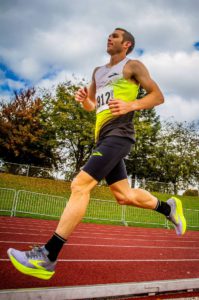 Coach Albertson on one of his 125 laps on Sunday. (Photo courtesy of Brooks Running)

‘I Must Be Good at This’

His success in that race, the Two Cities Fresno Marathon, inspired him to keep running, State Center reported.

“I qualified for the Olympic trials on my first marathon. I really enjoyed everything about the training and the race and after taking first, I thought I must be good at this,” he said in a State Center news release.

He has been invited to an elite-only marathon in Chandler, Ariz. on Dec. 20 that’s limited to 50 men and 50 women considered to be the fastest people in North America.

Albertson’s training this fall was limited because of bad air created by the Creek Fire, but he still has six weeks to get ready. His goal is to finish the Arizona marathon in 2 hours and 10 minutes.

He is the founding coach of Clovis Community College’s men’s and women’s cross country teams and led both to the state championships in his first year. He also was named CVC Conference Women’s Coach of the Year.

Related Topics:Clovis Community College
Up Next

Beyond Meat Falls Short in 3Q as Restaurants Struggle

Despite Moratorium, Tenants Say They Are Being Evicted From ‘Last Resort’ Motel