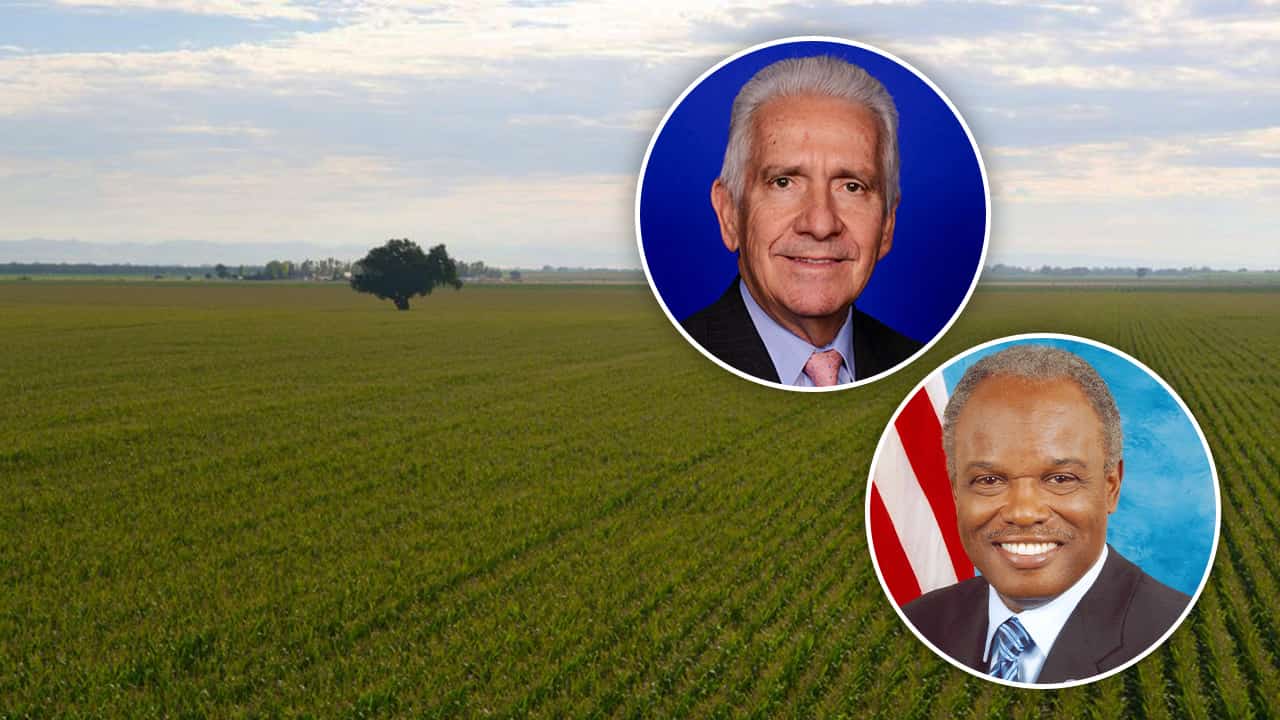 Fresno Congressman Jim Costa has declared his intention to become chairman of the House Agriculture Committee.

Costa, a Democrat who just secured his ninth term in office, will face competition for the seat. Rep. David Scott (D-Georgia) also publicly declared his intention.

Speaker of the House Nancy Pelosi (D-San Francisco) will ultimately make the decision on leadership. A choice is expected before Thanksgiving, one local agricultural insider tells GV Wire℠.

Costa has the third-most seniority among the 24 Democrats on the 47-member committee. Only the departing Peterson and Scott have been in Congress longer.

“The Committee on Agriculture should reflect the changing landscape of agriculture in the United States,” Costa said in an email statement. “As a third-generation farmer, I have the firsthand experience, expertise and passion to connect with rural Americans and lead this committee through the difficult challenges ahead.”

Scott represents a district surrounding the metro Atlanta area. He won his tenth term this week.

“Today our nation faces perhaps the most significant struggles any of us have seen in our lifetime.  Across rural and urban communities and from young to old, the threats posed by global illness, hunger, financial insecurity, climate change, and natural disasters are significant. As our nation’s legislative body, it is the duty of Congress to address, through this Committee, the insecurities plaguing our citizens and provide the means for a more fruitful existence,” Scott said in a news release.

Both Costa and Scott have served on the agricultural committee since they have been in Congress. Currently, Scott chairs the Commodity Exchanges, Energy, and Credit subcommittee. Costa chairs the Livestock and Foreign Agriculture subcommittee.

A Californian hasn’t led the committee since 1867.

Costa has support from neighboring Congressman TJ Cox (D-Fresno), who also serves on the ag committee.

“The Central Valley would be well served if we handed the Agriculture Committee gavel to a Californian,” Cox said.

“The person who replaces Chairman Peterson has big shoes to fill. Congressman Peterson built bridges between both parties and was a leader on policies that benefitted farmers, ranchers and rural America,” AFBF executive vice president Dale Moore said via email. “We look forward to working with whomever is chosen to chair the House Agriculture Committee. We hope he or she reflects the bipartisan spirit and commitment to America’s farmers that made Rep. Peterson a strong voice for agriculture.”