SACRAMENTO — A Mexican immigrant in the country illegally pleaded guilty under a deal with prosecutors in an emotional hearing Thursday to killing a Modesto area police officer in a case that President Donald Trump used to bolster his call for tougher border security. 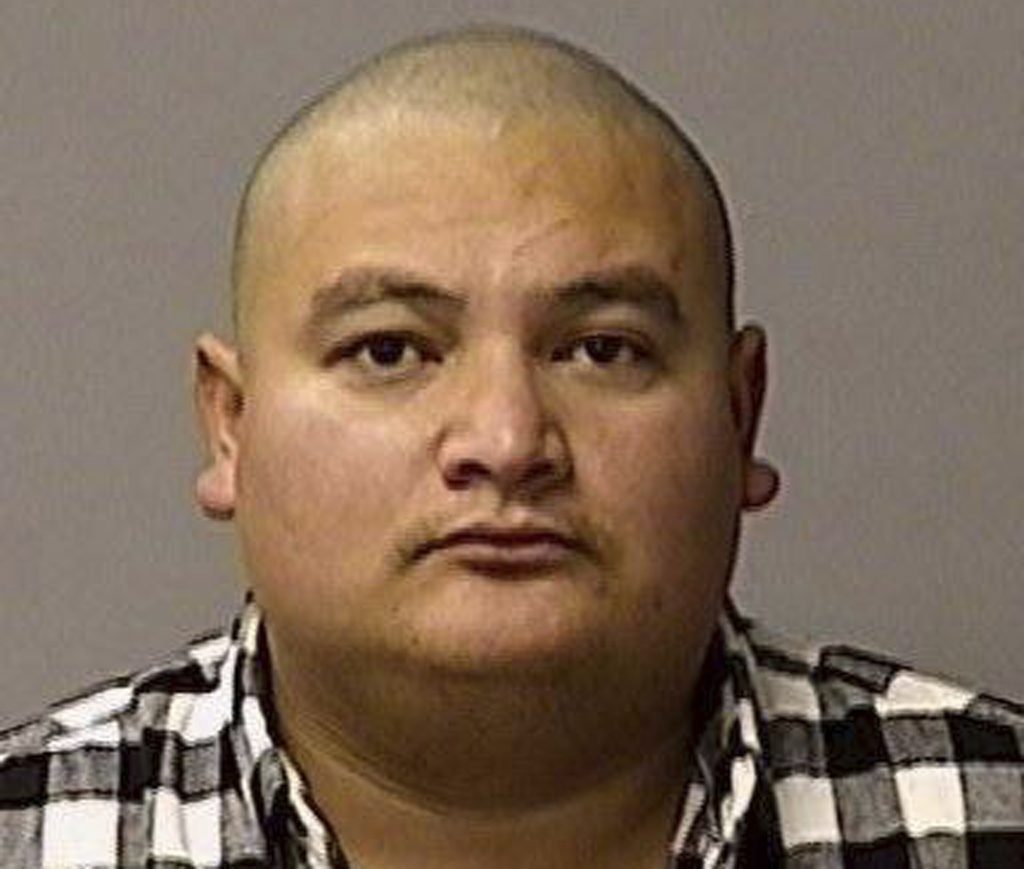 He pleaded guilty to murder and admitted to multiple special circumstances and the use of a gun under a deal with Stanislaus County prosecutors that will spare him the death penalty. The district attorney’s office had said in May it would seek his execution if he was convicted.

Singh Killed the Day After Christmas

Investigators said Mendoza shot Singh after the police corporal stopped him early the day after Christmas on suspicion of driving under the influence.

“He loved his American dream of becoming a police officer,” said his widow, Anamika Singh-Chand, breaking down in sobs on the witness stand. “He wanted his son to also be a police officer.”

She recalled how the family celebrated Christmas together before he kissed his 5-month-old son on the forehead, then “he told me, ‘I love you and I’ll see you in the morning.’ ”

Then came the 2 a.m. knock on the door from a fellow officer and the nightmarish ride to a hospital surrounded by officers from multiple agencies, where she learned he had died.

She told Virgen Mendoza that he “tore away my dreams … tore my love away from me and left me silently screaming.”

She initially carried their child to the witness stand with her to show him to Virgen Mendoza, but handed him off when he began crying. Judge Ricardo Córdova said he gave the child several toys to calm him during a break in the hearing.

Virgen Mendoza deserved the death penalty, she told Córdova, but she accepted his life-without-parole sentence “since this is California and we would most likely not get it.”

California has not executed anyone since 2006 because of legal challenges, and Gov. Gavin Newsom has imposed a moratorium on executions so long as he is governor.

Virgen Mendoza prompted a lengthy discussion about whether he understood the consequences of his life sentence after he began quoting the Book of Revelations in Spanish, predicted the “end of time” will come in 2025 and said God “has revealed to me that he is going to resurrect the officer.”

“God has forgiven me, and I ask forgiveness with my entire heart from the family. It was not my intention,” he said.

“I hope that every morning when you wake up you think about what happened and … why you are in prison” he told Virgen Mendoza. “That is a pain you will have, your family will have. But the pain is a lot greater for the Singh family.”

The case reignited debate over California’s sanctuary law that limits cooperation by local authorities with federal immigration authorities. Trump used the slaying to bolster his argument for tighter immigration security amid a fight with congressional Democrats over funding for a border wall.

Virgen Mendoza was using the alias Gustavo Perez Arriaga when he was arrested two days after the slaying following a manhunt.

He wore a black mask intended to slow the spread of the coronavirus and spoke in Spanish as he sat between his attorney and a translator, wearing a stripped orange and white jail uniform.

“I stopped at a store and I bought more beer. I had been drinking all day and all night,” he recited in Spanish from a prepared statement. When Singh stepped away from his car during the stop, “I shot multiple times out of the window. Corporal Singh was shot and died.”

Three fellow officers, his widow, mother and brother all told of a man who his widow said “always did the right thing.” He kept feeding those who were homeless, she said, yet worried that the police chief would be upset because they had taken to living in a Newman parking lot.

“We are more of a family than a department” with just 11 officers, Newman Police Department Cpl. Edgar Lopez said. ”Christmas time will never be the same for our department and the Singh family.”

“I lost a brother. This world lost a hero,” said Stockton Police Officer Jason Da Silva, speaking to Virgen Mendoza with his voice breaking. “You, you’re just a coward.”