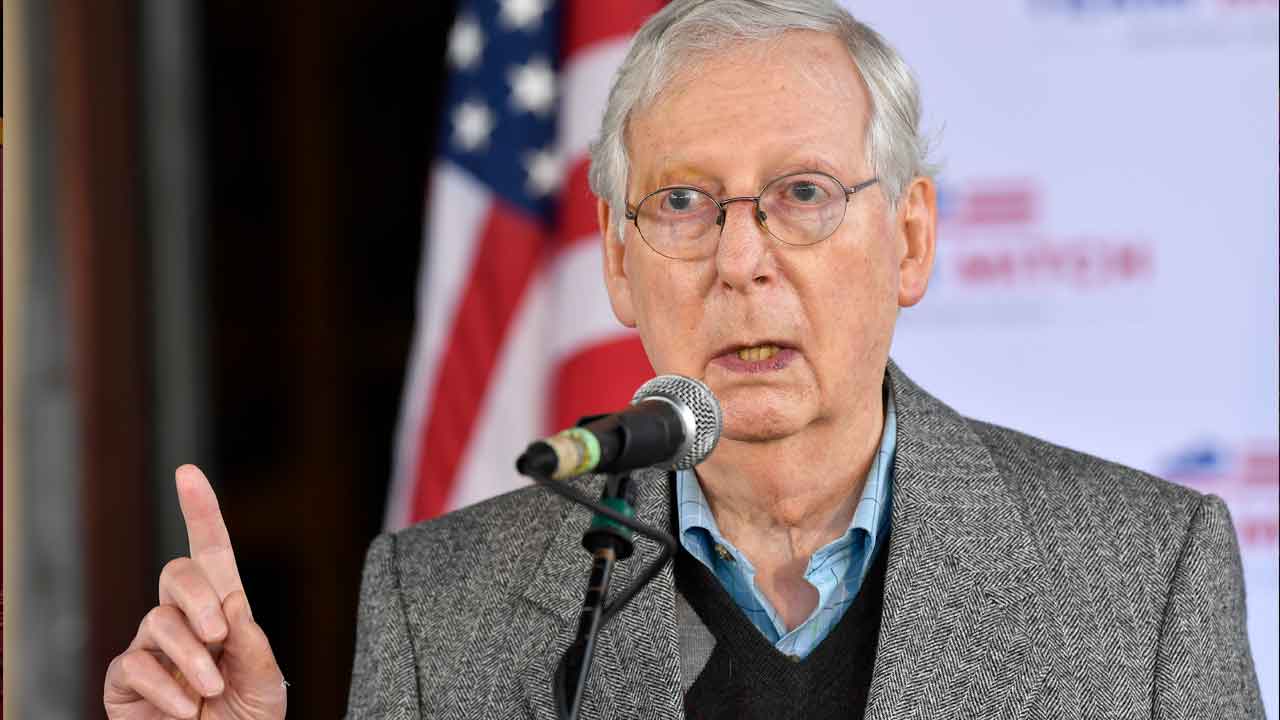 WASHINGTON — The battle for control of the Senate tightened Tuesday after Democrats picked up a seat in Colorado, but suffered a setback in Alabama, and Republicans held their own in high-profile races in South Carolina, Texas and Kansas, narrowing the political map.

Republicans fought to retain their Senate majority against a surge of Democrats challenging President Donald Trump’s allies. Both parties saw paths to victory, but the Democrats’ were narrowing. With several races still too early to call, and one Georgia contest heading to a January runoff, the final verdict might not be known on election night.

Democrats ousted Cory Gardner for John Hickenlooper in Colorado, a must-win seat if Democrats were to wrest the majority. Gardner was among the most endangered incumbents as his state shifted leftward in the Trump era.

“It’s time for a different approach,” Hickenlooper said in an live video message posted on Facebook.

But several battlegrounds broke for Republicans, including an open seat in Kansas. Rep. Roger Marshall prevailed over Democratic state Sen. Barbara Bollier, a former Republican, who energized Democrats in a state that hasn’t elected a Democrat to the Senate since 1932.

From New England to the Deep South and the Midwest to the Mountain West, Republicans defended seats in states once considered long shots for Democrats. The Trump administration’s handling of the COVID-19 crisis, its economic fallout and the nation’s uneasy mood all seemed to be on the ballot.

Trump loomed large over the Senate races as did Democratic presidential nominee Joe Biden. They swooped into key states, including Iowa, Georgia and Michigan, in the final days of the campaigns. Voters ranked the pandemic and the economy as top concerns, according to AP VoteCast, a national survey of the electorate.

Securing the Senate majority will be vital for the winner of the presidency. Senators confirm administration nominees, including the Cabinet, and can propel or stall the White House agenda. With Republicans now controlling the chamber, 53-47, three or four seats will determine party control, depending on who wins the presidency because the vice president can break a tie.

“We don’t know which party will control the Senate,” McConnell said from Louisville. “But some things are certain already. We know grave challenges will remain before us, challenges that could not care less about our political polarization. We know our next president will need to unite the country, even as we all continue to bring different ideas and commitments to the table.”

Republicans flipped the seat in Alabama that Democrat Doug Jones had won in a special election as former Auburn football coach Tommy Tuberville was elected in the Trump stronghold.

In Georgia, two Senate seats were being contested.

One already is headed to a Jan. 5 runoff after no candidate reached the 50% threshold to win. GOP Sen. Kelly Loeffler will face Democrat Raphael Warnock in a special election for the seat Loeffler was tapped to fill for retired Sen. Johnny Isakson.

In the other, GOP Sen. David Perdue, the former business executive Trump calls his favorite senator, tried to stave off Democrat Jon Ossoff, another candidate who has benefited from the “green wave” of campaign donations. It too, is expected to go to a runoff.

The Senate will welcome some newcomers as others retire. In Tennessee, Republican Bill Hagerty won the seat held by Sen. Lamar Alexander, who is retiring. Republican Cynthia Lummis, the former congresswoman from Wyoming, won the Senate seat opened by retiring GOP Sen. Mike Enzi.

Several Democrats were reelected, including No. 2 leader Dick Durbin of Illinois, Mark Warner in Virginia and Ed Markey, who survived a primary challenge in Massachusetts. Chris Coons kept the Delaware seat once held by Biden, defeating a Republican who previously promoted the baseless QAnon conspiracy theory.

Stuck in Washington to confirm Trump’s Supreme Court nominee Amy Coney Barrett a week before Election Day, senators quickly fanned out — some alongside the president — for last-ditch tours, often socially distanced in the pandemic, to shore up votes.

Republican Sen. Thom Tillis joined Trump’s rally in Fayetteville, North Carolina, on Monday. Tillis has struggled against Cunningham, despite the married challenger’s sexting scandal with a public relations strategist. Cunningham traveled around the state Tuesday, talking to voters in Efland, near Durham.

In Arizona, Republican Martha McSally was trying to hold off Democrat Mark Kelly, a former astronaut.

Democrats had more than one route to secure the three or four seats needed to capture the majority, and GOP strategists privately acknowledged that the incumbents will almost certainly suffer defeats in some races. But options were closing for Democrats.

In the presidential battleground of Michigan, Republicans have made an aggressive push for John James, a Black Republican businessman, against Democratic Sen. Gary Peters.

The Maine race between GOP Sen. Susan Collins and Democrat Sara Gideon was another contest that could push past Election Day if no candidate breaks the 50% threshold.

The political landscape is quickly changing from six years ago, when most of these senators last faced voters. It’s a reminder of how sharply the political climate has shifted in the Trump era.

In Montana, Republican Sen. Steve Daines was trying to hold off Democrat Steve Bullock, the governor, in a state where Trump was popular.

And in Alaska, newcomer Al Gross, a doctor, broke state fundraising records in part with viral campaign ads as he took on GOP Sen. Dan Sullivan.

Not in the Cards. Voters Don’t Favor Selma Gambling Proposal, Supporters Now Betting on Plan B