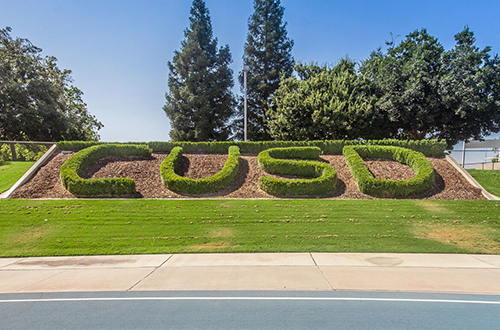 Additional mail-in and some drop box ballots are still to be counted.

Incumbent Chris Casado trailed challenger Yolanda Moore, a physician assistant, in the Trustee Area 7 race. Moore had 53% and Casado had 47%.

In Trustee Area 2, Ginny Hovsepian did not seek re-election. The two candidates were attorney David DeFrank, who had a decisive lead over ramp agent Jacob Trumble by a margin of 79% to 21%.

In Area 4, appointed incumbent Hugh Awtrey was running against financial planner Jonathan Holt and educator Noha Elbaz. Awtrey was in the lead with 39%, Elbaz in second with 35%, and Holt in third with 26%.

Area 5 Trustee Steven Fogg was unopposed and re-elected to his second term on the board.

Incumbent Carol Mills faced three challengers in her bid to retain the Fresno High Trustee Area 5 seat  that she has held since 2004. With 100% of the precincts reporting Tuesday evening, Mills was ahead at 45%, followed by community youth organizer David Paredes with 37%, education consultant Alex Desiga with 13%, and retired job specialist Sharon Clinton with 6%.

Asked if she expected the margin of victory that voters gave her, Mills said, “I expected to win.  I am proud of the campaign I ran, the bipartisan support I have, and I am honored that voters feel I should continue representing them.”

In the Hoover High Trustee Area 6 race, incumbent Claudia Cazares was vying against challengers Esteban Pacheco, a dispatcher, and business owner Bill Gates for her second term on the board. Cazares had a commanding lead of 51%, followed by Pacheco at 25% and Gates at 24%.

In the Roosevelt High Area 2 election, incumbent Elizabeth Jonasson Rosas did not face opposition in her bid for a second term on the School Board.

All but Mehling came out in support of Central’s Measure D, a $120 million bond measure that district officials say is needed to complete the new Justin Garza High School.

Shawn Brooks, an account clerk who Atkins defeated in the 2018 general election, had a decisive lead of 61% to 39% for Bret Rush, chief of staff to Fresno County Supervisor Nathan Magsig. The winner will serve the remaining two years of Atkins’ term.

In the Area 3 race, incumbent Phillip Cervantes faced off against opponent Corbin Gunstream, a chief financial officer. Cervantes was leading Gunstream by a margin of 51% to 49%.

Area 5 trustee Richard Solis was unopposed in his bid for a second term on the school board and was re-elected.

In Trustee Area 2, principal analyst Bryan Burton was leading Blake Zante, an aide to state Sen. Andreas Borgeas, by 51% to 49%.

The pair were vying to replace longtime trustee Mike Robinson, who decided not to seek re-election.

In Trustee Area 3, appointed incumbent Daren Miller was trailing James Martinez, a staffer for state Sen. Melissa Hurtado. Martinez was ahead with 43% of the vote, followed by Miller with 29%. Biologist Craig Seber had 18% and project engineer Arthur Servin had 11%.

Miller was appointed to the seat in 2019.

In Trustee Area 5, incumbent Allan Clyde was unopposed in the election.