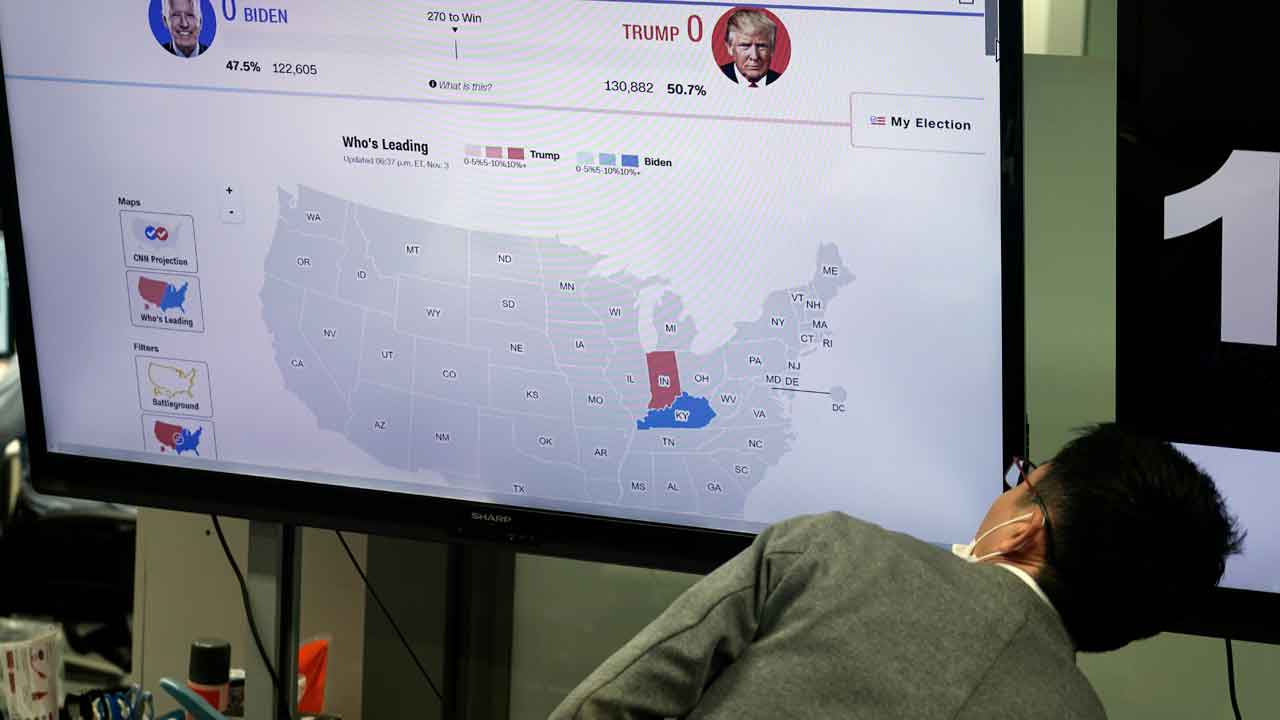 Media outlets preached patience as the first Election Day results in the hard-fought campaign between President Donald Trump and Democrat Joe Biden came in, even as it ran counter to their instincts.

A stressed populace and flood of early voting had many observers worried about a chaotic counting process, leading news organizations to warn against jumping to conclusions.

“Counting could take some time this year, and that’s OK,” ABC’s George Stephanopoulos said at the top of his network’s coverage. “Not knowing the outcome tonight does not mean the process is broken. It does not mean the election is unfair. What’s most important is that every citizen who casts a valid vote gets that vote counted, however long it takes.”

Because different states will report the early vote at different times — and maybe not even Tuesday night — the tallies “could look significantly weird,” said Fox News Channel’s Martha MacCallum.

“We are tonight putting together an enormous jigsaw puzzle but we don’t have the box that has the picture on it,” said John Dickerson, CBS News analyst.

Shortly after 8 p.m. EST, with a large chunk of the Florida vote in and with Trump holding a narrow lead there, MSNBC’s Nicolle Wallace tried to soothe audience jitters.

News organizations promised to be candid in explaining why they were declaring winners for one candidate or another.

For the first time, The Associated Press said it would write stories outlining its reasons for individual calls. An early declaration that Trump would win Kentucky, for example, came because the AP VoteCast survey of voters and early voting statistics “satisfied expectations that the state’s longstanding political trends in favor of Republican presidential candidates will hold,” the AP wrote.

Yet with data — any kind of data — coming in, journalists and commentators who had obsessed over the campaign for more than a year sometimes couldn’t help themselves.

After CNN reported some of its early exit poll findings before any state had ended voting, former Republican Sen. Rick Santorum, one of the network’s commentators, said, “I’m looking at this, and I don’t see a Democratic landslide in these exit polls.”

CNN’s John King repeatedly preached patience yet got granular when the first actual results came in, focusing on a rural Kentucky county where only 8% of the votes had been reported.

Nate Silver, data guru and founder of the FiveThirtyEight blog, tweeted out a caution: “Those warnings we gave you about not paying too much attention to results until you’re sure a county is fully reported … you’re already ignoring them!”