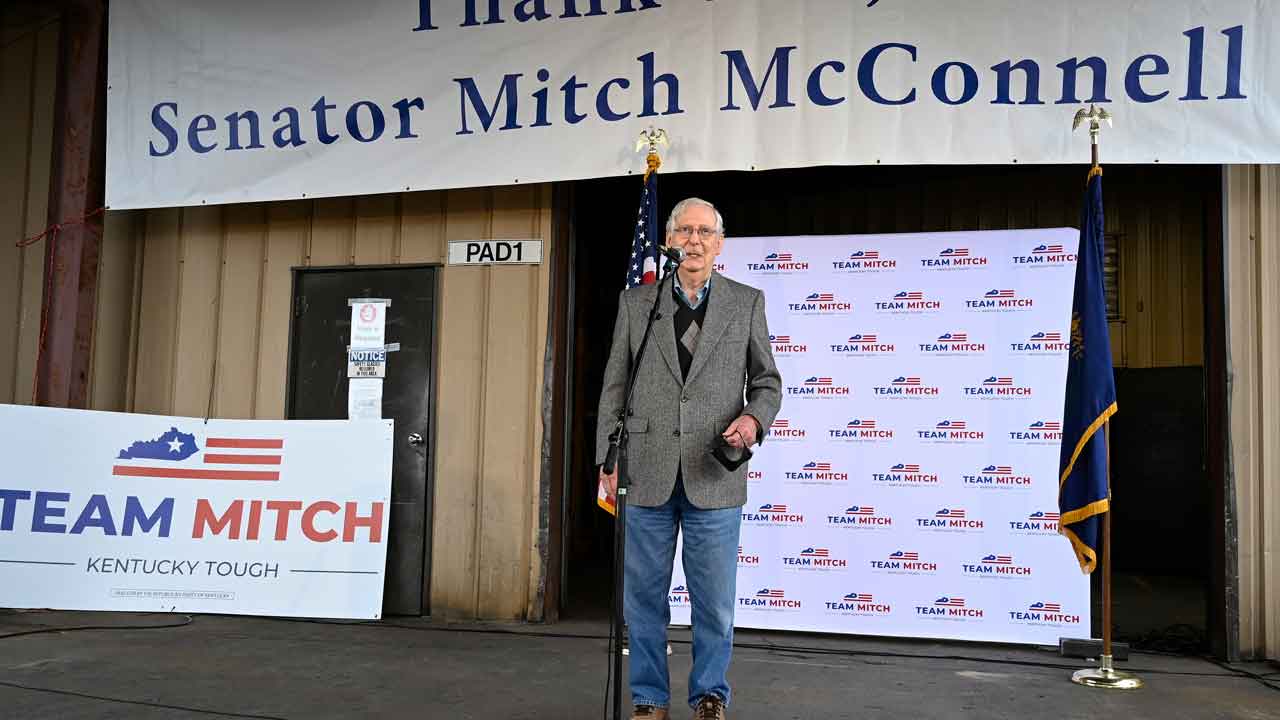 WASHINGTON — The Latest on Senate races in the 2020 election:

The 78-year-old McConnell defeated Democrat Amy McGrath, a retired Marine combat pilot who challenged him as a political outsider. McConnell is the longest-serving Republican leader in Senate history.

As President Donald Trump’s top ally on Capitol Hill, McConnell led efforts to defend the president during his impeachment acquittal in the Senate. He also worked with Trump on a tax overhaul and orchestrated Senate confirmation of more than 200 judicial appointments, including Amy Coney Barrett to the Supreme Court.

McGrath also lost a race for a House seat in 2018.

The Democratic incumbents who won are Chris Coons of Delaware, Dick Durbin of Illinois, Ed Markey of Massachusetts, Jeanne Shaheen of New Hampshire, Cory Booker of New Jersey and Jack Reed of Rhode Island. On the GOP side, James Inhofe of Oklahoma has also won reelection.

In Tennessee, businessman Hagerty defeated Democrat Marquita Bradshaw in a race to fill the seat of retiring Republican Lamar Alexander.

Shelley Moore Capito has become the first West Virginia Republican to be reelected to the Senate in more than a century.

Capito campaigned on her Senate record of securing federal money for opioid-related treatment in a state that by far leads the nation in the rate of drug overdose deaths. She also cited efforts to improve the economy, expand internet broadband access, build better roads and help residents and small businesses during the coronavirus pandemic.

Republicans made major gains when Capito won the 2014 Senate race, capturing all the state’s House seats for the first time since 1921.

Warner defeated Republican challenger Daniel Gade in a low-key race in which the incumbent had a massive cash advantage. Democrats haven’t lost a statewide election in Virginia since 2009.

Warner is a businessman who co-founded the company that became Nextel, and he was governor from 2002 to 2006. He’s the top Democrat on the Senate Intelligence Committee.

Gade is a professor at American University in Washington. While in the Army, he was seriously injured in Iraq in 2005, losing a leg after his Humvee was hit by a roadside bomb.

Securing a Senate majority will be crucial for whichever candidate wins the White House.

Senators confirm administration nominees, including the Cabinet, and can propel or stall the White House agenda.

With Republicans now controlling the chamber, 53-47, three or four seats will determine party control, depending on who wins the presidency because the vice president can break a tie.

Republicans are fighting to hold on to their slim majority against Democratic candidates who are challenging President Donald Trump’s allies across a vast political map.

Both parties see paths to victory, but the outcome might not be known on election night.

From New England to the Deep South and from the Midwest to the Mountain West, Republican incumbents are defending seats in states once considered long shots for Democrats.