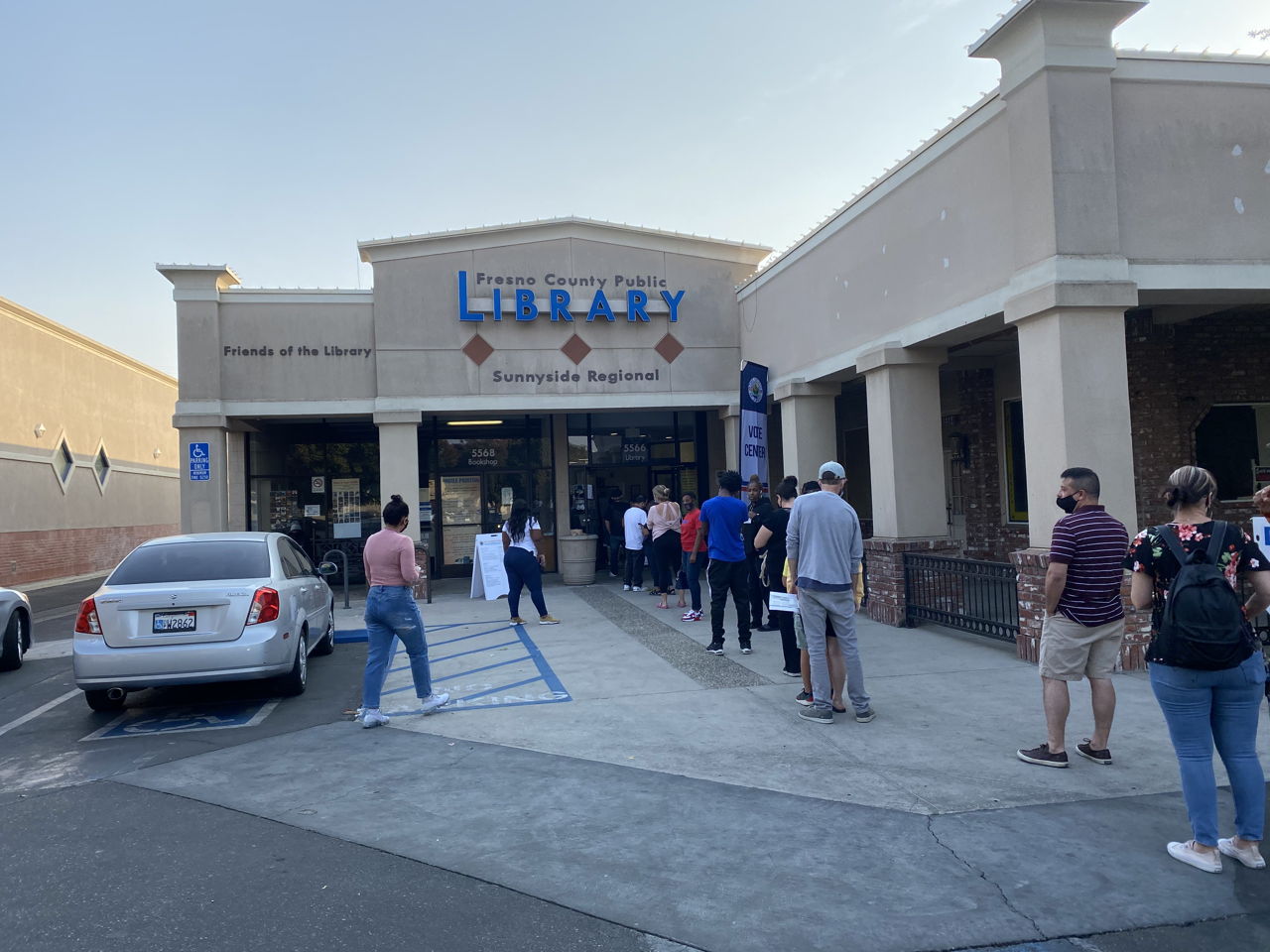 Before polls opened in Fresno County today, more than 236,000 returned ballots. That is about 46% of the nearly 500,000 registered voters in the county.

From now until 8 p.m., the remaining voters can vote in person at 53 voting centers or drop completed ballots there or 64 drop boxes.

During what poll workers called the busies period during Election Day, there were no lines at the Mosqueda Center in southeast Fresno around 2:30 p.m.

A few miles away at the Sunnyside Library, a line extended beyond the entrance about 10 deep. Voters, though, said they weren’t waiting long. Inside, most of the voting booths were full. Some took to filling out their ballots on top of book stacks.

Sergio Quintero of Fresno had his two sons vote with him. His goal was to show them how democracy worked.

Quintero said the presidential vote was the most important.

“I had my mind set on who I wanted to vote for,” he said.

Vanessa Cansino took pictures with her two young children, proud of dropping off her ballot.

“I’m telling them to use their voice. That way they can be heard,” Cansino said. Vanessa Cansino shows her “I Voted” sticker with her children. (GV Wire/David Taub)

Sometimes a Guard is Just a Guard

A poll worker at the Mosqueda Center said the only bit of drama during the day turned out to be a misunderstanding.

A voter was concerned that a uniformed security guard was posted outside the entrance. It turned out he was a security guard, but on his way to work, and waiting for his wife to finish voting.