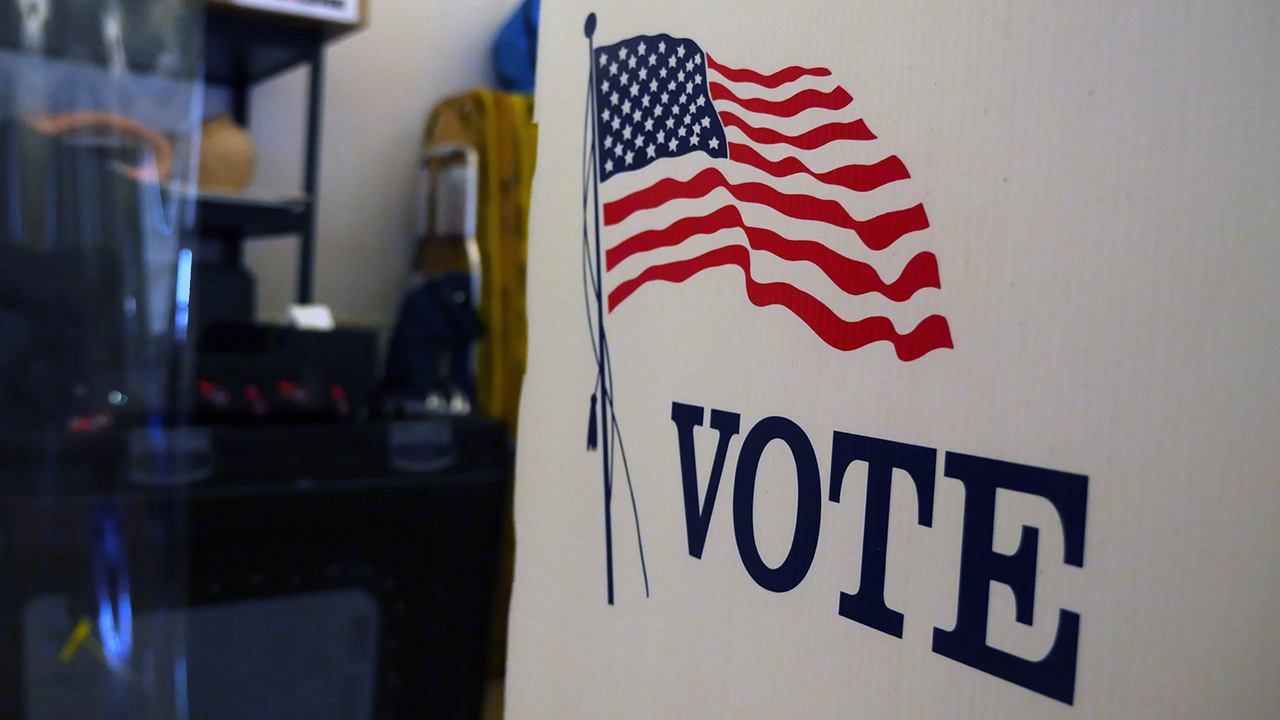 Voters in California made their pick for president while holding negative views about the country’s direction, according to an expansive AP survey of the American electorate.

The race between President Donald Trump and Democratic rival Joe Biden concluded Tuesday as the nation remains in the throes of a global public health crisis and mired in the economic downturn it brought on. AP VoteCast found that almost three-fourths of California voters said the U.S. is headed in the wrong direction and about a quarter of voters said it is on the right track.

Daniel Johnson, 52, decided to spend part of his afternoon walking around San Francisco’s voting center near City Hall dressed in an Uncle Sam costume and holding a sparkly sign urging people to vote.

“Maybe I can get one person to consider voting, or just make sure that people are aware that it is Election Day if they are sleeping through it,” said Johnson, who voted for Biden.

California is one of the nation’s most Democratic states — the party holds every statewide office, dominates the Legislature and congressional delegation, and outnumbers registered Republicans by nearly 2-to-1. In 2016, Hillary Clinton won the Golden State by 30 points.

California’s nearly 40 million voters have awarded their 55 electoral votes to the Democratic candidate in every presidential election since 1992.

Trump has clashed with California officials on climate change and the state’s management of its wildfires.

Here’s a snapshot of who voted and what matters to them, based on preliminary results from AP VoteCast, a nationwide survey of about 132,000 voters and nonvoters — including 3,421 voters and 777 nonvoters in California — conducted for The Associated Press by NORC at the University of Chicago.

The coronavirus pandemic has spread through the U.S. for roughly eight months, killing more than 230,000 Americans. Overall, 15% of voters said the virus in the U.S. is completely or mostly under control, and about a quarter said it’s somewhat under control. Nearly three-fifths of voters think the coronavirus is not at all under control in this country.

California was among the first states hit by the pandemic back in March. Democratic Governor Gavin Newsom’s response diverged dramatically from Trump’s hands-off attitude. The governor imposed tough restrictions early on to rein in the coronavirus.

The coronavirus pandemic was top of mind for many voters in California. More than two-fifths said it is the most important issue facing the country today.

Voters also considered the economy a major issue, with almost a quarter saying it ranked at the top.

Angel Chavez, 45, a San Diego tattoo artist, said the economy was the sole issue driving his vote to re-elect Trump.

“I really believe under Trump the economy is going to go back up,” said Chavez, his arms covered in tattoos. “It’s that simple.”

Less than 1 in 10 named racism, and the same number named health care, while 6% named climate change.

Voters were more negative than positive in their assessments of the nation’s economy. Overall, about 3 in 10 described economic conditions in the U.S. as excellent or good, and nearly 70% called them not so good or poor.

Jason Schanta, a 48-year-old business owner from Fountain Valley, California, voted at the polls in red-and-blue sneakers and a red-and-blue plaid shirt.

Until the pandemic, Schanta said things were going well for his business, and that motivated him to vote for Trump even though he doesn’t care for the president’s demeanor. He said he fears Biden may flip-flop on issues and doesn’t trust he can get the economy back up and running.

AP VoteCast is a survey of the American electorate conducted by NORC at the University of Chicago for Fox News, NPR, PBS NewsHour, Univision News, USA Today Network, The Wall Street Journal and The Associated Press. The survey of 3,421 voters in California was conducted for eight days, concluding as polls closed. Interviews were conducted in English and Spanish. The survey combines a random sample of registered voters drawn from the state voter file and self-identified registered voters selected from nonprobability online panels. The margin of sampling error for voters is estimated to be plus or minus 2.1 percentage points. Find more details about AP VoteCast’s methodology at https://ap.org/votecast.