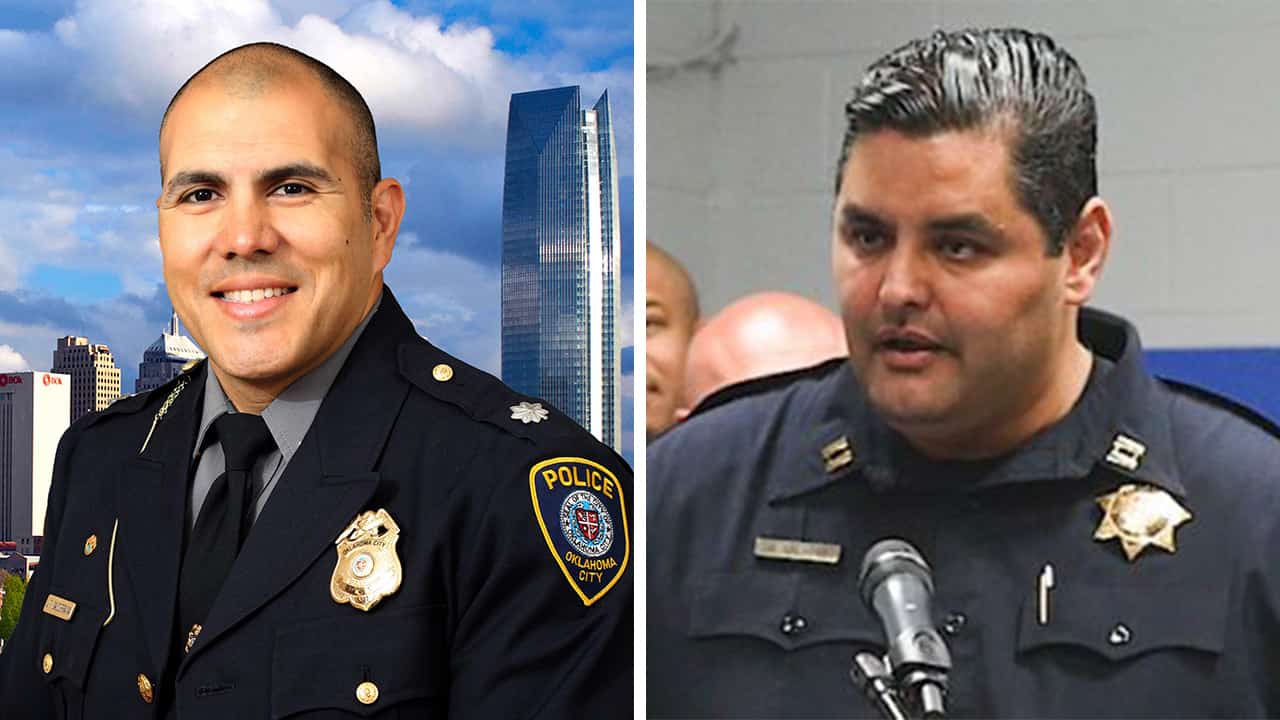 At a news conference about crime suppression on Monday afternoon, current chief Andy Hall said it is down an internal and external candidate.

There were at least five others interviewed for the position. Salazar was the only local candidate.

Hall faces mandatory retirement on April 1, 2021. He succeeded the retiring Jerry Dyer last August. Dyer won election for mayor last March and will be sworn in this coming January.

Helping With the Transition

Hall is willing to help the new chief transition to the top job.

“I committed to the mayor that I would stay as long as needed to transition to the new chief. I’ve been working with all of my deputy chiefs very closely since day one when I became the chief to get them prepared and take over this organization. I believe they are well on their way there,” Hall said.

“However, if we bring in a new chief from outside, we do have to teach that chief a new language. They have to meet all the community members. It’s going to require a significant more input from me to get a chief prepared. I’m ready and willing to stay as long as that takes,” Hall said.

Hall did not know when a final announcement could be made. The final pick will come from Mayor Lee Brand, city manager Wilma Quan, and Mayor-elect Jerry Dyer.

The Clovis City Council is considering moving to district-based elections, even though it says it doesn’t have to.

The first move is tonight, declaring its intent to review 2020 census and March 2021 election data.

There are five council members, chosen by the entire Clovis electorate. March 2 is the next election for the seats held by Lynne Ashbeck and Vong Mouanoutoua. This will also be the last odd-year election.

Council elections will take place in November of even years starting in 2022.

Several jurisdictions, including cities and school boards, have had to move from at-large to district-based elections to fulfill state and federal voting mandates.

Clovis says the current at-large system satisfies voting laws because “there is no evidence of racially polarized voting in the City’s elections dating back to 2010, and further, the data shows that the current demographic makeup of the City Council reasonably reflects the demographics of the City.”

If the council does move to district elections, it would start an entire new process to determine what those boundaries would be, including a series of public meetings. Because of the pandemic, Gov. Gavin Newsom essentially suspended such procedures needed for the time being. Census data is expected to be released in July 2021.

Californians Can Vote for ‘The Body’

While President Donald Trump and Joe Biden are the major party candidates for president, Jesse “The Body” Ventura is also a qualified candidate on the California ballot.

Ventura is one of five candidates to qualify in California as a write-in. He is not running with any party.

The former Minnesota governor and pro wrestling Hall of Famer is not the only non-major party candidate with name recognition. On the printed ballot, recording artist Kanye West is the vice presidential candidate on the AI ticket with Rocky De La Fuente at the top.

Shootings Down 60%, Police Say. Task Force Will Continue Through Holidays.

Widely Shared Photo of Biden Without Mask Was Taken in 2019