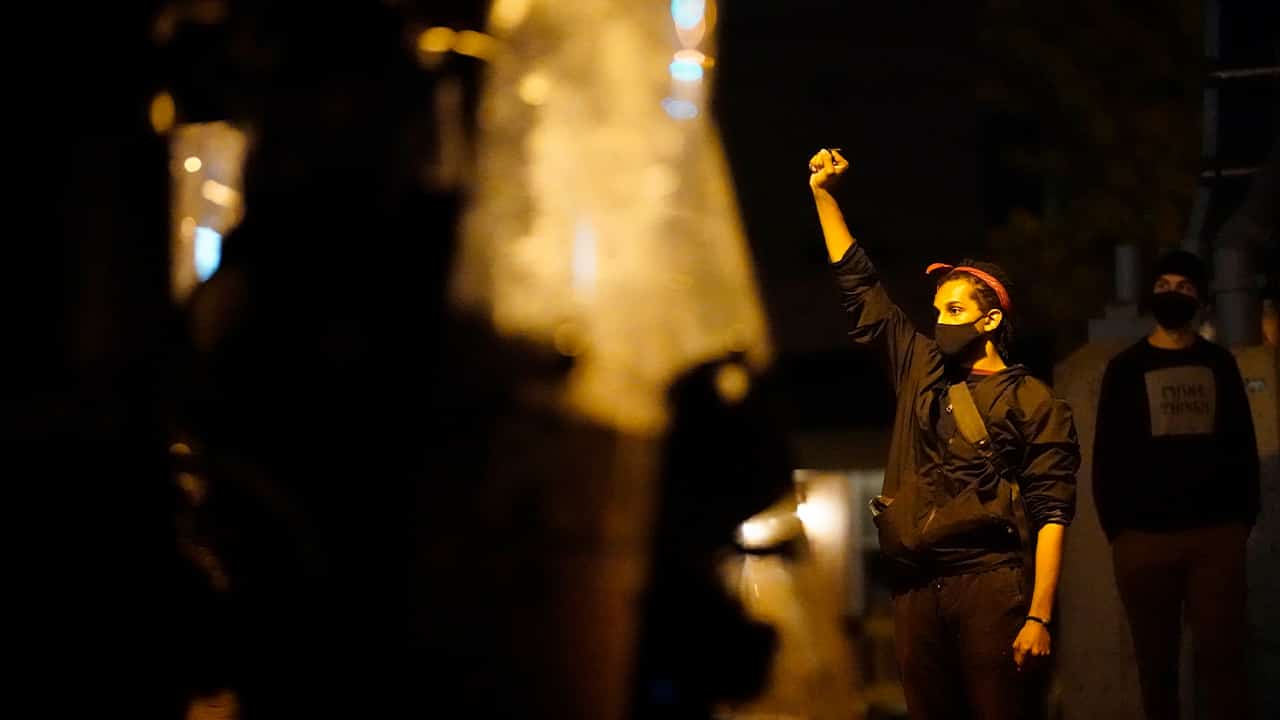 PHILADELPHIA — Philadelphia police pledged to release 911 tapes and police body camera footage “in the near future” in the shooting death of a Black man with a history of mental health problems, a death that prompted protests, widespread vandalism and an overnight curfew days before Election Day.

Police Commissioner Danielle Outlaw pledged to release the video evidence once the department shares it with the family of Walter Wallace Jr. Outlaw, who came to Philadelphia less than a year ago from Portland, Oregon, lamented at a news conference Wednesday that her department lacks a mental health unit or consistent way to coordinate police calls with specialists.

“We don’t have a behavioral health unit, which is sorely needed,” said Outlaw, when asked about reports that police had been called to the home twice before that day. “There’s clearly a disconnect on our end in terms of knowing what’s out there “ at the scene.

Police say they fatally shot Wallace on Monday after he ignored orders to drop a knife, a death that intensified already heightened tensions in the presidential battleground state. Wallace’s mother said she warned police Monday afternoon that her son was in the throes of a mental health crisis.

In the days since, more than 90 people have been arrested and about 50 police officers injured in clashes with protesters and vandals, including the 1,000 or so who suddenly swarmed a shopping center Tuesday night, breaking windows and stealing merchandise. That scene erupted on the other side of the city, miles from Wallace’ neighborhood, where protests were underway.

“We had zero information to warn us of this,” Deputy Commissioner Melvin Singleton said. “By that time … the damage was done.”

More Than 9 Million Pennsylvanians Have Registered to Vote

The clashes come as Pennsylvania emerges as a key focus of the contentious 2020 election, with President Donald Trump and former Vice President Joe Biden, a native son, locked in a battle for the state’s 20 electoral votes. Both candidates have made frequent campaign stops in the state.

More than 9 million Pennsylvanians have registered to vote, and many in Philadelphia waited in line for hours this week to request a mail-in ballot by Tuesday’s deadline, as news of the police shooting spread.

City officials announced Wednesday they would enact a curfew in the city from 9 p.m. until 6 a.m., as business owners cleaned up damage from the melee and boarded up windows.

Mayor Jim Kenney told reporters the Pennsylvania National Guard would also be deployed to help protect property and assist the police. The first troops were expected Friday and Saturday.

The unrest started Monday evening, shortly after Wallace, 27, was killed, and set off protests elsewhere, including in Washington, D.C., the Brooklyn borough of New York City and Portland, where demonstrators held their hands in the shape of a “W” in his honor.

His family’s lawyer said the family had called for an ambulance to get him help with a mental health crisis.

The Officers Involved in the Shooting Were Taken off Street Duty

Wallace’s wife, Dominique, is pregnant and was scheduled to be induced Wednesday, according to the family’s attorney, Shaka Johnson. Johnson said Wallace had nine children, two of whom briefly spoke at a news conference late Tuesday, along with Wallace’s mother and father.

“When you come to a scene where somebody is in a mental crisis, and the only tool you have to deal with it is a gun … where are the proper tools for the job?” Johnson said, arguing that Philadelphia police officers are not properly trained to handle mental health crises.

Police officials said they could not confirm what information had been given to the responding officers, whether they were told about a possible mental illness or how many calls they had received for help at Wallace’s address Monday.

Outlaw said earlier the officers involved in the shooting were taken off street duty as they investigate. She said the officers’ names and other identifying information, including their race, would be withheld until the department could be sure releasing the information would not pose a threat to their safety.

Neither had a Taser or similar device at the time of the shooting, Outlaw said, noting the department had previously asked for funding to equip more officers with those devices.

The two officers each fired at least seven rounds — at least 14 total shots — but police could not say how many times Wallace was struck.

Wallace’s father, Walter Wallace Sr. said Tuesday night that he is haunted by the way his son was “butchered.”

Wallace Was Hit in the Shoulder and Chest

In video filmed by a bystander and posted on social media, officers could be seen yelling for Wallace to drop a knife. In the video, Wallace’s mother and at least one man followed Wallace, trying to get him to listen to officers, as he briskly walked across the street and between cars.

Wallace advanced toward the officers, who then fired several times, said police spokesperson Officer Tanya Little. Wallace’s mother could be seen screaming and throwing something at an officer after her son was shot and fell to the ground.

The video does not make it clear whether he was in fact holding a knife, but witnesses said he was. Police would not confirm any details about the weapon Wallace was alleged to be holding, saying it is still part of the open investigation.

Wallace was hit in the shoulder and chest, Little said. One officer drove him to a hospital, where he was pronounced dead a short time later, she said.

Lawyer Robert Trimble represented Wallace in a 2016 robbery case that led him to spend about a year in jail. His sentence, according to court records, included mental health supervision and six years of probation. He had new charge pending at the time of his death.

“I ran into him about a year ago by City Hall. He stopped me on the street and thanked me for helping him,” Trimble said. “I remember him being a decent guy.”

Both Outlaw and the mayor pledged to address the lack of coordinated mental health services.

“We have limited resources and we have a large number of people with problems,” Kenney said. “We need to do a better job.”