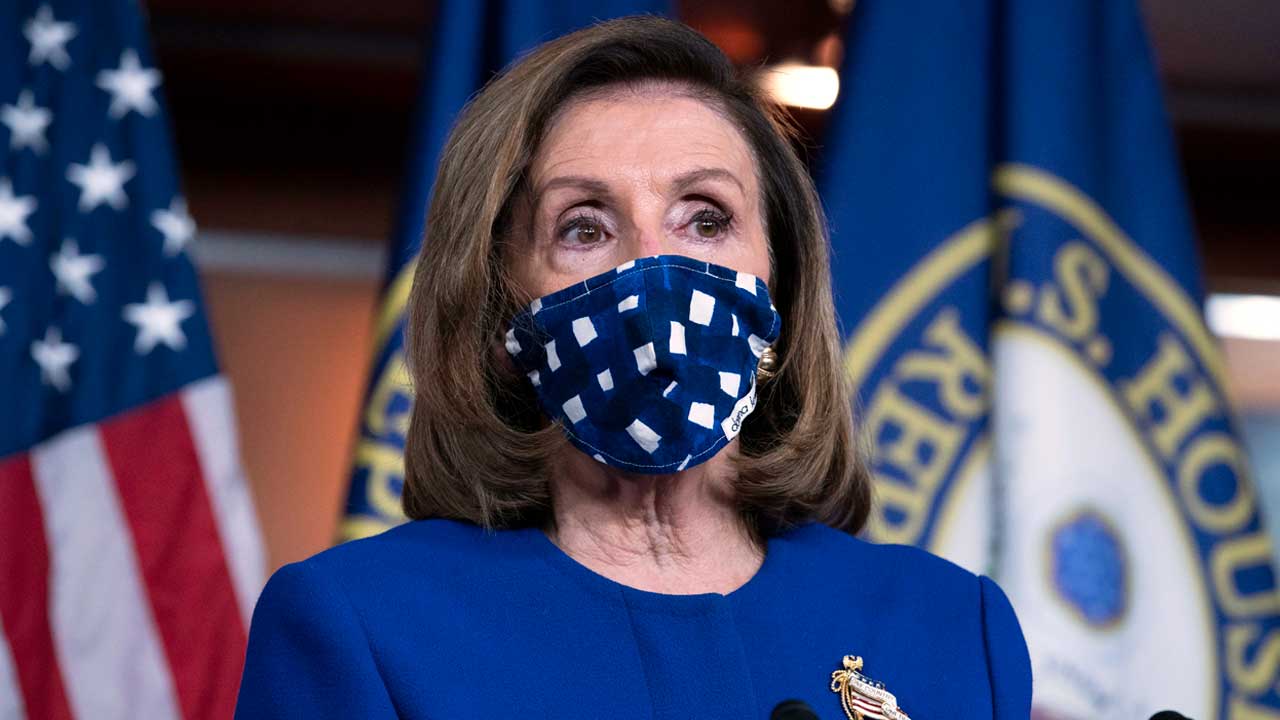 WASHINGTON — Speaker Nancy Pelosi once predicted she’d have the 2020 House Democratic majority secured by November — of 2019.

Now, days before the Nov. 3 election, she seems to have done it, and she’s expanding her reach.

With control of the House hardly contested, Pelosi is working to fortify Democratic presidential nominee Joe Biden and win extra House seats in case Congress is called on to resolve any Electoral College dispute with President Donald Trump.

Pelosi said she feels so confident Democrats will keep the House this election, she’s already preparing to win the next one in 2022.

“This year, I’m trying to win it two years in advance — by being so substantial in this election that as soon as we start into the next year, people will see our strength,” Pelosi told The Associated Press in an interview.

“We intend to hold the House and grow our numbers,” she said about the election Nov. 3, and “contribute to winning the Senate and the presidency.”

It’s a stunning turnaround for the speaker, who just two years ago was being challenged for her job leading House Democrats. Pelosi rose as the face of party, the House impeached the president and emboldened Democrats are on the march to pick up House seats deep into Trump country.

Democrats are working to reelect some 40 House freshmen elected in the 2018 midterm to win the majority, most of them from districts Trump won in 2016. They’re digging deeper for additional seats in historically out-of-reach Republican strongholds including Nebraska, Indiana and even Alaska and Montana, where winners could tip the balance in an Electoral College dispute.

To wrest control, Republicans need to gain some 20 seats, but even the House GOP leadership has downplayed their chances. Strategists say Trump is a drag at the top of the GOP ticket. Even though Republicans recruited more female and minority candidates to compete with Democrats in suburban swing districts, the battle for the House is something of an afterthought in the marquee contests for control of the White House and the Senate.

“A rising tide lifts all boats, and right now it seems a Democratic tide is rising,” said Michael Steel, a Republican strategist and former top aide to House GOP leadership.

Steel said it has less to to with Pelosi’s planning than the national political environment. “I attribute the presumed success of her efforts to keep the majority more to Trump’s failures than to her stated leadership,” he said.

Those close to Pelosi’s political operation did not always join her prediction that Democrats would handily keep control.

Trump wasn’t on the ballot when they picked up the majority two years ago, and freshmen are often the most vulnerable to defeat as they seek reelection, especially this class of lawmakers now having to run alongside the president in districts often off-limits to Democrats.

Pelosi pushed ahead with the risky House vote to impeach the president in late 2019 over his dealings with Ukraine only to see the Senate, controlled by Republicans, vote to acquit him of the charges in a highly charged political environment early this year.

When the coronavirus pandemic hit, the Capitol abruptly shuttered. Pelosi engineered a rules change to allow the House to vote by proxy and work online, but it left lawmakers largely away from Washington. Now Pelosi is holding out for a robust COVID-19 aid package with the Trump administration, another risky move, seeking a $2 trillion-plus deal Republicans don’t want to give.

Rep. Cheri Bustos, D-Ill, who is the chairwoman of the party’s campaign arm in the House, said she counseled the new lawmakers not to get swept up in the national political debate but “run your race like you’re running for mayor” — meeting with constituents and responding to issues close to home.

“When we set out to do this work in 2019 we had no idea what this cycle would hold,” said Lucina Guinn, the Democratic Congressional Campaign Committee’s executive director.

The goal, she said, was to make the incumbents “as strong as possible” while also recruiting new candidates “to set up a big battlefield.”

Money helps. Pelosi is on track to be a $1 billion fundraiser for her party — an eye-popping sum during nearly two decades in leadership.

This election cycle she raised $227.9 million for Democrats — most of it for the House campaign arm — but she also shoveled $4 million for Biden from an August event and sent nearly $5 million to the state parties.

“We are ready,” Pelosi said.

She said she believes Democrats would sweep if the election were today, but it’s still a week out. “It doesn’t keep me up from the standpoint of worrying about it,” she said, “but it does get me up early to do something about it.”

It’s another surprising turn that the Affordable Care Act, which helped cost Pelosi her House majority in the 2010 election after Democrats passed “Obamacare,” is now a political calling card being used to win over Trump voters during the COVID-19 crisis.

Voters have come to rely on the health care law’s guarantees that those with preexisting health conditions can access insurance and parents can keep their adult children on family policies. A decade after President Barack Obama signed the ACA into law, Republicans are still trying to undo it, including in a court case heading to the Supreme Court a week after the election.

“Progressive ideas are actually popular, not just with progressives but also with moderate voters, with independent voters and maybe even with some Republican voters,” said Rep. Pramila Jayapal, D-Wash., a co-chair of the progressive caucus.

As Pelosi, of California, becomes an even more public presence for the party, Republicans run countless campaign ads against her. But she also has a following from those celebrating her high-profile standoffs with Trump. Since the spring COVID-19 crisis, she has appeared 20 times on the Sunday morning news shows and done more than 150 national television and radio interviews, her office said.

“I would not miss any opportunity, on behalf of my colleagues, to make sure that there’s clarity on where we’re coming from on some of these issues,” she said.

She plans to run again for speaker, if Democrats keep control of the House: “Definitely.”

But that’s for later. Pelosi notes experts have suggested Democrats will pick up between five and 15 House seats.

“Our goal originally was to hold the House,” she said. “Everything we get after that will just be a further enhancement.”