Fresno police say they’re seeing more shootings in every policing district this year than at the same time last year. Resources are stretched thin, different strategies are being utilized, and some progress is being made, according to deputy chief Mark Salazar.

However, what’s not working according to some community members? Silence from City Hall.

A coalition of local organizations say they’re not hearing enough, or anything, from elected officials. That’s why they’re holding a rally with police chief Andy Hall and Mayor-elect Jerry Dyer this Friday at 11 a.m. in front of city hall.

One co-sponsor of the rally says if the city could fund a block party in each district, each month of the year, at $10,000 an event, the violence could be squelched before it even begins. 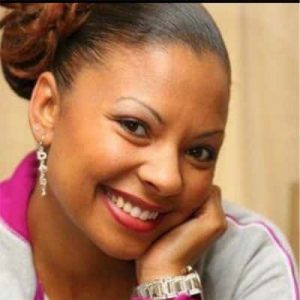 “We’re not hearing anything from our city officials. We’re the ones that are going out and being first responders to these families that are losing loved ones senselessly to violence.”–Kina McFadden, Take A Stand Committee board member

Cheryl Sumler lost her 18 year old granddaughter to gun violence on May 29th, 2017 just 10 days before she was set to graduate high school. She says Friday’s rally is a call to action.

“My heart is still bleeding and every every shooting, every death. My heart even bleeds more,” says Sumler to GV Wire℠ by Zoom. Sumler is a board member for the nonprofit Take A Stand Committee, focused on making the community safe for everyone’s children.

“We’re really crying out for our city officials and city leaders to take a stand and to show face, address the public on these issues and come up with solutions,” says McFadden. “We’re not hearing anything from our city officials. We’re the ones that are going out and being first responders to these families that are losing loved ones senselessly to violence.”

McFadden is upset at what she says is a lack of communication and information coming from both Mayor Lee Brand and police chief Andy Hall. “Why haven’t they let us know what’s going on? And let us know what they’re working on. Let us know a plan. Give us some type of hope. Don’t just go silent,” says McFadden.

McFadden said she and other organizations working to make things better for their communities need a better conduit into City Hall.

‘We Need to Meet Each Other Halfway’

“A lot of the things that we’re doing as a non-profit organization, when we seek said the city’s support, we get permit applications, we get delays, we get a lot of fees instead of support,” says McFadden. “We need to meet each other halfway. We’re coming to you with a great idea to help our economy, to help our neighborhoods, to help our city.”

They’re also seeking funding. “We need money for programs for our youth,” said Janice Sumler, also a Take A Stand Committee member. She runs a Girl Scouts program at Maxie Parks Community Center that she cites as an example of what’s needed for youth. “It just teaches them how to be respectful young adults.” The program continues to run via Zoom during COVID-19, she said.

Sumler says there is also need for programs like that for young men. “Money is needed to put these programs together because volunteering is great. But, when you’re talking about someone’s time, they need to be compensated for coming out and working with the youth.”

She also points to her organization’s Teen Summit program that takes place at Fresno City College. The 2019 event was called “Choices and Consequences” and was designed to address the importance of teens making positive life choices. Sumler said the program is structured to assist young teens in dealing with issues most relevant to them including drugs and gangs, healthy lifestyles, nutrition, economics, education, and career planning.

The women say they have a good relationship with Dyer, who has participated in their events in recent years. “He is totally aware of our needs,” Janice Sumler said.

Save Our Children Founder

“$10,000 a month to fund the projects. That would definitely help out the community.” – Jose Ortega

“The community has to educate themselves,” said Jose Ortega to GV Wire℠ by phone. Ortega created a local effort called Save Our Children that is co-sponsoring Friday’s rally.

Ortega believes there’s distrust between residents and city officials because of a lack of information and lack of communication. He says it’s not just citizens that are fearful of violence in the community, but police officers as well.

“I hear from the police department. Certain officers that they’re afraid. They’re afraid for their lives,” says Ortega. “They’re saying that they’re stretched so far, there’s so many calls going. What does that mean?”

Ortega has lived in Fresno for 32 years and says he’s shocked by the number of killings in recent weeks.

“We are we are losing kids. We are losing women faster than I’ve ever seen in my life,” says Ortega.

Ortega is frustrated with the city of Fresno for not putting money into programs that will help. He believes one block party a month throughout the city every year would put a stop to much of the violence.

“$10,000 a month to fund the projects. That would definitely help out the community,” Ortega said. That amount, he said, would cover the cost of holding the event, food for the kids, educational pamphlets for families, and a little bag of goodies to send them home with.

Ortega says his ask on Friday is very simple. “We want to see a blueprint is what we want to see.” Ortega says it’s time for the police department to let the community know what’s being done to solve recent homicides and to provide information to the community so the public can help play a role in that effort. 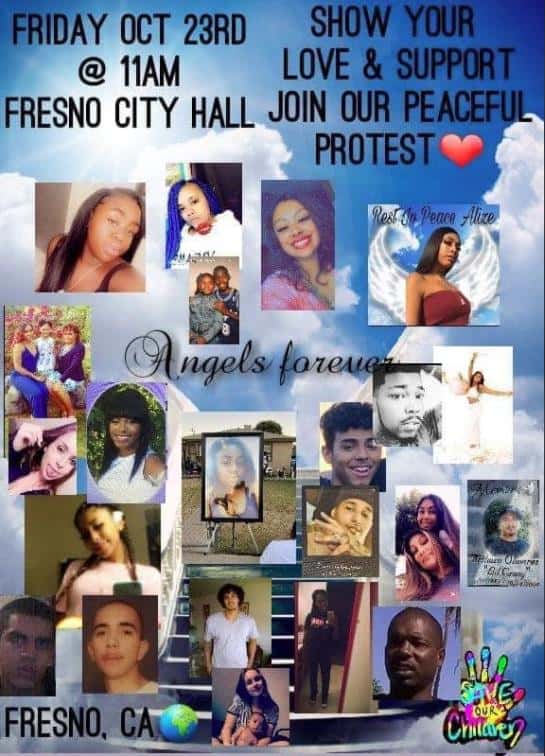 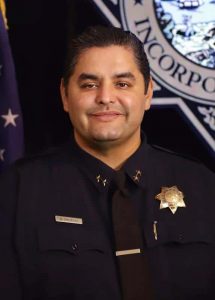 “It also is definitely important that we stay in touch with our community, that we’re in community, and that we listen.”– deputy chief Mark Salazar

Deputy chief Mark Salazar says so far, the effort has resulted in some improvement.

“Before this operation happened, we had 27 shootings in the city. Way too many shootings,” says Salazar. “This past week, a full week into the operation, we had 17. So we did have a reduction, but still not a number that I’m comfortable with.”

He said the operation has resulted in the confiscation of over 70 guns and the arrest of 108 gang members. Salazar said the police department is shifting some patrol resources to expand coverage during weekends and nights, and strategically positioning officers based on crime trends in an effort to stay ahead of the violence.

He said the southwest area has seen a reduction from an average of 7 shootings a week to none in the past week. Some police units are now being shifted to southeast Fresno where crimes are trending upward. Salazar he said. “Our intel is going to drive us where we go.”

Despite some progress, Salazar acknowledges that the department will not be able to solve the violence with enforcement alone. He wants to focus on prevention as well.

He said he was glad to see the reopening of the Zimmerman Boys & Girls Club earlier this week.

“Having that component is going to be big, too. So these kids can have somewhere to go to,” Salazar said. “And so as we see community centers open up and other venues, like Boys Girls clubs can give us more prevention efforts versus just having this many shootings,” said Salazar.

Salazar and Hall are both expected to attend Friday’s rally.

“It also is definitely important that we stay in touch with our community, that we’re in community, and that we listen,” Salazar said. “Me and Pastor B.T. Lewis have a long history together. When you have relationships together, you get things done and that’s what we’re seeing.”

“The same old thing over and over again is not going to work.”–Fresno City Councilman Mike Karbassi

“The real point is we’ve got to get these these bonified gang leaders into custody,” says City Councilman Mike Karbassi. “80 percent of the shootings we have are gang related. That’s an increase of 15 percent over last year.”

Karbassi says more needs to be done to stop the violence. “The same old thing over and over again is not going to work,” he says.

“I’m in the hot seat now. I have a responsibility to do more to make sure people are safe,” says Karbassi. He believes a criminal justice system doesn’t work if repeat offenders are not kept in jail.

In his district, which encompasses northwest Fresno, he says there have been 64 shootings so far this year compared to 29 in all of last year.

“Enough politics, enough games,” Karbassi said. “It’s time for action to make sure we can stop the gang violence and hold these repeat gang leaders accountable for the carnage they’re spreading on our streets and the trauma they’re causing to families.”

“It’s going to require us working with them (non-profits, churches) in partnership.”–Fresno City Councilman Luis Chavez

Council Member Luis Chavez believes there’s a perfect storm happening right now with COVID-19 lockdowns, lack of access to schools, and high unemployment that are all playing a big role.

“We’ve got a lot of teenagers out in the street, unsupervised, out looking for bad things to do in our community,” says Chavez.  “We really have to roll up our sleeves. I see this as an all hands on deck approach where we’ve got to get our churches, our faith based organizations, non-profits, the city, the county, the state, our juvenile justice system, our sheriff. Everybody has to be at the table because this is not just a police problem, it’s a community problem.”

Related Story: Curfew? No Alcohol Sales After 10? Councilman Says Nothing Off Limits After ...

He also believes groups like Fresno Street Saints and Fresno Barrios Unidos have a unique understanding of the community and can help get conversations started.

Chavez doesn’t believe any politician at City Hall has credibility equal to that of community groups that have ‘boots on the ground.’ “It’s going to require us working with them in partnership,” says Chavez.