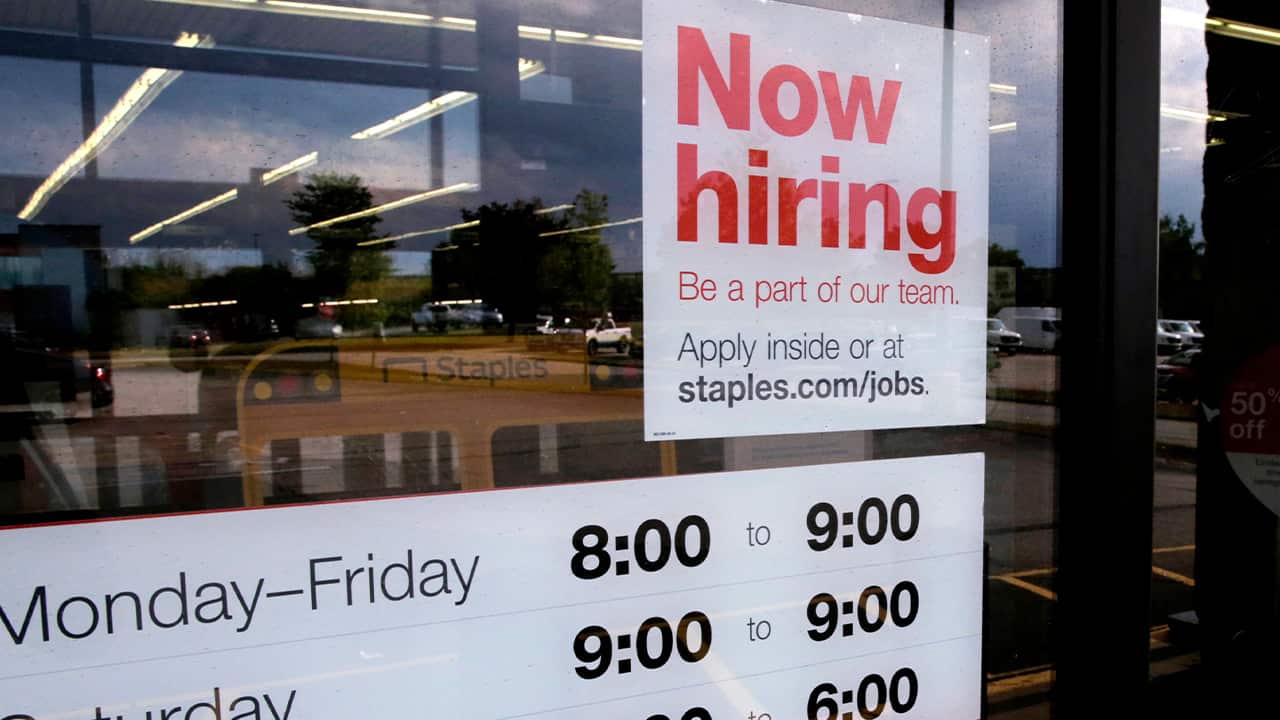 SACRAMENTO — California has regained more than a third of the 2.6 million nonfarm jobs the most populous state lost to the coronavirus pandemic in March and April, state officials said Friday.

The leisure and hospitality sector accounted for half the overall gain of 96,000 jobs, after experiencing the largest month-to-month loss in August, as restaurants, hotels and other hospitality businesses benefitted from the state’s easing of restrictions designed to slow the virus’ spread.

All told, seven of the 11 industry sectors improved in September, dropping the jobless rate to 11%, the California Employment Development Department reported.

The department revised its August figures to add another nearly 12,000 jobs to what it previously said were about 100,000 jobs added then. It had previously reported the August unemployment rate at 11.4%, but on Friday revised it to 11.2%.

The gains particularly in the restaurant, hospitality, retail and construction sectors are all welcome news, indicating that at least some jobs are returning, said Michael Bernick, former director of the state Employment Development Department and an attorney with Duane Morris. It’s further good news that the gains were reported statewide, he said.

The State’s Nearly 16 Million Payroll Jobs Were About 1.5 Million Fewer Than a Year Ago

But Bernick said the “very positive” reports run counter to the economic tracker by Harvard and Brown universities that showed no improvement since Aug. 1, and that local workforce boards are reporting very little new hiring. He suspects the answer is that “California employers are slowly bringing back some of their previous workers, but are not engaging in new hires.”

The biggest September loss was in government jobs, mainly as the U.S. Census shut down temporary jobs. Thursday was the last day for people to fill out their census forms. However, state and local governments have so far largely avoided layoffs.

September marked the second consecutive month since March that the jobless rate was back below the 12.3% high-water mark set in 2010 during the Great Recession.

The state’s nearly 16 million payroll jobs were about 1.5 million fewer than a year ago, before the virus derailed the economy. California’s 8.5% decline from a year ago exceeds the 6.4% decrease for the nation as a whole. The state’s leisure and hospitality sector is still down nearly 580,000 jobs from a year ago, by far the largest year-over-year loss.

The recent increase is encouraging, said Sung Won Sohn, a professor of finance and economics at Loyola Marymount University, but he noted that most of the job gains were in relatively low-paying service jobs, “indicating that the economic impact of the job gains is not as large.”

However, the technology sector added 15,700 new jobs, and he predicted California “will be a big winner” as the economy in general continues to shift to remote working, online shopping and digital streaming. But the pandemic is also speeding a migration to other states with lower taxes and fewer regulations, and he said the state’s economic outlook remains uncertain.

Los Angeles County, the nation’s most populous with more than 10 million residents, continued to lag the rest of the state with a 15.1% jobless rate, given its outside dependence on the service and entertainment industries and large number of minority-owned small businesses.

California, home to nearly 40 million people and the world’s fifth largest economy, lost more than 2.6 million jobs in March and April as the government ordered businesses to close and people to stay home to slow the spread of the coronavirus, which has killed nearly 16,800 Californians.

The state’s unemployment system has been beleaguered by month-long delays, unanswered phones and fraudulent claims, forcing the state to impose a two week “reset” in late September. It stopped processing all new claims while it installed a new identity verification system by ID.me, a Virginia-based company.

The department said it has since reduced that backlog by about a third for initial claims and about a quarter for continued claims, but officials previously said it may be January before the backlog is eliminated.

The state has paid $101 billion so far in unemployment benefits to workers affected by the pandemic. About half of that is in regular state-provide benefits, which are now more than double what the state paid in the three worst years of the Great Recession combined.