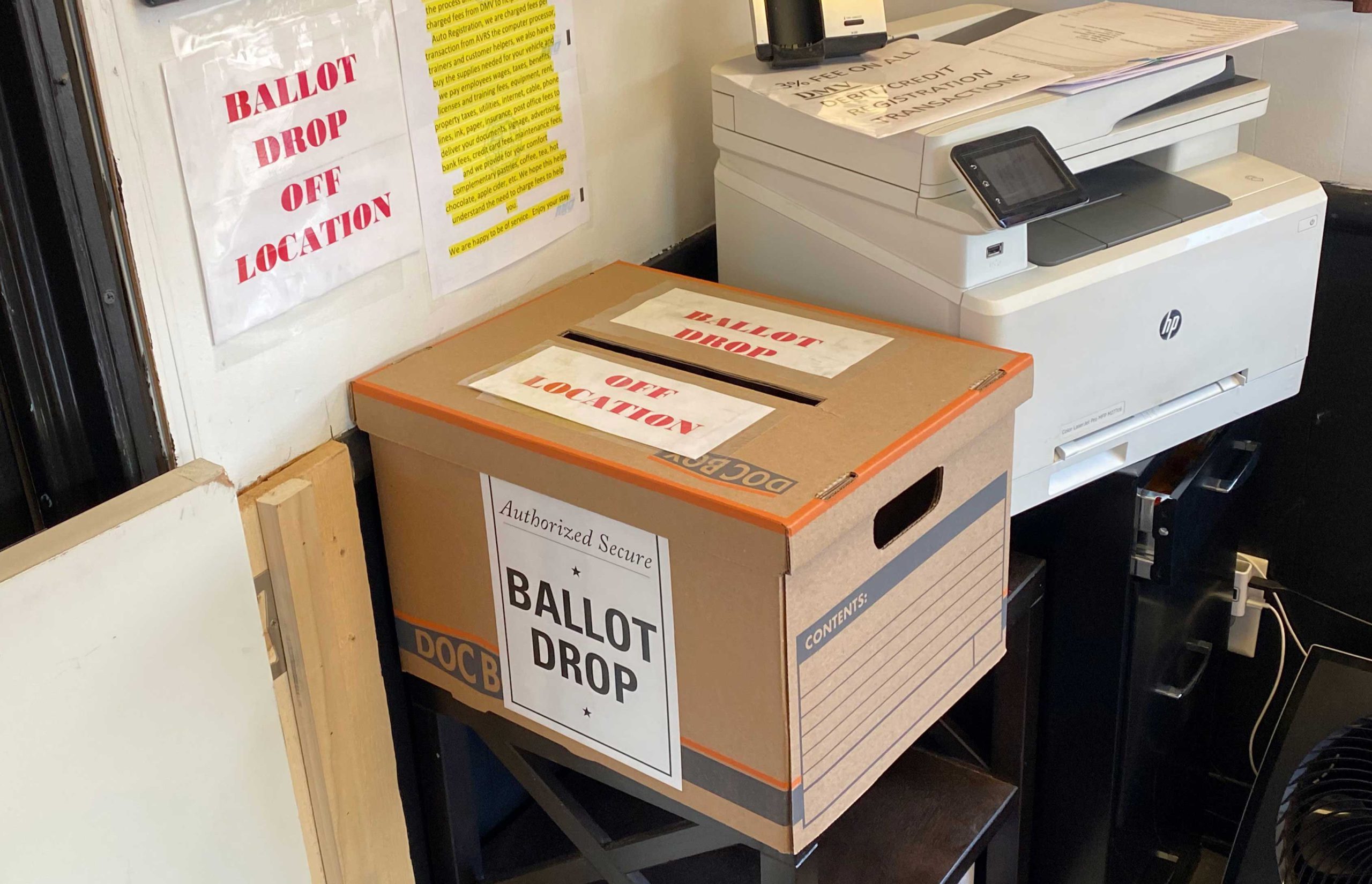 SACRAMENTO — With more than 1.5 million votes already cast in California, state Republican Party leaders on Wednesday said they will not comply with an order from the state’s chief elections official to remove unofficial ballot drop boxes from counties with competitive U.S. House races.

But Tom Hiltachk, the party’s general counsel, said these boxes comply with California’s “ballot harvesting” law, which lets people collect ballots from voters and return them to county election offices to be counted.

Hiltachk said all of the party’s drop boxes are indoors either at county party headquarters, churches or retailers that have agreed to participate. He says the boxes are locked and monitored by people.

“The fact that it is a box does not make it illegal,” Hiltachk said. “If we have to use a bag, then we’ll use a bag.”

Once a voter fills out a ballot, anyone can return it. Most people mail them in prepaid envelopes provided by their county election offices. But others place them in official ballot drop boxes spread throughout the county.

State law defines a “vote by mail ballot drop box” as a “secure receptacle established by a county or city and county elections official.” The Secretary of State has rules about the boxes’ design, how they should be labeled and how often ballots should be retrieved. But county election officials decide how many boxes to have and where to put them.

Political parties will collect ballots from supporters and return them to county election offices, a practice known as “ballot harvesting.” Some states have banned this practice, but it’s legal in California.

Most of the time ballot harvesting is done by volunteers who go door to door to collect ballots from supporters. But this year, Republicans have set up boxes for people to drop off their ballots. Democrats, including Gov. Gavin Newsom, have decried these boxes as an attempt to confuse voters. A cease and desist order from the Secretary of State’s office noted some of these boxes were put in public places and labeled as official drop boxes.

Wednesday, Hiltachk blamed “perhaps an overzealous volunteer” for mislabeling some drop boxes as “official.” He said none of the boxes now carry those labels. Hiltachk said a photo distributed by the Secretary of State’s Office of a drop box on a public sidewalk was just a pastor photographing the box as it was being delivered. He said the box is actually inside the church.

“The letter from the Democrat Secretary of State is a voter suppression effort, aimed at intimidating California Republican Party officials and volunteers from gathering and delivering ballots,” said Harmeet Dhillon, an attorney and member of the Republican National Committee.

Padilla’s office did not immediately respond to a request for comment. Becerra’s office said it had received the Republican Party’s response and is reviewing it.

State law requires ballot harvesters to also sign the ballot they are delivering, but there is no penalty for not doing this. Jessica Levinson, an election law professor at Loyola Law School, said that means voters who put ballots in these Republican drop boxes will still have their votes counted. But that doesn’t mean the party couldn’t be held accountable, she said.

“California is not going to discard all those ballots,” she said. “Could you use that lack of penalty and essentially exploit it to your benefit? I guess my response is, it is still not what the law provides you should do.”

But this year, the coronavirus has changed how people vote. For the first time, California has mailed a ballot to every active registered voter before the election to encourage people to cast ballots remotely instead of in person during a pandemic.

“Californians are voting early in historic numbers,” Padilla said in a news release. “We knew the COVID-19 pandemic would pose significant challenges, but elections officials have prepared and voters have responded.”

Proposal Would Remove ‘Racist’ Names from Fresno Buildings and Parks.