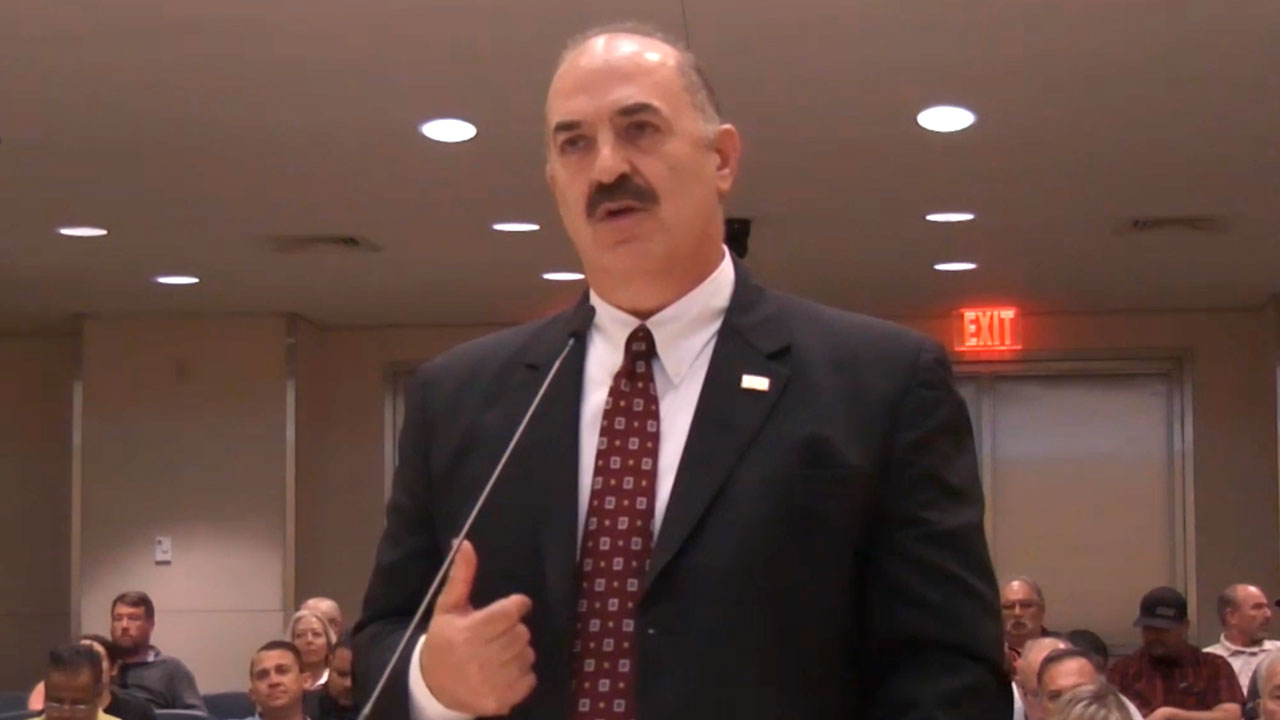 John Gliatta remains steadfast that he made the right decision to delay publishing his findings on recent excessive force allegations against Fresno police.

However, Gliatta raised questions of his own by holding back on publishing his report out of concern, he said, about possible community reaction.

Gliatta will explain his rationale to the city council next week. He spoke with GV Wire℠ exclusively over the phone today.

Gliatta said he was concerned about the timing of his release based on potential internet reaction.

He referenced a June incident where internet chatter of a riot at the River Park shopping center led to a peaceful counterdemonstration. No riot emerged. Instead, police, community and elected leaders came together at the location in a show of solidarity.

“There was paranoia and not for just cause, because people were posting stuff on social media, which was creating some panic,” Gliatta said. “I just thought the last thing that we needed was something else for someone to take it and spin it the wrong way.”

Gliatta wasn’t worried about the peaceful protesters such as the 3,000 that rallied in downtown Fresno on May 31.

“I was concerned about these people — as we would call them, keyboard warriors — who just like to stir it up. So that’s why I elected to hold off, to let emotions die down,” Gliatta said.

Fresno police say their investigation into the perpetrator of the River Park hoax was inconclusive.

During a January 2019 police raid over alleged gang activity, an incident happened between officers and 17-year old (at the time) London Wallace.

After filing a formal complaint and later a federal lawsuit, Wallace alleged police violated his rights. As part of his office’s duties, Gliatta examined the police department’s internal investigation, which was completed in May. He decided that, instead of publishing his findings during his second quarter report in July, he would wait until his third quarter report in November.

Gliatta volunteered his decision at a Commission on Police Reform meeting last month. The decision did not sit well with some commissioners. One called for Gliatta to resign. He says “that’s not going to happen.”

Other members of the public voiced their displeasure at a city council meeting several days later. Several city council members questioned his decision, as well.

“I internally decided not to put it out because I knew the city, the community had some very fragile emotions going on. And I didn’t think it would help matters by putting this up because I contradict what the PD came up with,” Gliatta said on Sept. 16.

City Hall then instructed Gliatta to release his findings prior to the publication of his third quarter report. Last week, Gliatta’s office posted the report to his office’s webpage.

Since its release, there have been no public demonstrations. Gliatta insists he made the right call.

“I’m not going to armchair quarterback and second guess it. If you could tell the future, please pick me some lottery numbers,” Gliatta said.

Related Story: Questions Arise Over Holdback of Fresno PD Use of Force Critique

Gliatta Asserts He is Ethical, Independent

Among the criticisms leveled at Gliatta over the Wallace report were questions over whether he is truly independent from the city’s administration and the police department.

While his office reports to city manager Wilma Quan, who in turn reports to Mayor Lee Brand, Gliatta says he calls the shots of what to investigate and how.

“All my reports are based on my work, my assessment, my reviews. Even though I report to the city manager, she has never changed one word in my report because it’s not a reflection of what City Hall feels. It’s a reflection from a third party with a background in law enforcement,” Gliatta said.

He says this incident has not hurt his credibility with the public, especially since his findings contradicted the police department’s internal investigation.

“If they have an issue with integrity other than the one difference of opinion with this case, I would challenge them to point out something where they questioned my integrity over the last three years,” Gliatta said.

While his office has the authority to review police reports and offer his own assessment, the auditor does not have any disciplinary authority. Any criminal investigations based on the conduct of law enforcement would come from either the Fresno County District Attorney or federal U.S. Attorney.

Neither office has responded to GV Wire’s℠ questions whether they would investigate based on Gliatta’s findings.

During his interview, Gliatta insisted several times he never intended to hide or conceal his report. In his second quarter report, he referred that his findings in the Wallace incident would be released later in the year.

“Talk about transparency. I don’t know what I could have done elsewise,” Gliatta said.

Gliatta says he’s been at the forefront of transparency. He points to taking over the auditor’s office, formally called the Office of Independent Review.

Prior to his arrival, the auditor lived out of town. Gliatta lives in town and has worked in the region for several years. He spent 30 years with the FBI, most recently as the area supervisor.

He urged the council, when creating the parameters for the position, to produce quarterly reports instead of yearly. But, there is nothing dictating the timing of when his findings are released.

Gliatta says he tries to release his findings in the next available quarterly report.

“It’s just something I started and people just got accustomed to it being in the exact same quarter that it was completed, because it’s something I held myself to,” Gliatta said.

As for complaints that he is too “chummy” with police, Gliatta says he has more access to police records and reports than most auditors.

“It’s a good working relationship. We agree to disagree. They did not agree with my latest findings on the supplemental case, but we put it behind us. We go forward and work on the next issues,” Gliatta said.

The ‘Mozart of Rock Guitar’ Eddie Van Halen Dies of Cancer at 65.