California Wildfires Are Larger Than Ever, but Not Deadlier 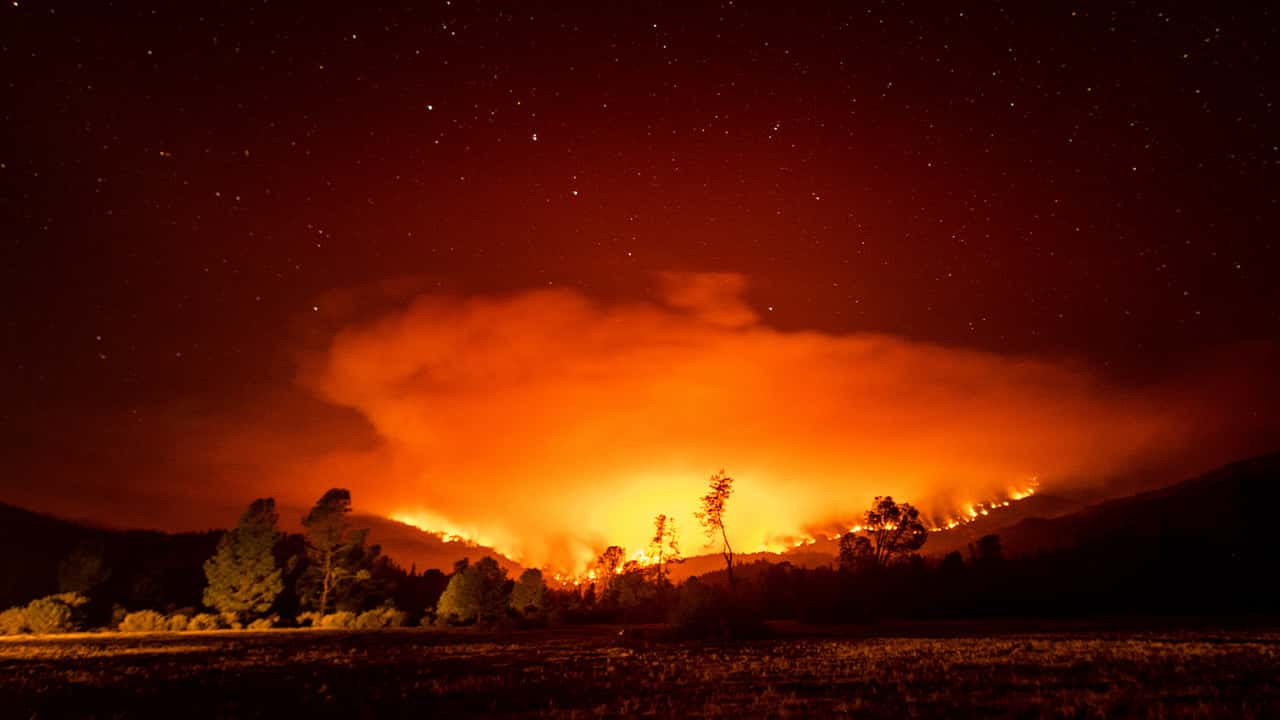 SAN FRANCISCO — With months still to go in California’s fire season, the state has already shattered records for the amount of land scorched in a single year — more than 4 million acres to date, with one blaze alone surpassing the 1 million-acre mark. Five of the 10 largest wildfires in state history have occurred since August.

Beyond their size, how do the scope and devastation of this year’s fires compare to previous wildfire seasons in California? Here are some comparisons:

The 6,250 square miles or 16,000 square kilometers that have burned this year are more than double the previous record for the most land burned in a single year in the state — roughly the size of Connecticut. The previous record was set in 2018 when deadly wildfires destroyed 1.67 million acres (2,609 square miles). The August Complex, burning in the Coast Range between San Francisco and the Oregon border, surpassed 1 million acres, another record.

“We used to think a 50,000-acre fire was huge. Now we’re dealing with an average of over 300,000 acres,” said Scott McLean, a spokesman for the California Department of Forestry and Fire Protection, known as Cal Fire, who called this year’s blazes “horrendous.”

Gov. Gavin Newsom said the amount of land scorched by the August Complex is larger than all the recorded fires in California between 1932 and 1999. A firefighter battles the Glass Fire burning in a Calistoga vineyard on Oct. 1. (AP Photo/Noah Berger)

The wildfires have incinerated at least 8,700 structures, many of them homes, from the San Bernardino National Forest east of Los Angeles to Napa Valley and up to the Oregon border. There have been 31 people killed in the fires. While those figures are terrible, the number of fatalities has been higher in previous years. Many of this year’s biggest fires are burning on largely unpopulated federal land.

In 2017, 37 people were killed as three major fires swept through Northern California wine country, destroying more than 8,800 buildings and leaving a permanent scar in the area for survivors.

Wildfires in 2018 destroyed more than 22,000 structures in the most devastating year on record. They included the Camp Fire, which nearly wiped out the town of Paradise, destroying almost 11,000 homes and killing 85 people. Another 15 people died in other blazes that year.

Since then, officials have become more aggressive about issuing large-scale evacuation orders sooner, and residents seem more likely to heed the pleas to depart. Utilities throughout the state also started implementing planned power outages amid hot, windy, dry weather to prevent their equipment from igniting fires.

Last year, Pacific Gas & Electric for the first time cut electricity to millions of people throughout northern and Central California in the largest preventive outage in state history. The company ordered more power outages this year.

“Paradise was definitely a wake-up call for us,” said Craig Clements, director of the Wildfire Interdisciplinary Research Center at San Jose State University.

“We don’t have hurricanes and tornadoes, fire is our severe weather, and Californians in risk areas need to get used to having the power out for a day. That’s the new normal,” he added.

When the scourge of fires sparked by thousands of lightning strikes hit in mid-August, with major blazes roaring in neighboring states, California found itself short-staffed to fight them. The typical fire shift is 24 hours on followed by 24 hours off, but this year, many firefighters have been unable to leave the line of duty for days.

“I had a friend that’s worked 50 days straight. Some people have stayed on the line 36 hours or 72 hours before getting relief,” McLean said. “The fires have really put a strain on everybody this year. We have never seen anything like this before.”

More reinforcements have come since then, with firefighters arriving from other U.S. states and from Canada and Mexico, but there are still months left to go in the wildfire season and no break in sight.

After months fighting the blazes, 17,000 firefighters working on two dozen major fires are getting a reprieve from the weather this week. While conditions continue to be hot and dry in some areas, temperatures were cooler Tuesday along Northern California’s coast and forecasts say there is a chance of rain Thursday through Saturday.

The cooler temperatures have helped fire crews corral some of the most destructive blazes. The Glass Fire, burning in wine country, was 50% contained Tuesday. In the north end of the state, containment on the Zogg Fire burning in Shasta County grew to 82%.

Numerous studies have linked bigger wildfires in America to climate change from the burning of coal, oil and gas. Scientists say climate change has made California much drier, making trees and other plants more flammable.

“The real crux is fuel moisture,” said Mike Flannigan, who directs the Canadian Partnership for Wildland Fire Science at Canada’s University of Alberta. “The weather’s responsible for how dry the fuels are. Here we’re mostly talking about dead fuels … the stuff on the forest floor on the Earth’s surface. The grass, the needles, the leaves. The drier the fuel, the easier for fires to start.”

California was turned into a tinderbox of dead trees after a five-year drought and a bark beetle epidemic that killed 150 million trees, the largest die-off in modern history. The Mendocino Complex that broke the previous record for the largest blaze in California history tore through steep slopes and canyons filled with dead trees in the Mendocino National Forest in 2018 and took seven months to contain.

“The velocity, the speed of these fires, is consuming so much so fast. We’ve never seen this before,” said McLean, who expects it will take years to replenish the moisture.