Candidates to Be Separated by Plexiglass Shield at VP Debate 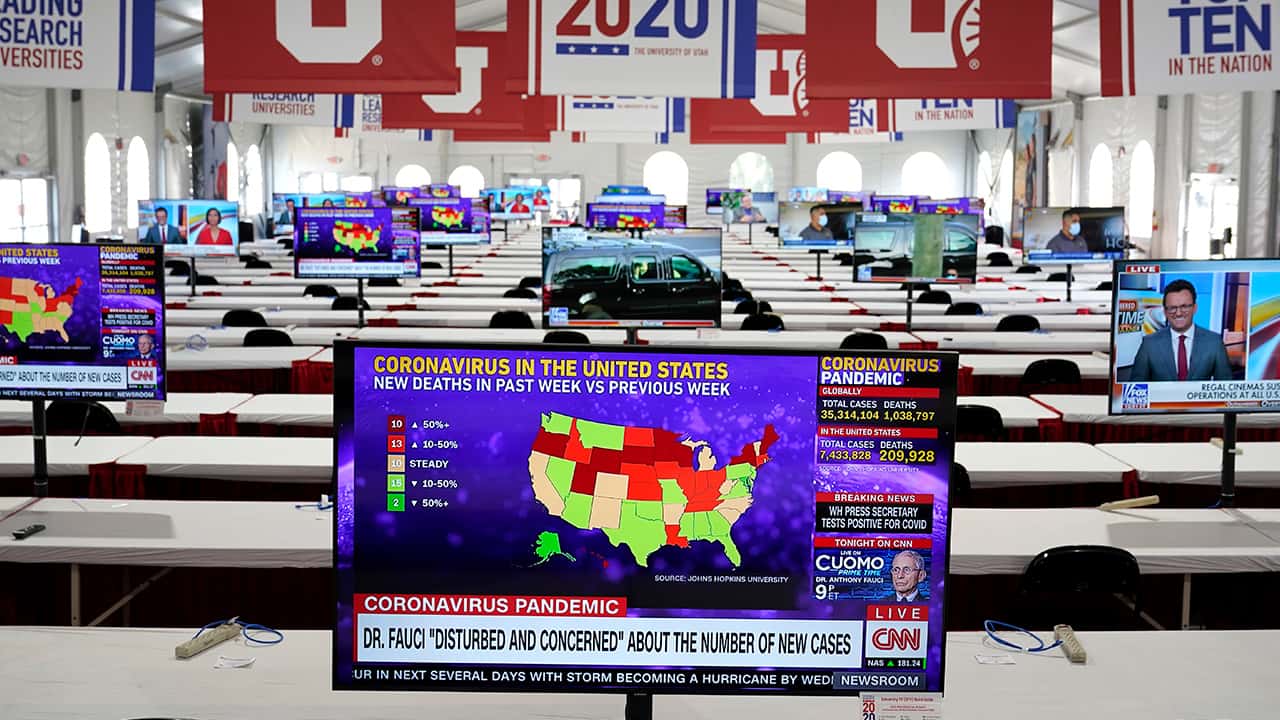 SACRAMENTO — Kamala Harris and Mike Pence will be separated by a see-through barrier to reduce the risk of coronavirus transmission at Wednesday’s vice presidential debate.

The Democratic campaign requested the plexiglass shield between the candidates, according to a campaign aide who was unauthorized to discuss the details publicly and who spoke to The Associated Press on condition of anonymity.

The debate in Salt Lake City will come less than a week after President Donald Trump tested positive for the virus. It is the only planned debate between the two vice presidential contenders and will take on heightened attention following the president’s diagnosis.

The two will be seated more than 12 feet apart from each other during the matchup, according to a person familiar with the debate setup who was also unauthorized to publicly discuss the details. Trump and Joe Biden debated last Tuesday while standing at podiums.

Susan Page of USA Today Will Moderate the Debate

He traveled to Utah on Monday. He is taking a lead role in the reelection campaign while Trump is recovering and unable to hold rallies or other campaign events.

Harris, meanwhile, has been in Utah since Saturday to prepare for the debate. She last reported a negative test on Friday and campaigned in Las Vegas later that day.

The president’s diagnosis puts a new spotlight on the vice presidential debate and on the continued presence of the virus, a key campaign message for Biden and Harris.

Susan Page of USA Today will moderate the debate.