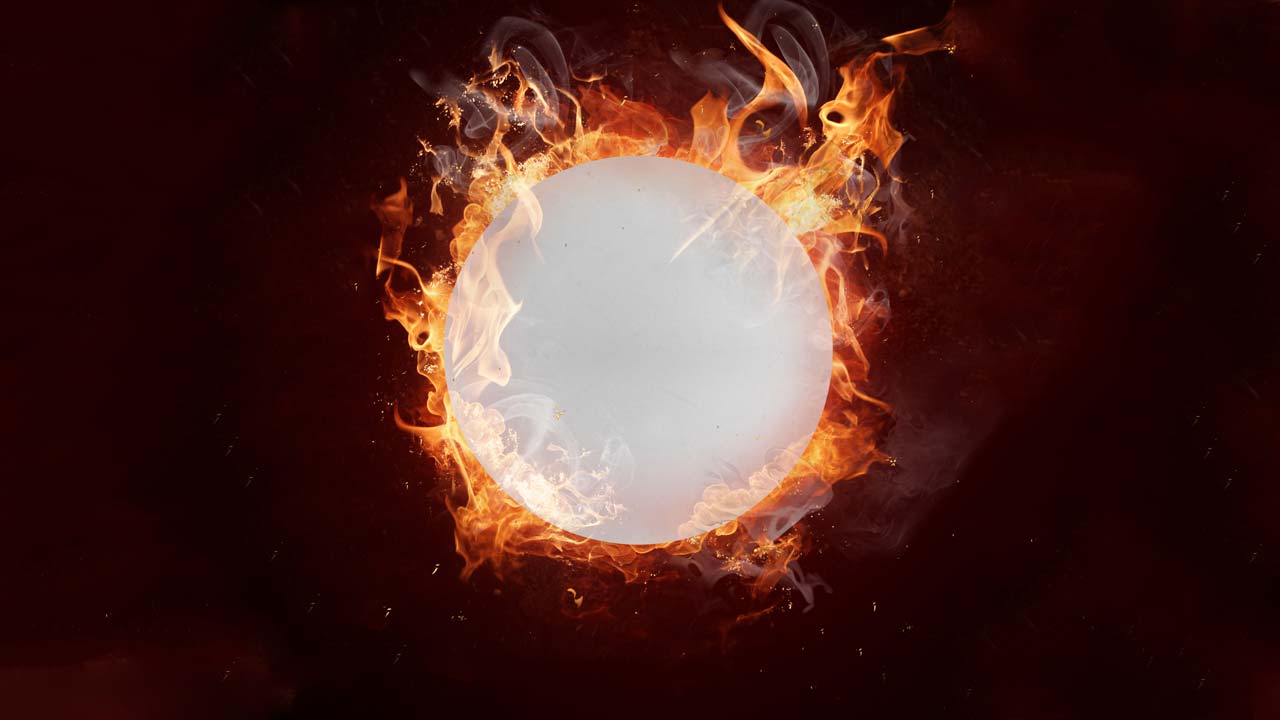 Firefighters battling the massive Creek Fire have added a unique new tool to their arsenal.

Flaming ping-pong balls, also known in the firefighting trade as Delayed Aerial Ignition Devices, are being used to clear brush and other “ground fuels” to help bring the fire under control.

The balls are filled with a compound of potassium permanganate, then injected with glycol just before being released by helicopter over a target area. The combined chemicals begin to burn as the balls reach the ground, igniting and eliminating dry materials that might otherwise feed the larger fire.

Depending on the size of the area, hundreds of the chemically filled plastic balls may be shot out during an operation, using a device called a Plastic Sphere Dispenser.

A U.S. Forest Service report describes the system as “a compact and dependable aerial device used in areas too dangerous for firefighters.”

On Friday afternoon, the Forest Service used the system in the North Zone of the Creek Fire in an area north of Cascadel Woods, said fire information officer Brian Scott.

Scott said the system had not been used on the Creek Fire before Friday. He said firefighters need “clean air” to allow helicopter flights over areas they want to drop the devices, and that has frequently been a challenge.

The PSD system is useful for performing “burn out” operations from existing firebreaks and containment lines back toward the main fire, Scott said. Dropping the balls to  intentionally ignite dry materials prevents that fuel from being available as the fire tries to spread.

The system was first developed in the 1960s in Australia and has since become a standard tool for fighting wildland fires around the globe. It’s considered a safe and cost-effective option for starting prescribed burns, especially in harder to reach areas, under the right conditions. A ‘burn boss” on board the helicopter supervises the use of the PSD system to ensure the intended result, according to Forest Service documents.

As of Friday morning, the Creek Fire had burned over 291,00 acres and was reported as being 36% contained. It is now listed as the largest single fire incident in California history. Close to 3,100 personnel are fighting the blaze.