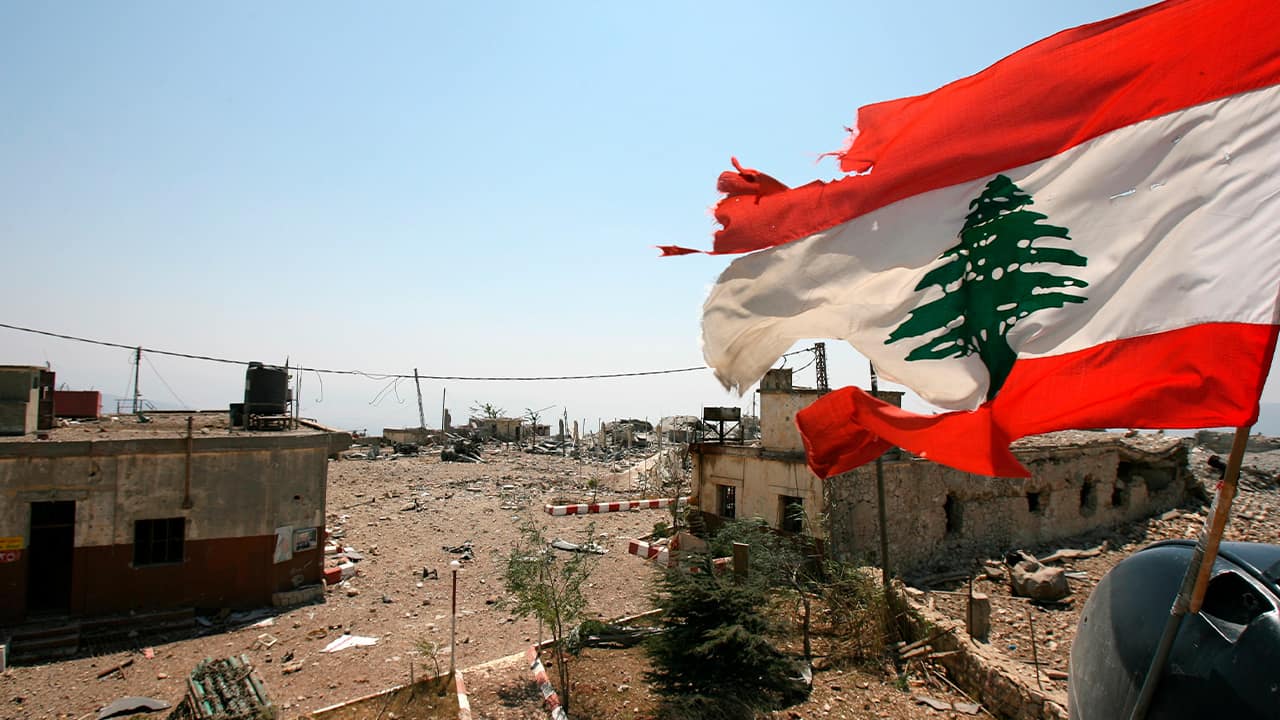 BEIRUT — A powerful explosion shook a Hezbollah stronghold in southern Lebanon on Tuesday, sending thick grey smoke billowing over the village, but the cause was not clear.

Lebanon’s official news agency, NNA, said the explosion in the southern village of Ain Qana, above the port city of Sidon, coincided with intense Israeli overflights “that did not leave the skies” over the area since Tuesday morning.

It said the cause of the explosion, which damaged buildings, shattered windows and caused panic among residents, was not known.

The Israeli military said it had no comment. Hezbollah and Israel fought a month-long war in 2006. Since then, the militant group is believed to have expanded its arsenal, amassing tens of thousands of rockets and missiles that can hit virtually anywhere in Israel.

Members of the Hezbollah group imposed a security cordon around the blast area Tuesday, barring journalists from reaching it. Footage broadcast by the local Al Jadeed station showed damage to buildings and debris scattered across a large area. The shaky footage also showed what appeared to be a minibus on fire. Other footage showed a wrecked SUV parked outside a damaged house.

There was no immediate comment from the Lebanese government.

The mysterious explosion comes seven weeks after the massive explosion at Beirut port, caused by the detonation of nearly 3,000 tons of improperly stored ammonium nitrate. The explosion killed nearly 200 people, injured 6,500 and damaged tens of thousands of buildings in the capital, Beirut.

It is still not clear what caused the initial fire that ignited the chemicals, and so far no one has been held accountable.

An official with Hezbollah, a Shiite militant group, confirmed there was an explosion but declined to give further details. The official said there were no casualties and that no Hezbollah members were targeted. Another local Hezbollah official could not confirm any casualties and said the nature of the blast was not yet clear. Both spoke on condition of anonymity because they were not authorized to give official statements.

A Lebanese security official in southern Lebanon said the explosion occurred in a Hezbollah arms depot in the village, but did not elaborate on the cause. The official spoke on condition of anonymity in line with regulations.

Israel violates Lebanese air space on an almost daily basis, and its aircraft have flown particularly low over many areas in the past few days. The commander of the U.N. peacekeeping force in southern Lebanon, Maj. Gen. Stefano Del Col, told NNA Monday that the force has in recent days recorded a large number of air violations by the Israeli military.

“Such continued violations lead to an escalation of tension and can lead to incidents that threaten the cessation of hostilities between Lebanon and Israel,” he was quoted as saying.

Israel accuses Hezbollah of violating the same U.N. resolution by operating close to the border, where it says the militants maintain forward operating posts and dig tunnels intended for future attacks.

Neither side is believed to be seeking war, but both have warned that the next round of hostilities will be far more devastating to the other side than the 2006 conflict.