Firefighter Who Died in Blaze Was on Elite Hotshot Crew 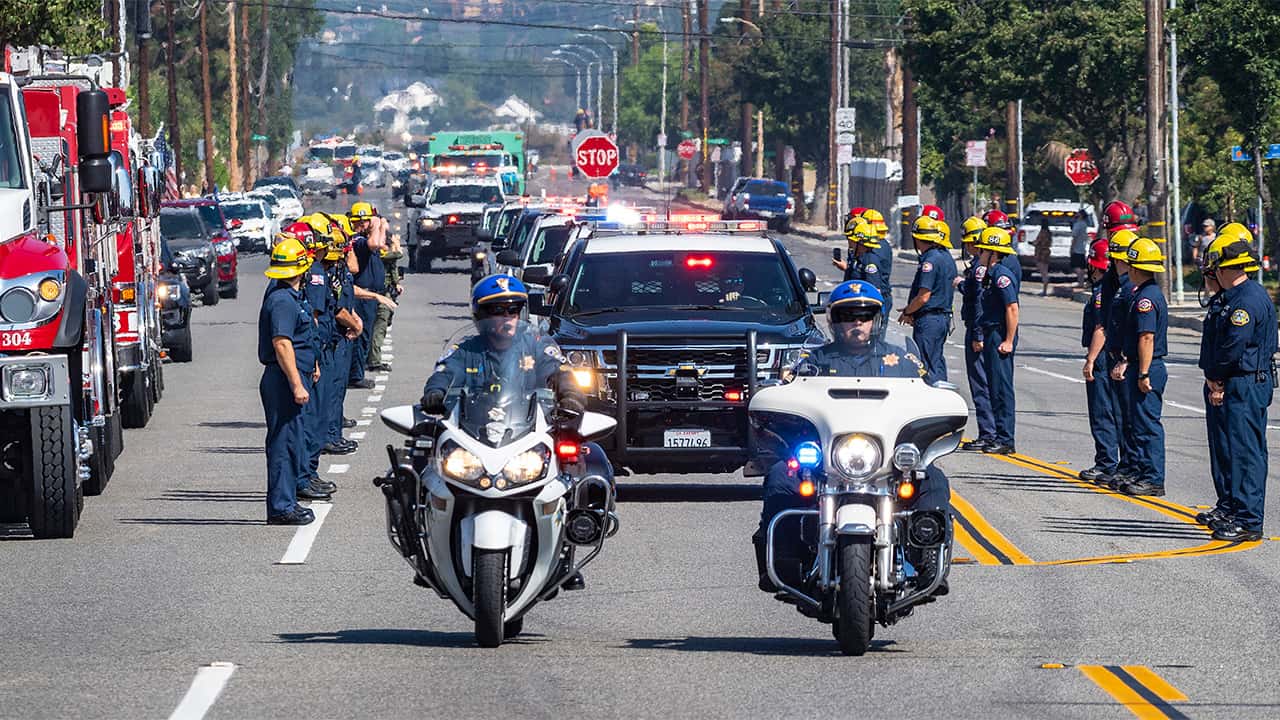 A California firefighter killed while battling a blaze in the mountains east of Los Angeles was identified Tuesday as a member of an elite Hotshot crew dedicated to fighting wildfires.

Charles Morton, 39, a San Diego native, was a 14-year veteran of the U.S. Forest Service and a squad boss for the Big Bear Interagency Hotshots in San Bernardino National Forest, officials said. He was married and had a daughter. Forest Service Chief Vicki Christiansen said Morton was a well-respected leader who was always there for his squad and his crew at the toughest times.

“Our hearts go out to Charlie’s loved ones, coworkers, friends and the Big Bear Hotshots,” she said. ”We will keep them in our thoughts and prayers.”

On Tuesday, a procession escorted Morton’s body from San Bernardino to an Orange County mortuary. Ramon Herrera, also with the U.S. Forest Service, told KTLA he had worked with Morton.

“He always had my back,” Herrera said. “I mean, to lose such a good man, not just a firefighter, but he was a good person, and I’m going to miss him terribly.”

The U.S. Hotshots Association posted a photo of a belt buckle on social media after Morton’s death, writing: “Rest easy brother, may the wind be at your back.”

Hotshots, according to the Forest Service, are highly skilled hand crews and often assigned to work on the most challenging parts of wildfires. They must meet stringent standards for physical fitness and training.

Patrick Gaines, who served on a Wyoming Hotshot crew in the 1990s, said the work is not for people that hold desk jobs during the week.

Morton died Thursday while fighting the El Dorado fire some 80 miles (129 kilometers) east of Los Angeles. On Tuesday, it had burned more than 22,000 acres and was 60% contained. It was sparked when a couple used a device that was supposed to emit blue or pink smoke to reveal their baby’s gender.

Fire officials said the couple fired off the device in a field and it ignited grasses and quickly spread with sweltering temperatures, low humidity and a stiff breeze. The couple tried to put out the flames but couldn’t and called 911.

It was one of more than two dozen fires in the state.

Late-Stage Study of First Single-Shot Vaccine Begins in US