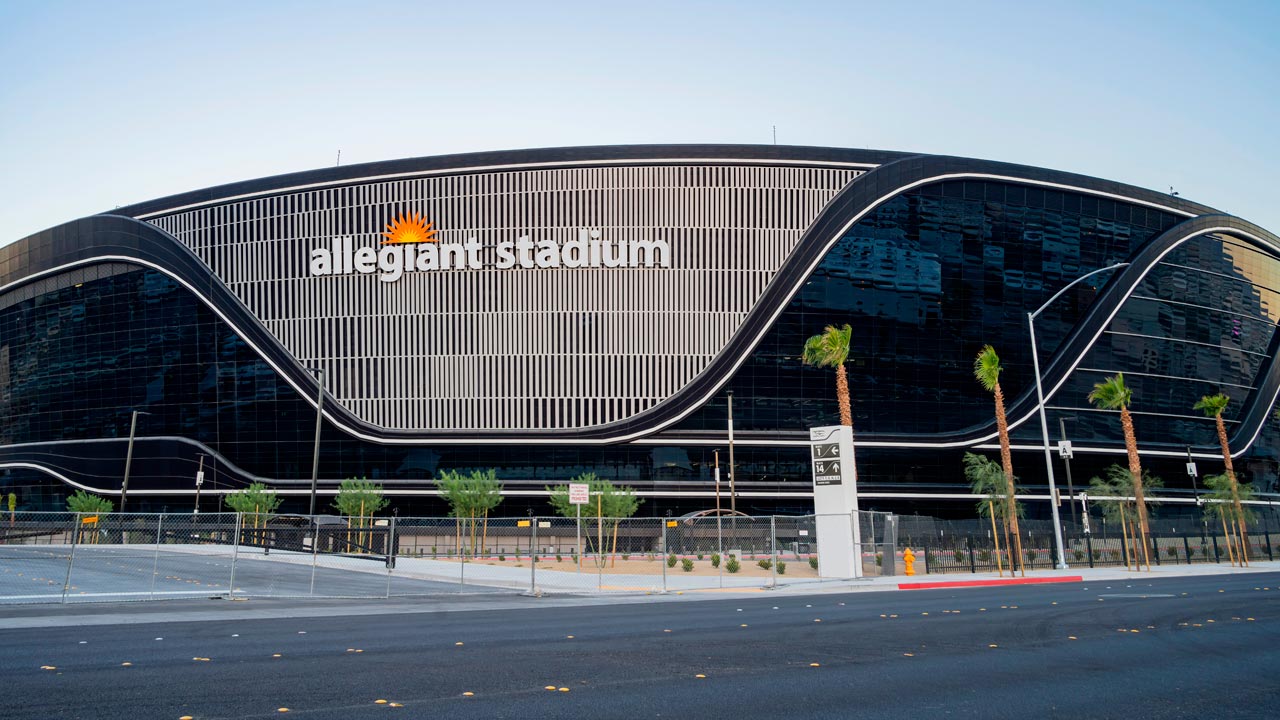 LAS VEGAS — The Death Star comes alive for the first time Monday night in a prime-time debut that just a few years ago would have been unimaginable.

The NFL in Sin City. Even the bookies in this gambling city would never have bet on this happening.

It took a seismic shift in philosophy from a league that once feared sports betting more than anything. It also took a leap of faith by the Raiders — along with $750 million in taxpayer money — to embrace a city that seems to fit perfectly with the culture of the Silver and Black fan base.

The gamble pays off Monday night when the Raiders meet the New Orleans Saints in the opening game of the glittering $2 billion stadium that Raiders owner Mark Davis dubbed the Death Star. They’ll do it in a spectacular new home that looms over the Las Vegas Strip, a far cry from the dilapidated stadium in Oakland where players often churned through a dirt infield.

The moment is bittersweet. No fans will be allowed because of the pandemic, and Davis himself will stay away in solidarity with them. But a national TV audience will tune in for some football and spectacular vistas, and with typical Las Vegas glitz the Killers will rock the nation during halftime from the rooftop of nearby Caesars Palace.

It’s a new era for the NFL, which once forbade players from even going into casinos. It’s also confirmation of Las Vegas as one of the great sporting cities in the world, as well as a needed psychological boost to a town suffering badly from a drop in tourism caused by COVID-19.

“I feel bad that (fans) won’t be able to be at the game, but I do know that with us being here and playing a home game there is still a feel around town: `Oh, the Raiders are playing in town,'” quarterback Derek Carr said. “So, it’s still exciting and I got people driving up next to my car and waving and going nuts and stuff.”

Around the City There Are Fans Wearing Silver and Black

If the Raiders have embraced Las Vegas, the city has embraced them back. Season tickets were quickly sold out even with hefty prices for seat licenses — and before it became clear that no fans would attend the Raiders were the hottest team in the NFL in the secondary ticket market.

Around the city there are fans wearing silver and black, and you don’t have to drive far to see Raiders flags flying. There will be no Black Hole filled with crazed fans as in Oakland, largely because ticket prices are so expensive, but the team is eager to create new traditions in a home it has committed to spend the next 30 years playing in.

And when the lanai doors open on the north end of the stadium Monday night to reveal a panoramic view of the Las Vegas Strip just past the massive torch honoring the late Al Davis, the moment will finally be at hand.

“This is our field of dreams,” Mark Davis told the team last month when it gathered at the stadium for the first time. “This is our house.’’

And quite a house it is. The black glassed stadium —which some say resembles a giant Roomba — sits just off I-15 next to the Las Vegas Strip, looming over the main road that brings tourists in from Southern California. It has a translucent roof, natural grass and seats 65,000, bringing the city a state-of-the-art stadium venue it never had that will be used for concerts, fights, UFC events and likely a Super Bowl.

The view through the huge lanai doors and the Al Davis torch will be the iconic features, but everything about the stadium seems to scream Raiders in Las Vegas, including the location at Dean Martin Dr. and Al Davis Way.

Nevada Ponied Up $750M for Stadium

“It’s imposing and intimidating, and it’s perfect for the Raiders,’’ team president Marc Badain said. ”We love the way it looks.”

A lot of moving parts had to come together — and quickly — to get to this point. The Raiders at first were going to partner with the Chargers on a stadium in Los Angeles, but NFL owners instead decided to approve the new $5 billion stadium built by the Rams that opened last week.

A few weeks after that vote in January 2016, the Raiders were still trying to decide what to do when the phone rang, with former Raiders running back Napoleon McCallum on the line. McCallum, who works for Sheldon Adelson, said the casino owner was interested in getting both a stadium built and an NFL team to put in it.

“Vegas wasn’t really a thought at the time,” Badain said. “They were instrumental in making it happen and guiding us through the process.”

Adelson would later drop out of the project, but the Raiders moved forward. They got state legislators to guarantee $750 million in hotel room taxes, took out loans from the NFL and Bank of America, and then sold a whopping $549.2 million in PSL’s to make up the difference.

The stadium, which will also host UNLV football games, came in on budget and on time. It’s vastly different from the open air complex in Los Angeles that opened to rave reviews last week, but unique in its own way.

“The bright lights, the natural grass in a domed stadium, the spectacular locker room, it’s a state-of-the-art facility,” coach Jon Gruden said. “It’s got everything you can imagine, and I can’t wait to share it with our fans. It’s a lot different than Alameda. No disrespect to the old stadium, but it’s a lot different.”

A Buzz Around Town

The Raiders are trying not to disrespect anyone, counting on fans from around the West — and the world — to fill the stadium on game days once the pandemic has subsided. The team has a regional brand and fans who travel, and Badain said 40% of season tickets were sold to people who don’t live in Las Vegas.

“To have a venue this size adjacent to the resort corridor is overdue,” Badain said. “It’s going to be a catalyst and economic driver for this market coming out of the pandemic. I think this town will rally quickly and we’ll be a big driver of that.”

That will have to wait, at least until health conditions improve. For now, the seats will be empty, just as they are at most NFL stadiums around the country.

Still, there’s a buzz around town. The Raiders won their opener on the road and are undefeated as a Las Vegas team as they return to a city that loves winners more than anything. Pandemic or not, people will gather to watch them on TV in their home debut, and it wouldn’t be surprising to see a lot of fans in black and silver gathered outside the stadium on opening night.

A city built on fun and games got its first major professional sports team just three years ago in the NHL’s Golden Knights. Now it has a marquee team in the biggest league in the country — along with a stadium to match.

“This is now both the sports and entertainment capital of the world,” Badain said.”Who’s going to top this? There’s no competition.”

The ‘Pandemmys’ Were Weird and Sometimes Wonderful