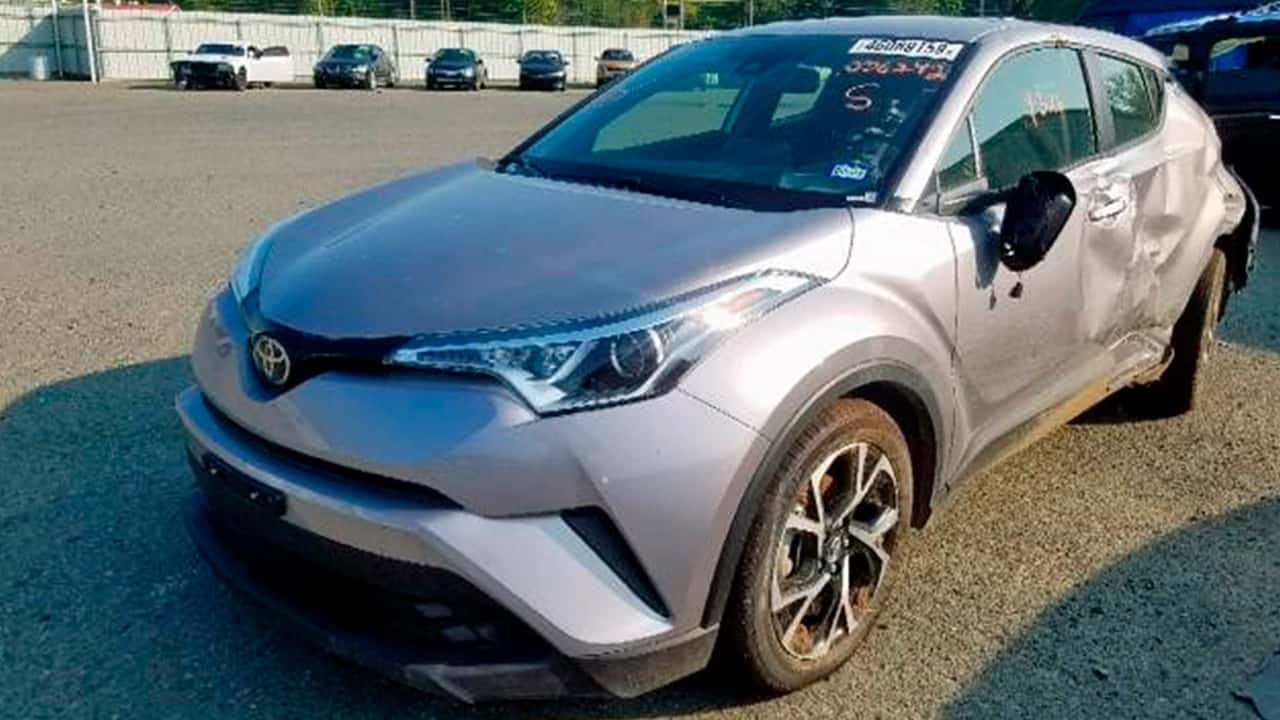 Graphic photos that surfaced online this week appear to show deep bruises on the face of a Black man who died following a police chase in Louisiana last year, raising new questions about whether his injuries were caused by the crash that ended the chase or an ensuing struggle with state troopers.

Separately, the family of 49-year-old Ronald Greene released images of the SUV involved in the May 2019 crash — showing that the vehicle appeared to have sustained only minor damage to its driver’s side.

The juxtaposition fueled calls for State Police to release body-camera footage of the chase and what the agency recently acknowledged was a “struggle” to take Greene into custody after he drove off the road in rural northern Louisiana near Monroe. State Police have declined to release the video or comment on the photos due to ongoing investigations of Greene’s death.

“These photos are atrocious,” said Eugene W. Collins, president of the Baton Rouge branch of the NAACP, who posted images of Greene’s body on his Facebook page. “We have to believe that, from Day One, the Louisiana State Police were not honest with the public.”

The two graphic photos — which appear to have been taken in a medical setting and show apparent bruises and cuts to Greene’s face and scalp — had previously been shared on social media by his family. Attorneys for Greene’s family say it was not immediately clear where the photos came from but that they were consistent with the injuries identified in an independent autopsy they commissioned. Portions of it provided to The Associated Press describe “blunt force injuries to the head/face; facial lacerations, abrasions, contusions” and multiple “scalp lacerations.” Family members of Ronald Greene listen to speakers as demonstrators gather for the March on Washington, Friday Aug. 28, 2020, in Washington, on the 57th anniversary of the Rev. Martin Luther King Jr.’s “I Have A Dream” speech. (Michael M. Santiago/Pool via AP)

Greene’s death, which the AP reported this week is now under federal investigation, has drawn new attention in recent months amid a national reckoning about racial inequality and police misconduct. Greene’s family filed a federal wrongful-death lawsuit in May alleging troopers “brutalized” Greene, used a stun gun on him three times and “left him beaten, bloodied and in cardiac arrest” before covering up his actual cause of death.

While more than a year has passed since the crash, the State Police have offered no public accounting of what caused Greene’s death. A single-page police report released by the agency says the May 10, 2019, police pursuit ended when Greene crashed his vehicle.

“Greene was taken into custody after resisting arrest and a struggle with Troopers,” the report says, adding Greene “became unresponsive” and died on the way to a local hospital.

A crash report obtained by the AP says Greene failed to stop for an unspecified traffic violation and later drove off the road and into a ditch, striking a mailbox and a culvert. The vehicle later “struck a shrub/tree next to a private drive,” the report says.

The crash report — which State Police say is now itself part of a criminal investigation — says Greene was not wearing a seat belt and does not mention any use of force by troopers.

Greene’s family has said the authorities initially told them Greene died in the crash, but they began questioning that narrative after examining his body and the relatively minor damage to the vehicle.

Greene’s Death Was Ruled Accidental and Attributed to Cardiac Arrest

“We were told that he died in a high-speed chase of head injuries after crashing into a tree,” Greene’s mother, Mona Hardin, told the AP. “There was no major damage to the car.”

The family’s lawsuit says that Greene was taken to a nearby hospital and quotes an emergency room doctor who says law enforcement told him that Greene had been “involved in a fight” after the chase.

Greene’s death was ruled accidental and attributed to cardiac arrest, said Renee Smith, the Union Parish coroner who was not in office when that determination was made. Smith said her office’s file on Greene attributed his death to a car crash and makes no mention of a struggle with State Police.

Local prosecutors in Union Parish decided not to bring any charges against the responding troopers but referred the case to the U.S. Justice Department. The U.S. Attorney’s Office in Shreveport confirmed the ongoing federal investigation but hasn’t commented on its status.

The State Police, in an unusual move, opened an internal investigation into Greene’s death on Aug. 25 — 474 days after the crash.

The agency also recently placed on paid leave Master Trooper Chris Hollingsworth, one of six troopers who responded to the crash site. That action was taken Sept. 9 — the same day the AP submitted a public records request for State Police documents related to the case. It was not clear whether Hollingsworth had an attorney who could comment on his behalf.