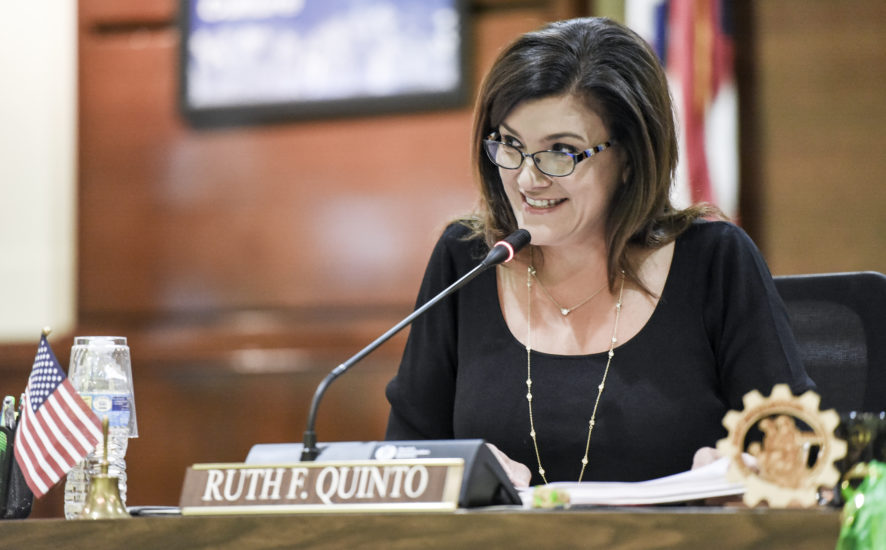 The Fresno Unified School Board on Wednesday approved a severance agreement with deputy superintendent Ruthie Quinto by a 4-3 vote.

The vote comes one week after Quinto’s resignation was announced by superintendent Bob Nelson at the Sept. 9 meeting.

Quinto said she was leaving to spend more time with her younger son, who is in remission with Hodgkin’s lymphoma. Her resignation is effective Sept. 30.

Related Story: Ruthie Quinto Out as FUSD Second-in-Command at End of Month

Fresno Unified did not make the agreement public on Wednesday, even though the 4-3 vote that was taken during the closed session was announced at the start of the public meeting. Chief of staff David Chavez said the board approved the resignation agreement “and release of all claims between Fresno Unified School District and Employee No. 1046186.”

GV Wire℠ had requested the severance agreement Wednesday morning from Fresno Unified, prompting this response from district spokeswoman Nikki Henry: “I will be able to respond to your September 16, 2020 email following the report-out from closed session tonight per the Brown Act, and upon further request from you made pursuant to the Public Records Act.”

In a subsequent text message, Henry said the district “would respond within the appropriate time frame.”

Board president Keshia Thomas and trustees Claudia Cazares, Valerie Davis, and Veva Islas voted for the agreement, while trustees Elizabeth Jonasson Rosas, Carol Mills, and Terry Slatic voted against it.

In Excess of Contract

Jonasson Rosas, Mills, and Slatic told GV Wire℠ they voted against the severance agreement because it provides funds in excess of what is specified in Quinto’s contract.

“I voted no because I take the responsibility of utilizing our limited funds in the best way to serve our students, and this was not it,” Jonasson Rosas said Thursday morning in a statement sent to GV Wire℠.

Mills said she had to limit her comments because of “personnel restrictions.”

Slatic said the agreement will pay salary and benefits to Quinto after Sept. 30. He could not provide specific amounts.

Quinto was paid an annual base salary of $256,279, and the board voted in November to give her a 7.5% pay raise “consistent with the career increment applicable to all other management employees,” Henry said.

Under the contract, Quinto got 25 days of paid vacation yearly and will be paid for 170.8 hours of accrued, unused vacation time, Henry said.

The contract entitles her to lifetime health insurance for her after she retires and her family paid for by Fresno Unified, in recognition of her “indisputable record of excellent performance” that included restoring and maintaining the district’s sound fiscal condition; developing a financing arrangement that led to the construction of the central kitchen; and overseeing the development of the facilities master plan.

Per the contract provided by Fresno Unified, lifetime health, dental, and vision coverage will be provided to Quinto whether or not she was a current or former district employee at the time of her retirement.

Barr Under Fire Over Comparison of Virus Lockdowns to Slavery