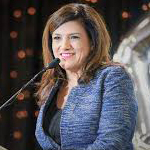 Fresno Unified deputy superintendent/chief financial officer Ruthie Quinto is resigning her position effective at the end of the month, superintendent Bob Nelson announced near the start of Wednesday’s board meeting.

Nelson thanked Quinto for her 15 years of service to the district and for her good stewardship of Fresno Unified, which at one point was on the brink of state takeover because of its poor finances.

Quinto also helped guide the district through several economic downturns, and during her tenure the district maintained a “positive budgetary certification,” he said.

Quinto said she was leaving now to spend more time with her younger son, who in remission from Hodgkin’s lymphoma, and to help him with distance learning.

“It’s now time for me to devote a renewed degree of focus and vigilance to his well-being, and his at-home education, which I know has been challenging,” she said.

Quinto also expressed her thanks to the board of education and her colleagues in the district.

She appeared to be fighting back tears as several trustees said they were grateful for her tenure with the district.

Trustee Valerie Davis said she will always remember some of Quinto’s sound financial advice: “If you don’t drive the budget, the budget will drive you.”

Trustee Veva Islas, who was crying as she spoke, apologized for being emotional as she thanked Quinto and talked about how she was a role model for Latinas.

Islas noted that showing emotion “is one of the characteristics of our people sometimes.”

“It’s not every day that we get a woman of color or a Latina to the heights of becoming a deputy director,” said Islas. “I just really want to thank you from the bottom of my heart for being an incredible role model.

“Because of you, young Latinas get to see the possibility that can be achieved in our community.”