Creek Fire Evacuees Tell Their Tales of Escape and Wait 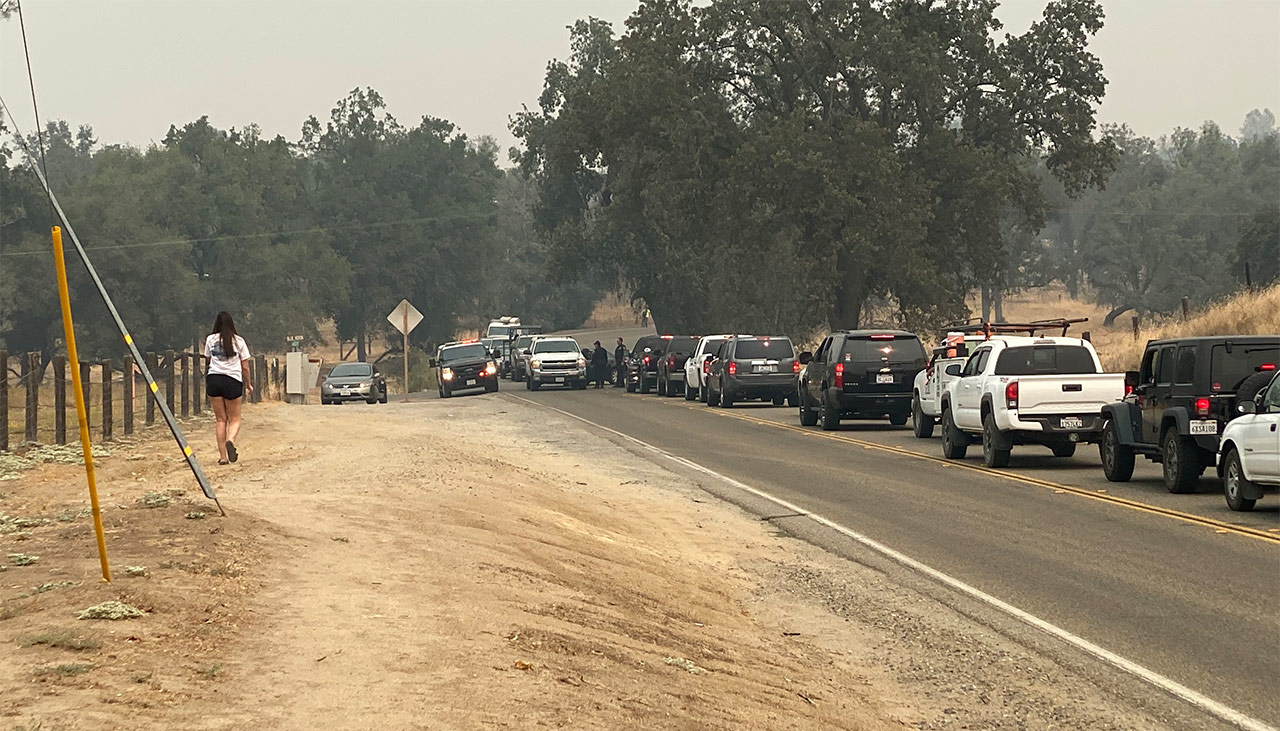 White flecks fell from the sky as if heaven were shedding dry skin.

Instead, it was ashes from the 78,000-plus acre Creek Fire — burning in the mountains in Fresno and Madera counties and forcing evacuations of the residents there.

Emergency officials are encouraging evacuees to stay with family or at a hotel room. If needed, the Red Cross has set up service locations at Clovis North High School and the Oakhurst Community Center.

For some that GV Wire℠ met, they didn’t want to leave town just yet.

“I called my son and my grandson. They came up and we got the trailers out and the trucks and everything, grabbed personal items, photographs, trying to get on my cats. We got two,” Davis-Orlandella said.

Her son, Brandon Davis, tried to keep a level head.

“You kind of panic. You get up there and you have to get a plan because you can run circles real fast, trying to figure out what to grab. Thankfully, we had about five or six people. Everybody had a job to do,” Davis said.

She spent the night with family in Fresno but returned to the Auberry area Monday to bring water and supplies for firefighters.

Davis-Orlandella said this is the fifth time in 24 years fire has forced her from her home.

“This is the worse though. I’ve actually had fire close to my house, but not at the magnitude of this fire,” she said.

Davis-Orlandella also returned hoping to hear from her husband Vita Orlandella, who spent the weekend on a hiking trip at the Dusy-Ershim trail by Courtright Reservoir.

He was supposed to return Tuesday but cut short the trip because of the fire. He is also a tanker pilot, with a shift starting Monday.

His family hasn’t heard from him all weekend.

“We are hoping they are not broken back down back there,” Davis-Orlandella said. “We are just waiting for them to come out. I’m sure they’re fine.”

Later in the afternoon, Sandra learned that her husband was being led out by sheriff’s deputies. Waiting at the Park and Ride 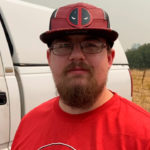 “I’m trying to get home so I can help my 80-year old grandmother and my parents get to get their small amount of animals out.” — Almon Hill, evacuee

Around 11 a.m., northbound Auberry Road at Highway 168 was closed following an evacuation order of Auberry. Almon Hill received word of the evacuation while he was at work.

“ I need to get home and help out,” Hill said was his immediate thoughts. “I’m trying to get home so I can help my 80-year old grandmother and my parents get their small amount of animals out.”

The California Highway Patrol wouldn’t let him or other drivers through. Many pleaded their cases, but the most a CHP officer could do was write down their names and phone numbers on a notepad.

“It’s frustrating, but at the same time, I understand that it’s protocol,” Hill said.

Hill decided to wait it out at the park-and-ride lot at the corner of Auberry Road and Highway 168.

“I’m just waiting as best I can do at the moment,” Hill said.

Hill and the other drivers thought the road was opening up. It was a false alarm. The CHP moved the roadblock further down Auberry Road at Blue Heron Road in order to prevent back up on Highway 168.

Residents are pleading their case to return home through Auberry Road at Highway 168 but being stopped by @CHPCentralDiv #CreekFire pic.twitter.com/7tgx4M8BRM

Take Their Pets and Go

Several evacuees waited it out at the shopping center in Prather, next to the roundabout.

The Subway restaurant offered free meals to anyone who had to leave their home.

Sue and Steve Taber said they only had five minutes to vacate the Sandy Creek Village Mobile Home Park.

“Pack everything up and leave,” Sue said. “It’s scary.”

Fortunately, they had pre-packed most things, but Steve left his phone behind. They managed to bring along their two dogs.

The Tabers aren’t sure what to do next.

“We’re going to have to hang out here,” Sue said.

Steve Taber felt the lack of tree cutting and logging created fuel for the Creek Fire. He was vocal on who he blamed.