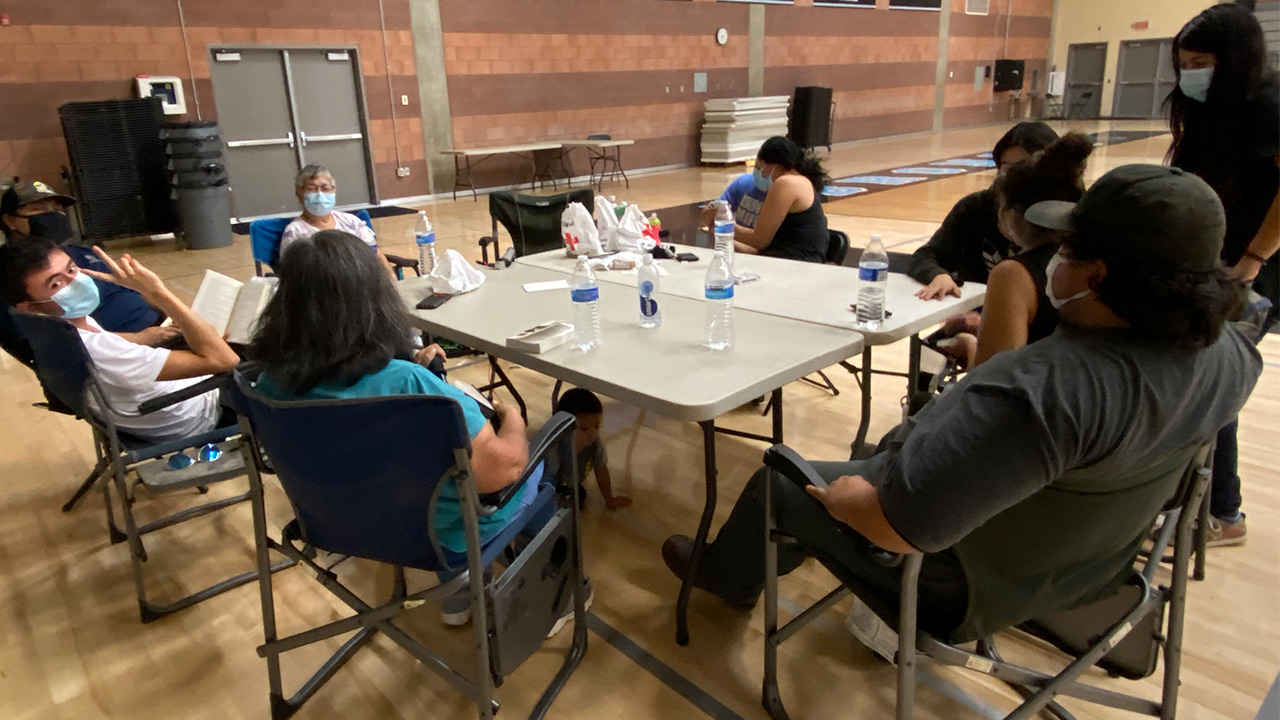 Loretta Sylvas was fanning off flies buzzing around at the Granite Ridge Middle School gym. 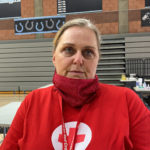 “The best way to help is by a financial donation, because that allows us to do what we need to do and have the flexibility to (help) the people who are affected.” — Lori Wilson, executive director, Red Cross Central California

Sylvas, along with 10 other members of her family spanning four generations, evacuated their homes at the Big Sandy Rancheria in Auberry just hours earlier.

Fortunately, they had enough time to pack up and leave.

“There was stuff you had to leave behind. You can’t bring everything. So, we bought what we thought was important,” said Sylvas.

The items they packed out included photos and other irreplaceable valuables. And, their pets, of course.

Related Story: ‘It Looks Like Mars Out There’: Creek Fire Threatens Shaver Lake

As the Creek Fire burns in the mountain towns in Fresno and Madera counties, the Red Cross has set up a temporary evacuation point on the Clovis North High school campus, which includes the Granite Ridge gym. Another Red Cross location is at the Oakhurst Community Center.

Both locations had to be moved from Prather and North Fork due to the fire’s rapid escalation.

Because of the ever-changing nature of the fire and services provided, the Red Cross Central California Region advises residents to check Twitter or Facebook for the most updated information.

About 50 people came through the Clovis North site, according to Lori Wilson, executive director of the Red Cross Central California Region.

The location has refreshments provided by the likes of Chik-Fil-A, Judy’s Donuts, and the Central California Food Bank.

That includes setting up stays at local hotels. The gym is not a shelter itself.

“Pre-COVID, Red Cross would set up a shelter. We would open our doors to come … you get everybody situated. But because of COVID, we have to be more customized, we have to look at each individual family and their needs and then go from there,” Wilson said.

Wilson advises people to have an evacuation plan.

“The best way to help is by a financial donation, because that allows us to do what we need to do and have the flexibility to (help) the people who are affected,” Wilson said.

Sylvas and her family sat at a table set up in the gym. Some were playing cards. A young boy ran freely in the gym, chased by his mother.

They were waiting hotel availability.

Sylvas says she’s not worried the flames will come near her house. She’s hoping her family can move back later this week.

Travis McFarland, was glad to be with Sylvas and the rest of his family.

“As long as we are together, that’s what counts,” he said. 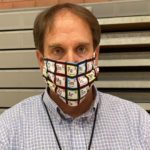 “The biggest challenge has been the fire and the tree mortality. That resulted in a in fire behavior that is not normally seen with that much fuel.” — Fresno County Public Health Director David Pomaville

“It’s a very serious fire. The sheriff’s office did a very good job of orderly evacuating people out of the area in advance of the fire,” Pomaville said.

Pomaville did not know the cause of the fire, which has crossed multiple counties, federal lands, and property owned by utility company Southern California Edison.

“The biggest challenge has been the fire and the tree mortality. That resulted in a in fire behavior that is not normally seen with that much fuel,” Pomaville said.

He praised the various agencies, including Cal Fire and the U.S. Forest Service, for fighting fires.

“The challenges that they faced is there have been a lot of fires throughout California. And so resources are not as plentiful as it is as we would like them to be. But the teams that are out there are doing a very good job of trying to protect life, safety and property,” Pomaville said.

The city of Fresno helped, Pomaville said, by providing emergency shelter at the Fresno Convention Center for those airlifted Saturday night from the Mammoth Pool Reservoir.

Volunteer: One of the Worst He’s Seen

“It really ranks as one of the more major disasters. This fire is just a monster as it’s gotten out of control. So it’s going to rank up there as one of the bigger ones. Yeah, it’s a lot of work.” — retired Fresno firefighter John Martinez

He is part of the Red Cross volunteer team. He usually helps victims of house fires but has helped with other natural disasters around the country.

Martinez serves along with his brother, Jose, also a retired firefighter.

“It is just something we like to do,” Martinez said. “It’s something we both enjoyed. We wanted to give back again … it’s fulfilled the need that we had after retirement to do something.”

Martinez’s day started at 6:30 in the morning, helping those displaced staying at the convention center.

Seeing his share of disasters in his life, Martinez said this is one of the biggest.

“It really ranks as one of the more major disasters,” Martinez said. “This fire is just a monster as it’s gotten out of control. So it’s going to rank up there as one of the bigger ones. Yeah, it’s a lot of work.”

Tell the Red Cross If You Have Safely Evacuated

If you have safely evacuated from the Creek Fire, the Fresno County Sheriff’s Office asks that you register yourself through the American Red Cross Safe and Well website at this link.

This public resource allows family and friends to search for you so they can have the peace of mind that you are well.

Behind the ‘Wild West’ of School Reopenings