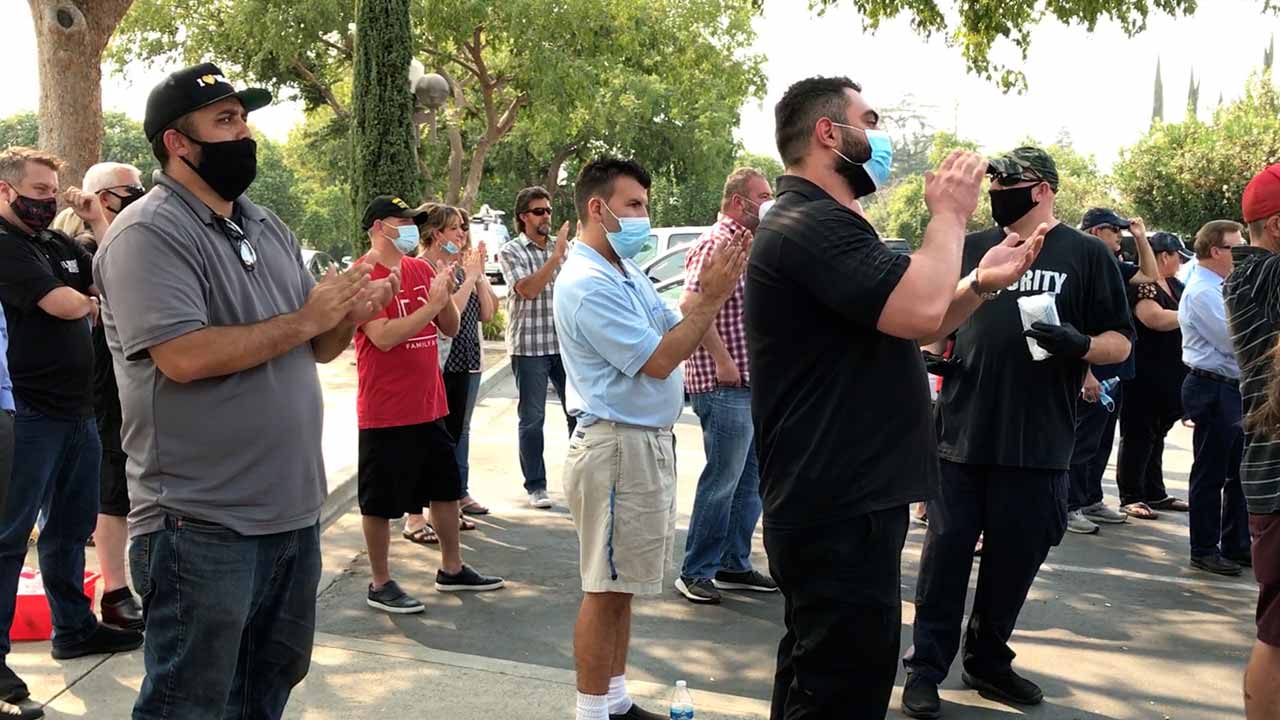 Restaurant and bar owners came together Thursday afternoon for a rally drawing attention to their struggles due to the ongoing pandemic.

Owners said they’re close to their breaking points after being closed for five months. One local bar owner said she had enough money to get by the next three weeks. After that, she wasn’t sure what will happen.

Manny Perales, who recently closed his High Sierra Grill House in northwest Fresno, organized the rally at his Yosemite Falls Cafe at Blackstone and Shaw avenues.

The goal: getting the attention of Sacramento lawmakers who, in Perales’ opinion, are out of touch with the crippling financial realities of the pandemic. He said that the color-coded tier system announced by Gov. Gavin Newsom last week is unattainable any time soon, and will force the closure of many more businesses.

“Don’t hold us hostage to what’s happening in the entire county of Fresno,” Perales said from a podium in front of a crowd of onlookers. He said he’s hoping that other owners, as well as customers, call and email their locally elected leaders to help them reopen. Manny Perales, owner of the Yosemite Falls Cafe restaurants in Fresno, addresses a crowd about getting restaurants back open. (GV Wire/Jim Jakobs) 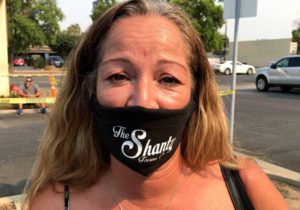 “Our financial situation is, I may be hanging on for dear life. If I can’t get open in the next three weeks I don’t think I can open back up.” —Jeannette Butcher, owner of the Shanty Bar

Jeannette Butcher owns the Shanty Bar on East Shaw Avenue in Fresno. She was brought to tears on stage during her speech about the five years it took to build up her business.

“This would have been a very happy year, because if you make it five years in the bar business, you’re golden,” said Butcher. “Our financial situation is, I may be hanging on for dear life. If I can’t get open in the next three weeks, I don’t think I can open back up.

“I was hoping he (Newsom) was going be a little more ready to put people back in jobs.”

The bar owner added that her nine employees are struggling. She said three were unable to get unemployment, one is losing their home, and another had a car repossessed.

“I’m very worried about them,” she said.

Every bit of unemployment she’s receiving is going towards ongoing business expenses that haven’t stopped. 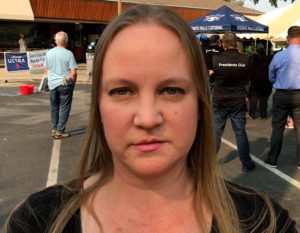 “We have been closed since March. It’s so bad (financial situation) I don’t even want to mention it. It’s sad for our children.” — Christy Jones, co-owner of The Bar, The Other Bar, and The Next Bar

The Bar, The Other Bar, and The Next Bar

Christy Jones co-owns The Bar, The Other Bar, and The Next Bar with her husband.

“We have been closed since March,” she said. Asked by GV Wire℠ how much money they’ve lost during the pandemic, she answered, “It’s so bad I don’t even want to mention it. It’s sad for our children.”

Between her three bars, she has 30 employees that are all on unemployment. She said she gets calls from them every day asking when they’ll reopen. She’s hopeful that Gov. Gavin Newsom will hear their message and allow them to reopen soon. 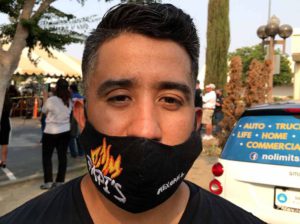 Papi’s Mex Grill owner Raul Gutierrez said his situation isn’t as dire as some of the owners that spoke Thursday. His business was in a better position to offer curbside takeout and outside dining. Still, it’s been difficult for him to keep going with only 50% of his normal business in operation. He estimates he’s lost about $500,000 in sales.

“It’s not just about me. There’s plenty of other restaurants spending thousands of dollars on tents, misters, all unexpected expenses. It’s very difficult,” said Gutierrez.

He’s not pushing Newsom to allow restaurants to open all the way. He’d be fine with reopening in small increments so they can prove how well their safety protocols work.

“We’ve always sanitized. We’ve always cleaned. If there are a few more steps that we have to take, then we’re willing to do it,” Gutierrez said.

“I don’t care about his (Newsom’s) stupid tiered system. The bottom line is these businesses should open up. There is no evidence that hair salons, nail salons, or restaurants spur COVID-19.” — Fresno City Councilmember Garry Bredefeld

Fresno City Councilmember Garry Bredefeld said that Newsom keeps changing the rules of the game. And that leaves business owners searching for answers.

“I don’t care about his (Newsom’s) stupid tiered system,” said Bredefeld at the rally. “The bottom line is these businesses should open up. There is no evidence that hair salons, nail salons, or restaurants spur COVID-19.”

He said that hospitals are not overwhelmed and, meanwhile, businesses are dying.

He pointed to recall Newsom petitions on social media but said he’s not sure how effective they’ll be.

“We’re up against a big problem,” said Brandau from the podium.

He said the only way things will change for business owners is for elected officials to feel the heat from their constituents via emails and phone calls.