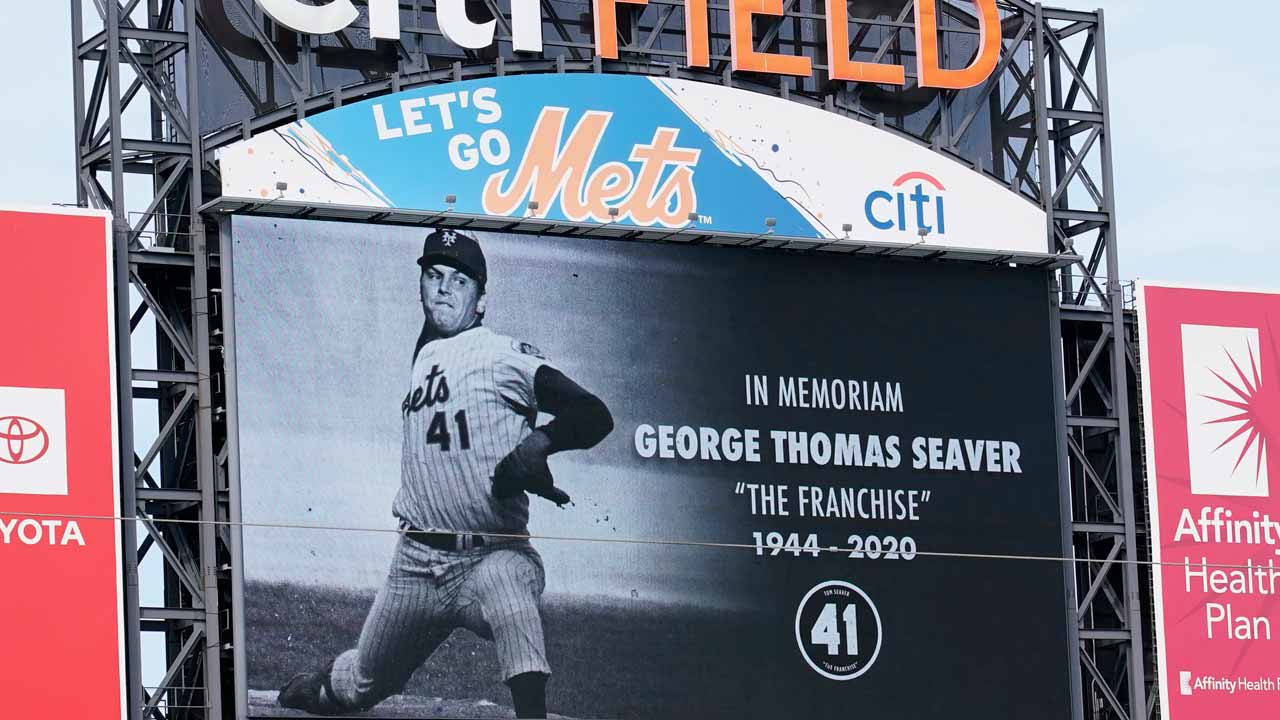 I grew up when any Fresno kid who had a bat and glove or a shoebox stuffed with baseball cards wanted to be the next Tom Seaver.

He was the star pitcher with the big fastball, the network TV commercials, a beautiful wife, Nancy, and the game’s biggest stage — New York City.

To know that he got his start as a Fresno Little Leaguer was proof to thousands in the late 1960s through the mid-1980s they could play in the big leagues, too.

And, so they — along with many Fresno dads — made sure to read the Seaver headlines in The Fresno Bee and check the boxscore every time he pitched.

They memorized the story of George Thomas Seaver, the once scrawny 17-year-old who returned to Fresno several inches taller and 30 pounds heavier from boot camp and active duty with the Marine Corps reserves at Camp Pendleton.

They pored over his stats and cheered as he transformed those loveable losers, the New York Mets, into unlikely World Series champions. His stocky legs, they knew, generated the juice for his fastball and, when the right knee of his uniform was covered by dirt, Seaver was in top form. They embraced what the sportswriters said: Seaver won as many games with his smarts as he did with his arm.

I was one of those kids.

Fresno’s Pipeline to the Majors

They memorized his stats and cheered as he transformed those loveable losers, the New York Mets, into unlikely World Series champions. They knew that his stocky legs generated the juice for his fastball and, when the right knee of his uniform was covered by dirt, Seaver was in top form.

And it wasn’t just Seaver. He was simply the latest in a line of pitchers putting our growing farming town on the map. Dick Ellsworth, Jim Maloney, and Seaver. Each an All-Star and 20-game winner. Each a product of Ollie Bidwell’s powerhouse program at Fresno High.

Youth’s naivete tricked us into not understanding that baseball, like all pro sports, was a perilous path. Nor we did comprehend that this era of Fresno baseball might never be duplicated.

In Seaver, we were witnessing a first-ballot Hall of Famer in the making, one of the greatest — if not the greatest — right-handed pitcher of all time.

But fans use an additional yardstick: stories that are passed down through generations, feelings that don’t fade as time marches on — still as vivid as the day they first gave you goosebumps. Tom Seaver’s No. 41 jersey hangs in the New York Mets dugout before the start of a baseball game against the New York Yankees at Citi Field, Thursday, Sept. 3, 2020, in New York. Seaver died on Aug. 31. (AP/Kathy Willens)

‘Everyone Will Know Who You Are’

In 1992, before leaving to cover Seaver’s Hall of Fame induction speech at Cooperstown, I called Henry Aaron, the all-time home run king, who was working for CNN at the time.

The first three times I called, his secretary told me firmly that Aaron didn’t do interviews. On the fourth try, I pleaded with her to tell Aaron that I was from “Tom Seaver’s hometown” writing about his Hall of Fame selection.

She relented and, about 30 seconds later, Aaron was on the line. He didn’t do interviews, but he would talk about Seaver, who — just like Aaron — was a consummate professional in his approach to baseball.

Aaron told me a version of the story he’s shared with others of Seaver’s first All-Star Game appearance in 1967. Seaver, a rookie, was all of 22 years old and appeared younger.

Though he didn’t say it exactly that way, Seaver again was inspiring us to dare to be great. That’s the Seaver legacy no one should ever forget.

“Some of the players were joking about around, saying who let the kid into the clubhouse?” Aaron said. “I made a point of introducing myself and I told him, ‘Kid, I know who you are and, before your career is over, I guarantee you everyone in this stadium will, too.’ ”

Lyme’s disease challenged Seaver physically after he left the game, and dementia took him from us too soon on Monday at age 75.

Seaver: You Don’t Succeed by Yourself

Though he belonged to the world, especially New York, he never forgot his roots.

In his Hall of Fame speech, he talked about a young kid from “Fresno, California” being enshrined in Cooperstown.

“How in the world could it happen?” Seaver said.

He answered his own question. “Very easily” with education and the support of friends and family.

Though he didn’t say it exactly that way, Seaver again was inspiring us to dare to be great. That’s the Seaver legacy no one should forget.

Related Topics:dementiaFresnoobituaryTom Seaver
Up Next